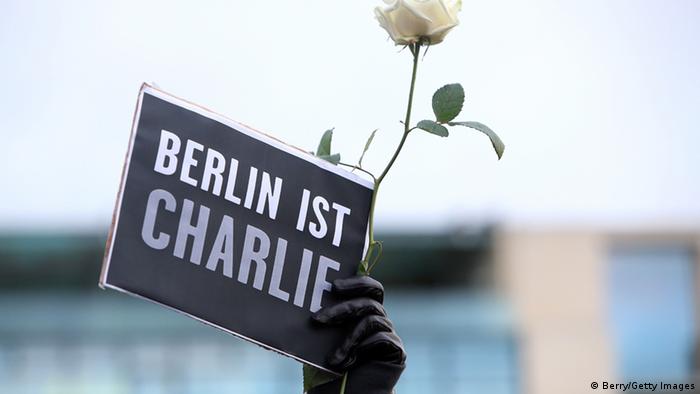 People gathered in cities around the world on Sunday, singing the Marseillaise national anthem and holding up pens in solidarity with France and satirical magazine Charlie Hebdo. The demonstrations coincided with a major ceremony involving well over 1 million people in Paris, described by an official as the largest rally in France's history.

Around 18,000 people gathered in front of the French embassy, next to the Brandenburg Gate, in Berlin; some held up Charlie Hebdo cartoons, while others held pens or signs saying "Je suis Charlie," and other variations on the theme. 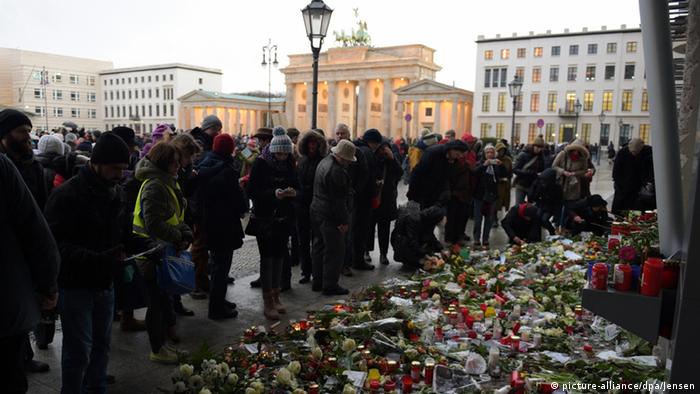 Berlin's memorial began at the French Embassy, near the Brandenburg Gate

A smaller demonstration also paraded through the streets of Bonn on Sunday evening, ending at the Friedensplatz square in the city center.

In Brussels, some 20,000 people marched silently through the city center waving banners with messages including: "United against hatred." 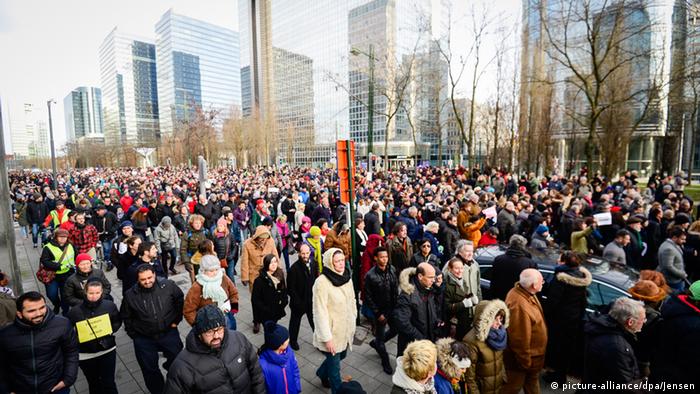 Around 20,000 people marched from Brussels' North station to the South station on Sunday

Londoners paid tribute at Trafalgar Square, while the city was backlit with a French theme over the course of the evening in Paris' honor.

Mourners also gathered in Madrid to honor the 17 victims of terror attacks in France this week. Several hundred Spanish Muslims carried banners saying "Not in our name" at Madrid's Atocha square, next to the train station where bombs on rush-hour trains killed 191 people in March 2004, Europe's deadliest Islamist terror attack.

A small demonstration in Moscow, mainly attended by French expatriates, conducted a so-called Silent March in Gorky Park to honor the victims.

"I am a French citizen who wants to tell the terrorists that we will fight against the terror and for freedom," said France's ambassador to Russia, Jean-Maurice Ripert, who attended the Moscow march.

Demonstrators in Istanbul also gathered for a small solidarity rally, while some 200 people in the Lebanese capital Beirut condemned the attacks. Some carried signs that said "Je suis Ahmed," referring to the name of the French Muslim policeman who was killed by the attackers as he tried to defend the Charlie Hebdo offices.

In Jersualem, several hundred people gathered at City Hall to show their solidarity, while around 200 Palestinians and foreign supporters held a rally in the central Manara Square of the West Bank city of Ramallah. 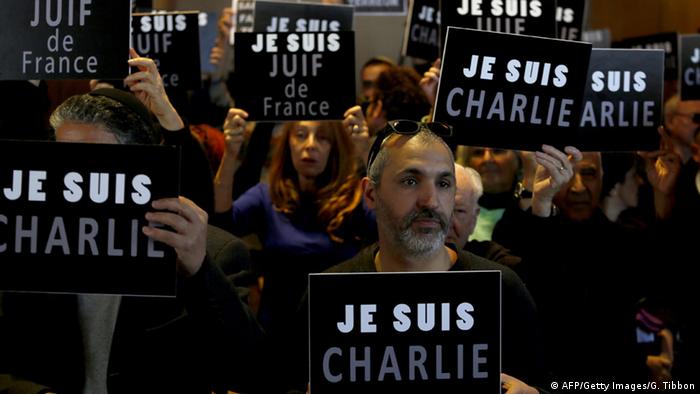 Other major demonstrations took place in Montreal, the Francophone heart of Canada, Sydney, Tokyo, New York, and numerous towns and cities across France itself on Sunday afternoon.

The outpouring of support was difficult to stomach for some. French-based organization Reporters Without Borders, for instance, issued a statement lamenting "the presence of leaders from countries where journalists and bloggers are systematically persecuted" at Sunday's ceremonies in Paris, listing Egypt, Russia, Turkey and the United Arab Emirates. A sign from Reporters Sans Frontieres, in the style of the "Je suis Charlie" images, criticizing such countries could also be seen on display in parts of Paris with the caption "It's hard being honored by the predators of the press."

"It would be unacceptable if representatives of countries that silence journalists were to take advantage of the current outpouring of emotion to try to improve their international image and then continue their repressive policies when they return home," Reporters Without Borders secretary-general Christophe Deloire said. "We must not let predators of press freedom spit on the graves of Charlie Hebdo."