Chandrayaan-2 moon mission aims to show India′s space prowess | Asia| An in-depth look at news from across the continent | DW | 12.07.2019

India wants to solidify its position as a major spacefaring nation by launching its second unmanned lunar mission, which aims to land a rover on the moon's south pole for the first time. 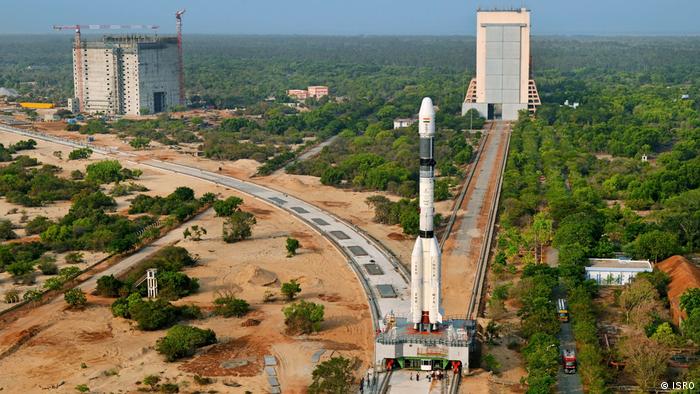 Fifty years after US astronauts Neil Armstrong and Buzz Aldrin stepped foot on the lunar surface in a giant leap for mankind during the Apollo 11 mission, spacefaring nations have once again been turning their focus and resources toward the moon.

On Sunday, India is planning to launch its second unmanned lunar mission, named Chandrayaan-2 or "mooncraft" in the Sanskrit language. The mission aims to land a rover near the moon's south pole for the first time ever.

India will use its most powerful rocket launcher, the GSLV Mk III, to carry the payload. The rocket will put Chandrayaan-2 into a so-called earth parking orbit, from where a firing of its onboard engines will send the spacecraft hurtling toward the moon.

The spacecraft is carrying three exploration robots, including a lunar orbiter, lander and a rover, able to survey the moon from both the surface and the sky. The lander, known as "Vikram," and rover, known as "Pragyan," are headed for the lunar south pole. The proposed landing spot is located on a high plain between two craters, Manzinus C and Simpelius N.

Kailasavadivoo Sivan, chairman of the Indian Space Research Organization (ISRO), describes the 15-minute final descent as the "most terrifying moments."

The moon's south pole is a scientifically interesting and important region, as a much larger portion of it is in shadow than the north pole, presenting a greater possibility of water. India's space agency, the Indian Space Research Organization (ISRO), says the probe will look for signs of water and analyze the chemical composition of soil and rocks.

Chandrayaan-2 is a sequel to India's first lunar mission, Chandrayaan-1, which was launched in 2008. That undertaking helped confirm the presence of water on the moon by deliberately firing an impactor into an ice-filled crater on the lunar south pole. Chandrayaan-2 was originally intended for launch several years ago, but it got repeatedly delayed.

If all goes according to plan, the spacecraft will now reach the moon by early September. And India will become just the fourth nation to have achieved the difficult feat of placing a rover on the lunar surface, following the US, Russia and China.

The success of Chandrayaan-2 will enhance India's prestige as an advanced spacefaring nation.

"ISRO is trying to demonstrate its capabilities in space and the country's capacity for innovation and enterprise," Sumit Ganguly, an India expert and professor of Political Science at the Indiana University Bloomington, told DW. "Chandrayaan-2 should also attract the attention of other states which want to piggyback on to India's space program," he said.

India has invested heavily in its space program over the past decade. The Indian government has increased the annual budget for its space activities by about 15.6% this year to 12,473 crore rupees ($1.8 billion, €1.6 billion). 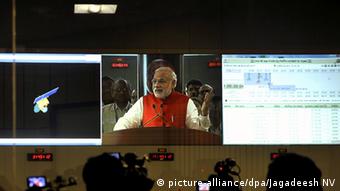 The South Asian nation's space program has grabbed global attention in the past. In 2014, India made history by becoming the first Asian nation to reach Mars. In 2017, it launched a record 104 satellites in one blast-off.

Indian Prime Minister Narendra Modi last year promised to send an Indian national into space by 2022, when the country will celebrate the 75th anniversary of its independence from British colonial rule. ISRO is also preparing to launch a solar mission to study the sun's properties.

Recently, India also conducted an anti-satellite test, shooting down a low-orbit satellite and demonstrating its capability to hit enemy objects in space. Outside of India, the test raised fears of a weaponization of space, but most Indians were proud of the fact that their country acquired this capability.

Critics often question why India spends vast sums on space exploration, when millions in the country still suffer from poverty and undernutrition. But supporters say India has benefited technologically, educationally and economically from space research.

Becoming a spacefaring nation has also translated into tangible economic benefits, they say, pointing to the business of satellite launches. India has already launched many satellites on behalf of several other countries, earning millions of dollars in revenue. 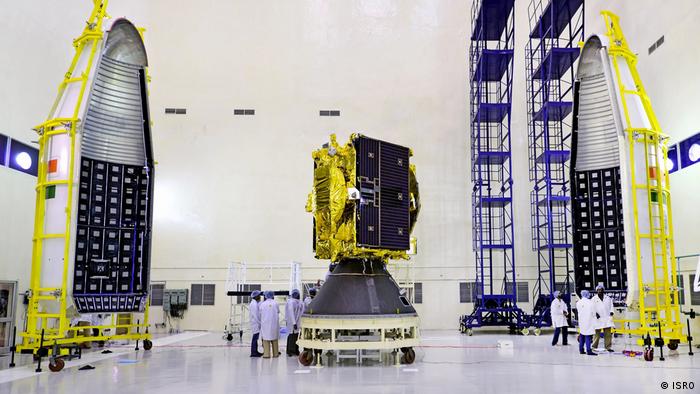 India's lunar mission comes at a time when the world once again appears to be in a race to go to the moon, with countries like the US and Russia revealing plans to launch complex exploratory missions.

Many believe there's a new race for space-related power and prestige in Asia nowadays, particularly between India and China, which also boasts a robust multibillion-dollar space program. China recently became the first country in the world to put a probe on the far side of the moon.

Beijing's ambitious program includes landing a rover on Mars by 2020, building its own space station by 2022 and sending an exploration mission to Jupiter by 2029. In the long run, China also has plans to send manned missions to the moon and Mars.

But Ganguly believes China plays only "a limited role" in influencing India's space program. "For the most part, India's program is the result of a powerful bureaucratic-scientific-technological momentum. It is, for the most part, self-sustaining."

India has successfully launched its heaviest ever "indigenous" rocket, marking a major milestone for the country's low-cost space exploration program. The spacecraft could one day be used to carry astronauts to orbit. (05.06.2017)

India has successfully launched 104 satellites from a single rocket, setting a world record. Most of the orbiting hardware was made up of nano-satellites; the smallest weighing just over a kilogram. (15.02.2017)

PM Modi's vow to send an Indian into space by 2022 sets an ambitious deadline for the nation's space agency to launch its first manned space mission. Experts say it's going to be a very challenging endeavor. (16.08.2018)