RB Leipzig may have a short history but they suffered their biggest ever European defeat at the hands of Manchester United. Marcus Rashford's hat-trick was a reminder to Leipzig of the value of a top-class striker. 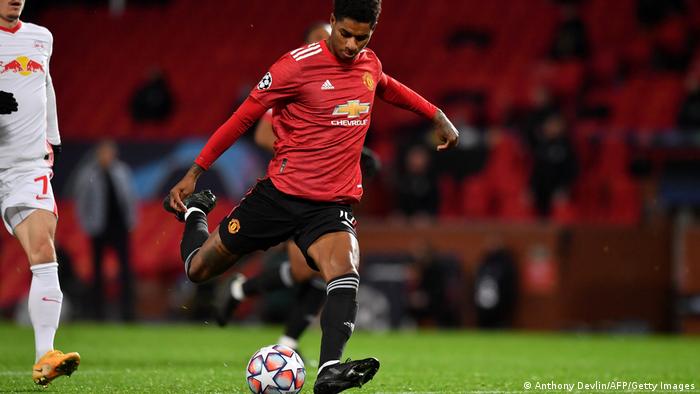 Julian Nagelsmann may now wish he'd worn a different blazer. There was no hiding place for the sartorially challenged RB Leipzig coach as he watched his side malfunction in Manchester. If only his team had been as adventurous as his wardrobe choice.

The scoreline was a little harsh on the Bundesliga leaders, who played well enough to deserve not to be drubbed. But a drubbing is exactly what they got and, with back-to-back games against Paris Saint-Germain fast approaching and Manchester United flying at the top of group, alarm bells will be ringing for Leipzig.

"It's a bit crazy because after we conceded the first goal we did well," a sullen Nagelsmann said. "We had many ball-winning moments, but we weren't good enough in the final third and conceded too easily on the counter-attack. And after the second goal, it got complicated. The last 15 minutes were not good."

"Complicated" is one way of putting it. It's easy – too easy – to point to the departure of Timo Werner as the source of all of Leipzig's ills, but it's on big European nights when the Germany striker's absence is felt most acutely.

The attacking verve that Werner brought to Nagelsmann's team hasn't been adequately replaced, with the coach forced to paper over the cracks by promoting Angelino to wide forward from left-back and placing his faith in the exciting but raw Christopher Nkunku. Neither made an impact here and it was the team with an electrifying striker on the field who are now closing in on the last 16. 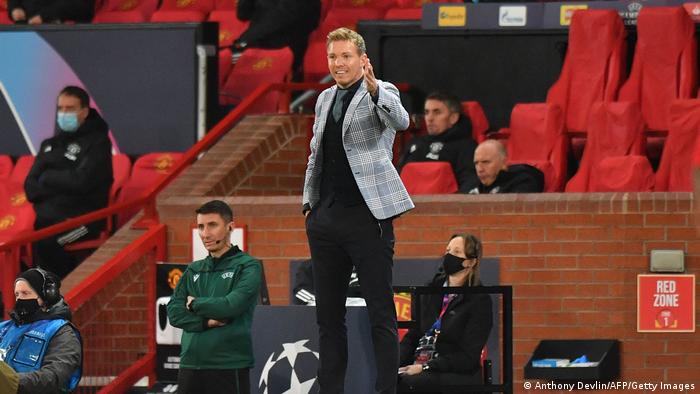 Julian Nagelsmann's outfit stood out more than his team in Manchester.

Manchester United's first two goals came after lengthy VAR checks. The correct decision was reached on both occasions but the margins were so fine that UEFA had to deploy its forensics department to assess whether Mason Greenwood's big toe was in an offside position, and then whether Marcus Rashford was inside his own half when the ball was played. The white coats ruled in United's favor both times and, following the second goal, Leipzig gave up the ghost.

A little like their shellacking at the hands of PSG in Leipzig's unexpected semifinal last season, Nagelsmann's side still lack the maturity to know when they're beaten. The manner of such heavy defeats have the potential to sap energy and confidence levels, and with a crunch trip to in-form Borussia Mönchengladbach this Saturday, there is now a question of whether this defeat comes with a hangover.

Rashford, a man whose recent online campaign to feed hungry children has embarrassed the British government, was the catalyst for Leipzig's capitulation. His explosive 18-minute hat-trick left Dayot Upamecano bedraggled and probably wondering whether Manchester United will maintain their interest in signing him.

It was a callous display of finishing by Rashford, and while Nagelsmann dismissed it merely as a bad day at the office, Rashford's match-winning cameo was a stark reminder of what Leipzig are missing. 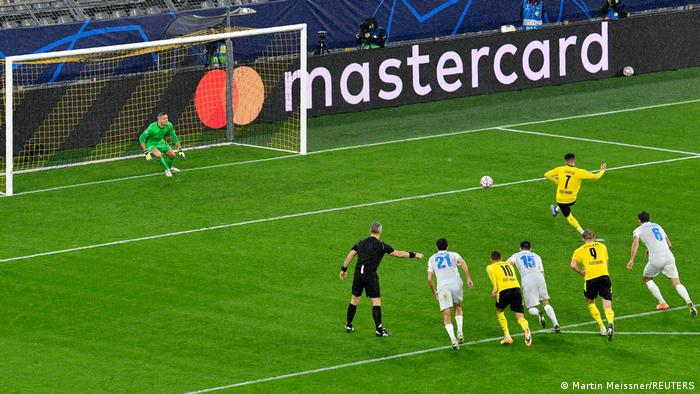 Borussia Dortmund got their Champions League campaign off the ground on Wednesday with a 2-0 win over Zenit St Petersburg — but they left it late to break the Russians' resistance.

Dortmund coach Lucien Favre admitted that it was a game that "won't go down in the history books" as the Bundesliga side toiled for a way through a resolute Zenit defense — but it was a much-needed three points after Ciro Immobile orchestrated victory for Lazio over his former employers last week.

With 12 minutes remaining, Jadon Sancho slotted in from the penalty spot after Thorgan Hazard had been dragged down in the box by Vyacheslav Karavaev. Erling Haaland combined with Jude Bellingham in stoppage time to secure an ugly but vital win on a night when group leaders Lazio could only draw at Club Brugge, who Dortmund face next.