Some of the biggest football clubs in the world are in Lisbon for the Champions League. For the hosts, it's an opportunity to attract much-needed tourism amid the economic impacts of coronavirus, as DW found out. 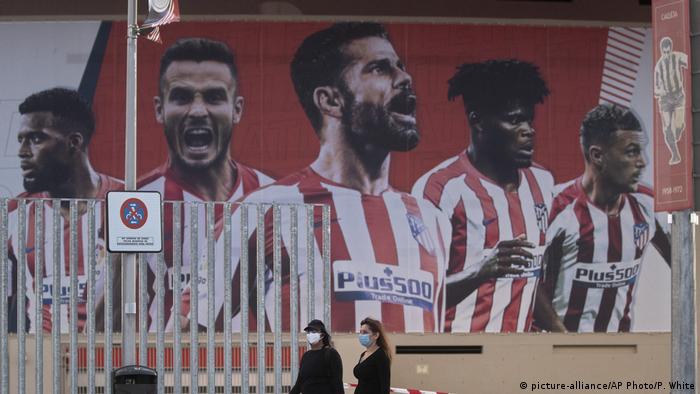 Heading by car into the center of Lisbon by way of the city's vast, impressive Ponte 25 de Abril (25th of April) Bridge, the landscape that fills all vehicles' windows is not too dissimilar to that around San Francisco's iconic Golden Gate Bridge.

A land of opportunity awaits and, unusually around the Champions League, the bigger opportunity in western Iberia is not of a sporting kind.

Having had its tourism hit hard by the coronavirus, Portugal playing host to the pinnacle of club football is the small Atlantic-ocean-facing country's chance to let Europe and the rest of the world know: we are open, and safe, for business.

That Manchester City are among the Champions League challengers is pertinent, at a time when the United Kingdom continues to discourage the visiting of Portugal and enforces a 14-day quarantine period for most of those who opt not to follow pursuant government travel advice. 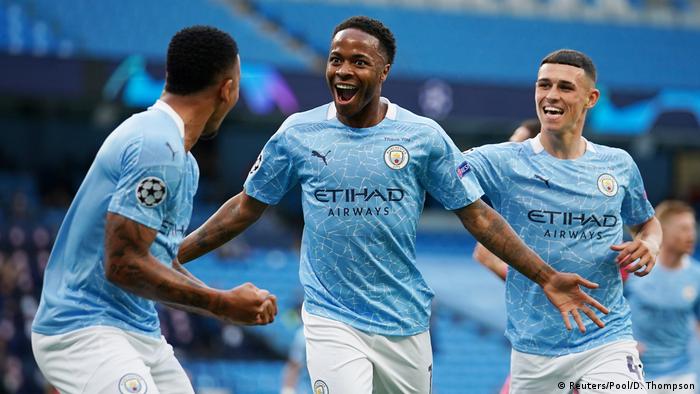 Around 2.5 million British nationals visited Portugal in 2019, which is why, for a Mediterranean country with a population only four times that number, UK holidaymakers are so critical. The four other nations with representatives at European football's grand climax, France, Germany, Italy and Spain, are not imposing UK-style restrictions on Portugal.

"I make journeys for local people who are not here now, but the big problem for me and the others [taxi drivers] is the tourists, we need the tourists," he said.

"This is more of a problem than the financial crisis, because even then the people from other countries still wanted to come here for holidays." 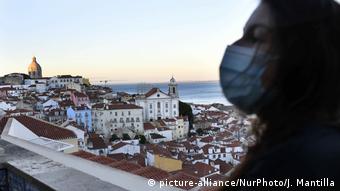 Tourism in Lisbon has been badly hit by coronavirus

Away from the capital, and 260 kilometres south, times are tough for businesses in the Algarve.

"For many years the Algarve has relied for the best part on British tourism and this is the same for us, Britain is the main country," Beatrice Mousca, La Cabane's joint owner, told DW.

"As well, [the UK restrictions] have affected other countries' confidence. I have had messages from Dutch, Spanish and Swedish people, I feel they are worried.

"My husband [the restaurant's other owner, Carlos] is optimistic the Champions League will help, but I am not so sure, as without a green light, I am not so hopeful."

In spite of her struggle to maintain her livelihood in a popular haunt that has been open in the town of Quarteira since 1979, Beatrice is philosophical about the challenge facing her and tens of thousands of other business owners.

"I am of course worried about the future of La Cabane and the Algarve in general, but health is a bigger worry."

While Portugal persists in its UK-political-travel struggle, health is very much a primary concern for European football's governing body, UEFA, as they work from a temporary base in Lisbon.

The two Champions League venues, Estadio da Luz and Jose Alvalade Stadium, are closed to supporters, as has become normal in most of Europe since March, while all eight teams' players, coaches and officials have to pass a Covid-19 test prior to travelling to the Portuguese capital. 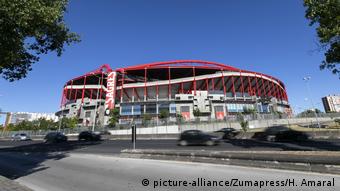 Two Atletico Madrid players, forward Angel Correa and defender Sime Vrsaljko, tested positive for coronavirus on Saturday in the Spanish capital and have not therefore travelled to Portugal.

In a statement, Atleti admitted the news "motivates changes in the training schedules, in the structure and development of the trip and the accommodation in the Portuguese capital." The club then confirmed, on Monday, that the pair are asymptomatic and in quarantine at home. Their relatives have also tested negative while Atleti added there have been no further positive tests.

Nevertheless, UEFA are repeat testing clubs upon arrival into Lisbon and have recommended clubs rent out entire hotels to minimise the risk of coming into contact with others outside of their party beyond match participation and vice versa.

When serial Ligue 1 champions Paris Saint-Germain arrive at Estádio da Luz for the ‘tournament' opener on Wednesday against Serie A's in-form Atalanta, the home of Benfica will, from the outside, look like normal, including the extensive, polished signage of UEFA and its partners. But inside, a 65,000-capacity arena will be empty, quiet, perhaps eerily soulless.

Europe's finest then, including Bayern Munich, who must overcome Barcelona for a spot in the last-four, are tasked with staying healthy – as requested by restaurateur, Beatrice – and facilitating the opportunity for hundreds of millions of Champions League-loving supporters globally to still take in and enjoy a finale to this year's showpiece; and  for Portugal to at least be in a position to experience a golden summer of tourism in 2021. That's another thing on  Beatrice's wish list.

Bayern Munich have learned which potential opponents await them in the quarterfinals, though they still have to complete their last 16 tie with Chelsea. RB Leipzig will face Atletico Madrid in the final eight.