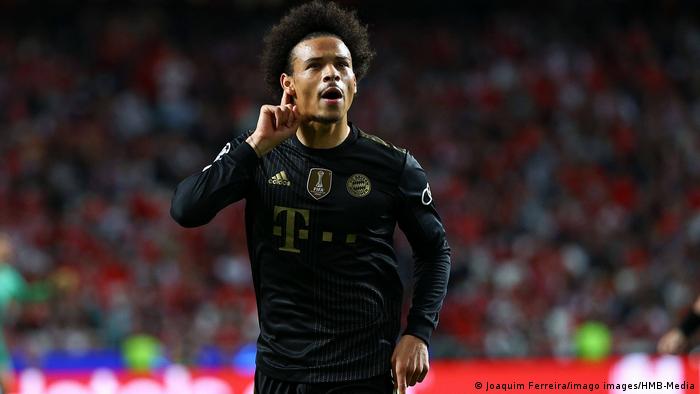 Former Borussia Dortmund midfielder Julian Weigl told kicker earlier this week that it's quite hard to score goals against Benfica. Bayern did need 70 minutes before finally scoring, but 14 minutes later they had four.

Perhaps more than anything else, this was a rare test of patience for a Bayern side used to exposing their opponents in brutal fashion (seetheir win in Leverkusen three days ago).

Right from the start, with Julian Nagelsmann not on the sidelines due to flu, Bayern's players had to be patient with one another. Then they had to be patient in possession, when Odisseas Vlachodimos denied Robert Lewandowski and Benjamin Pavard, when Thomas Müller's 50th Champions League goal was ruled out after VAR spotted Kingsley Coman in an offside position in an early phase.

But Bayern have no problem being patient. Granted, it is easier to do when you can rely on Manuel Neuer to make critical saves, as the 35-year-old did in each half, and when luck is on your side, as it was when Roman Yaremchuk's shot went past the far post midway through the second half.

"They were two important situations. It's great to be there for the team and make such saves," Manuel Neuer, who made his 100th Champions League appearance, told DAZN afterwards. 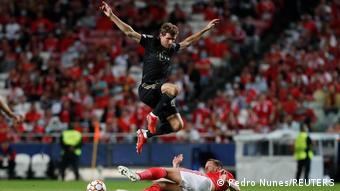 Bayern had to be patient in Portugal

But even in an entertaining, end-to-end game such as this the air of inevitability about Bayern outlasting their opponent remains. This is, after all, what they do.

After their stunning defeat at the hands of Ajax, Borussia Dortmund head coach Marco Rose said that in Munich in such situations "a Joshua Kimmich doesn't just wave it off but is really angry. He burns with a desire to do something about it. That is perhaps the difference."

Bayern were far from humbled by Benfica the way Dortmund were by Ajax, but at the moment in the game when Bayern needed to keep their composure and overcome frustrations of their own, they did just that.

Fittingly, Benfica's stubborn resistance was finally broken when Bayern's most dangerous player Leroy Sané delivered a moment of individual brilliance. After blazing one over in the first half, Sané's fizzing free-kick in the second went millimeters over the wall and past Vlachodimos.

Once that patience had been rewarded, Bayern showed why their ruthlessness is genuine. Serge Gnabry forced an own goal, Sané set up Lewandowski for an own goal before grabbing a second of his own as Bayern finished with a flourish that mirrored their efforts across the game.

"It's always been that way at Bayern Munich," Sané said afterwards when asked about the team's ruthlessness. "It's a big strength of ours and I hope it stays that way."

Other teams aiming to win the Champions League should be wary because even when Bayern Munich have to work for over an hour to score, they have an appetite for so much more.