Borussia Dortmund were stunned in Amsterdam by a stunning performance from hosts Ajax. Dortmund's Dutch opponents delivered such a dynamic display the Bundesliga side stood no chance. 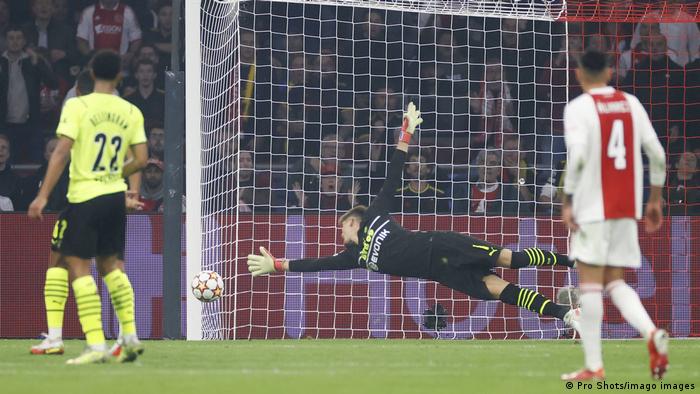 After almost two years away, nearly 3,000 Borussia Dortmund fans traveled to watch their team in Europe on a Tuesday night. They will have left as dazed and confused as Dortmund's players following a scintillating performance from Ajax that handed Dortmund their biggest ever loss in the Champions League.

The home side played the kind of free-flowing, fast, fantastic football that rendered Dortmund's efforts irrelevant. That is not to say Dortmund weren't bad — sloppy defensive errors, poor use of wide areas and an inability to wrestle any control in the middle all proved costly — but Ajax were so good it didn't seem to matter what Dortmund did.

"It's not easy to find the right words at the moment," Marco Reus told Amazon afterwards. "To concede goals like that and the fact that Ajax had so many chances is too easy."

Mats Hummels couldn't keep up with Antony, and the resulting foul led to Ajax's opener when Marco Reus flicked Dusan Tadic's free-kick into his own net. It was the first own goal of Reus' career, and a sign of things to come. 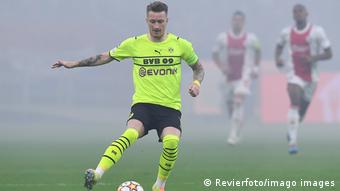 Marco Reus admitted Ajax were too good for Dortmund

Hummels' poor night continued when he sent a header sideways rather than forward, setting up Sebastien Haller to knock the ball down for Daley Blind to smash in off the post.

Suddenly, Dortmund weren't just struggling, they were reeling. Thomas Meunier couldn't control the ball, Axel Witsel was chasing shadows, and, despite having three chances, even Erling Haaland couldn't score. For the first time, the Norwegian ended a Champions League group stage game for Dortmund without a goal to his name.

"We made too many mistakes, and too many simple mistakes today," head coach Marco Rose told Amazon afterwards. "We lost the ball too easily and we invested too little into the final third... It was a very deserved loss."

The most telling part of the defeat was that, despite conceding four goals Gregor Kobel was their best player, making three or four strong saves to avoid a historic night of embarrassment.

"We were too open, it was too back and forth," said Reus afterwards.

Perhaps Dortmund weren't fit. Given the number of players who have struggled with injuries already this season, that might well have been a factor. Perhaps this was a night that exposed deeper issues in the Bundesliga side, or perhaps it was just a reminder to never underestimate Ajax.

Whatever it was, by the time Haller nonchalantly headed in a fourth there was nothing familiar about Dortmund but neon yellow. The Bundesliga side had crumbled in the face of one of the great European performances, and their only silver lining was that it came in a group-stage game.