Borussia Mönchengladbach remain in the hunt for third, despite a 1-1 draw at home to Juventus which sees them eliminated from the competition. Dutch champions PSV cruised to a 2-0 win over Wolfsburg. 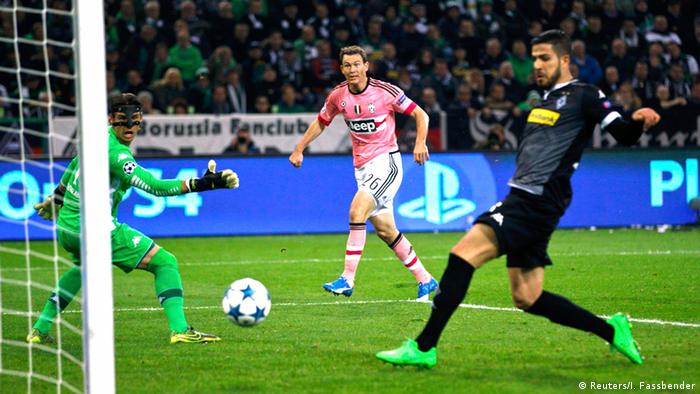 Andre Schubert's reborn Borussia Mönchengladbach side extended their unbeaten run to seven games, but saw their Champions League dreams dashed by last season's beaten finalists Juventus. The 1-1 draw at home on matchday four is only enough for the Foals to battle it out for third-spot in the group and a place in the UEFA Europa League after the winter break.

Schubert's side started at an impressive pace with 19-year-old midfield prodigy Mahmoud Dahoud striking Gianluigi Buffon's crossbar as early as the 13th minute. Even without several important first-team players, Gladbach

US international Fabian Johnson drew first blood on 18 minutes, sliding the ball comfortably past Buffon from the edge of the box - the winger is the sixth American to score in the Champions League. Had World Cup winner Buffon not been on his game, the Bundesliga side could have easily been two or three ahead by the half hour mark.

On 22 minutes, Raffael's shot was turned around the post, while Havard Nordtveit and Granit Xhaka preferred to shoot from distance. The Italians, though, were menacing in the air and Giorgio Chiellini should have leveled on 25 minutes when he headed wide of the post. On 39 minutes, Patrice Evra's header forced an excellent stop from Yann Sommer.

But Sommer was beaten on 43 minutes: Paul Pogba's wonderful awareness and pass played Stephan Lichtsteiner through on goal and the Swiss international fired low-and-hard into the back of the net. Although Juventus had threatened to stifle the encounter, Hernanes' ordering off on 53 minutes handed the home side a life line.

Finding the winner proved elusive for the Bundesliga cracks, with Buffon giving confidence to an imperious five-man backline. On 76 minutes, Raffael and Stindl combined delicately, but the Italian keeper denied the latter from point-blank range. With Manchester City through, and Juventus chasing second, Schubert's side will likely need to defeat Sevilla at home in two weeks to boost their chances of finishing third. 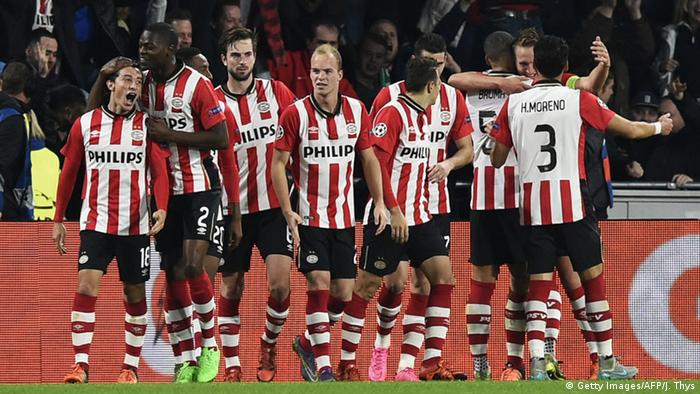 PSV Eindhoven's 2-0 win over Wolfsburg has thrown Group B wide open in the race for a place in the Last 16 of the UEFA Champions League.

Dieter Hecking's men were disappointing as goals from Jürgen Locadia and Luuk De Jong sealed the points for the Dutch champions, coached by former Barcelona legend Philipp Cocu. With two games remaining, Wolfsburg are third on six points, level with PSV in second and one behind Manchester United who lead the pack.

On matchday five, Wolfsburg will head to Moscow before rounding off the campaign at home to Man United where everything could still be on the line. But Hecking will be demanding improvements of his side who had more possession than their Dutch opponents, yet didn't threaten at all.

Locadia was a handful all night for the Wolfsburg defence and one of his four attempts on goal ended up in the net. Just after the break, De Jong beat Timm Klose to the ball and played in the 21-year-old who showed great composure to beat Diego Benaglio and send the home fans into raptures.

Wolfsburg's response was tame and the hosts could have extended the lead on 71 minutes. Adam Maher's header was inches wide of the post, the former AZ midfielder rising above both central-defenders in the box. But former Gladbach forward De Jong, now wearing the captain's armband at PSV, landed the crucial blow on 85 minutes, finishing from close range to secure the win.

"I think we all can be proud of each other," said De Jong post-match. "We played a lovely match as a team; compact, strong, I think we deserved to win."