Bayern Munich's new lease of life has Hansi Flick’s name being discussed among a pantheon of coaching legends. His greatest proving ground still awaits — with a treacherous road to Champions League glory ahead. 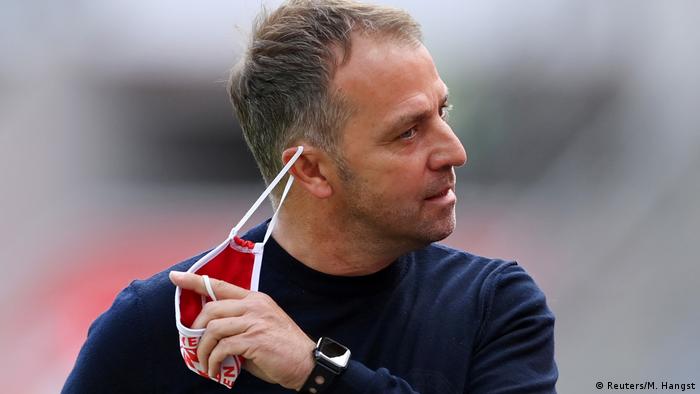 Just four games stand between Bayern Munich head coach Hansi Flick and one of the most golden debut seasons in the club's history.

Talk of legendary head coaches in the Bavarian capital tends to revolve around four names among Bayern Munich’s fan base.

The old school reference Udo Lattek’s unprecedented success, the new school highlight the dominance of Pep Guardiola, while Jupp Heynckes and Ottmar Hitzfeld have both been put on a pedestal.

Just over nine months on the hot seat and Flick’s name is already on the fringes of the debate. 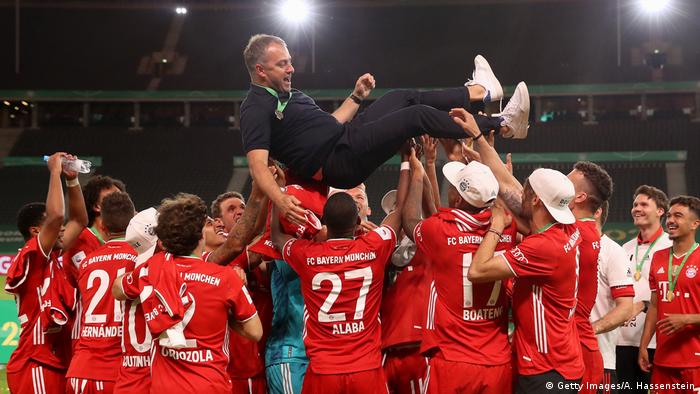 Silverware not enough for survival

Since taking over from Niko Kovac in November, the 55-year-old has restored pride by releasing the shackles on a side that had suffered an identity crisis on the pitch under his predecessor.

A domestic double was his reward, but now Flick is facing up to the challenge of a continental proving ground that has been the downfall of many before him.

Bayern are an elite club built for success. They have the finances, facilities and famous names that often produce the lazy argument from neutrals that anyone could claim silverware at the helm in Munich.

There’s no merit, but it does hint at years of German dominance fostering an environment where only head coaches who thrive in it can achieve longevity - just ask Kovac or Carlo Ancelotti. 32 games, 29 wins and 100 goals in and Flick’s reign has already eclipsed both of theirs.

His dynamic style was the perfect tonic to the pragmatism under Kovac which produced one of Bayern’s most humbling nights in Europe since their title win in 2013. The fact Liverpool went on to win the competition was of little relief.

No endorsement was stronger than that of CEO Karl-Heinz Rummenigge, who credited Flick with restoring a philosophy that “stood for possession, dominance on the ball, a strong positional game and lots of goals."

Flick has succeeded where Ancelotti and Kovac failed in striking a balance between the ruthlessness of Heynckes' second stint and Guardiola's possession-based structure. And he's achieved it while keeping those with greatest influence happy.

"The last time we were this well drilled was under Pep Guardiola," Thomas Müller told the Süddeutsche Zeitung. "Everyone has been allowed to add a personal touch to their position based on preferences, strengths and weaknesses.

"The role was always clear though. There were no ifs, buts or maybes. That's why we were able to come back so well after he took charge."

The question now is whether Flick can deliver what Guardiola couldn't. After all, the lack of a Champions League title remains the pesky asterisk next to the Spaniard's name in the Bayern annals. 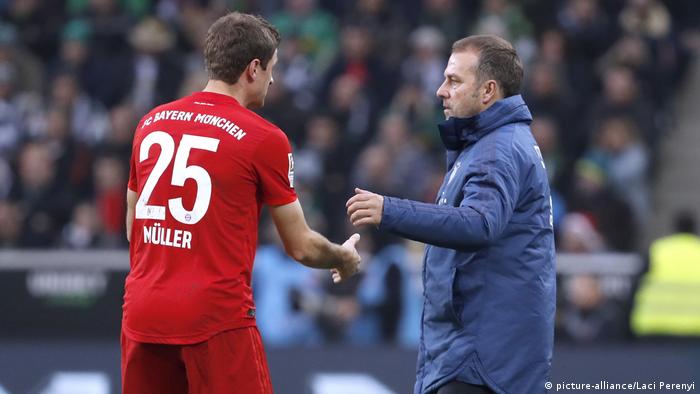 Treacherous gauntlet for the treble

Few Bayern head coaches have been dealt as strong a starting hand for getting their hands on the continent's most coveted piece of silverware in their debut season.

Flick has called for reinforcements of a squad that was forced to adapt and stopgap. However, it's a collective of players that features seven World Cup winners and wouldn't be out of place at a major international tournament.

Bayern is in the midst of a 17-game winning streak in all competitions that dates back to February, which includes the 3-0 first-leg win over Chelsea in the Champions League last 16 in March. But there's a treacherous road ahead for the German champions.

Either Napoli or Barcelona will provide the opposition in the quarterfinals. Should they advance out of the last eight, Real Madrid, Manchester City, Lyon or Juventus potentially stand in their path towards a sixth European crown.

"Of course, you can state objectives, but it's a long way to them," Flick said in a virtual press conference on Monday. "Our next one is to beat Chelsea. We dealt with the league and cup perfectly, and now it's about doing something special. But first, our full focus is on Chelsea."

That statement shows Flick is well aware that, while domestic success is expected at Bayern, the Champions League pulls the strings of their deepest desires and can be the making or breaking of head coaches.

Given Borussia Dortmund's strong recent history of developing young players with high potential, Jude Bellingham's signing makes perfect sense. But does it help them challenge Bayern Munich for the title?