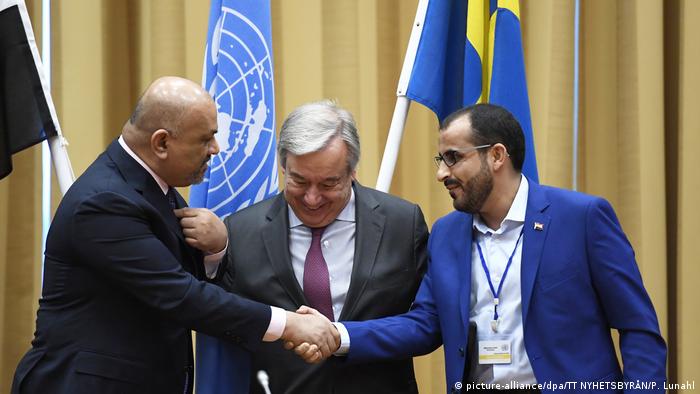 UN Secretary-General Antonio Guterres said Yemen's warring factions had agreed on measures for the embattled Red Sea province of Hodeida, including a ceasefire for its rebel-held port city, part of a key conduit blocked in the past for humanitarian aid deliveries.

Addressing the close of a week of peace talks hosted at Rimbo in Sweden, he said the plan included the deployment of neutral forces, with the UN playing a "leading role," as stated by UN envoy Martin Griffiths.

A cautiously optimistic Guterres said: "This will facilitate humanitarian access and the flow of goods to the civilian population and it will improve the living conditions for millions of Yemenis," adding: "There is a long way to go, lots of agreements needed, it's just a beginning but at least its the beginning of a process."

Calling the port of Hodeida the lifeline for northern Yemen, Lisa Grande, the UN humanitarian coordinator for Yemen, said the UN would use the port to bring in food for an additional 4 million people.

"The 200,000 civilians who have remained in Hodeida are now free from the daily fear of shelling and airstrikes and bombardment," Grande told DW from Yemen's capital, Saana.

The next round of talks is planned for late January, Guterres said, adding that a "mutual understanding" had also been reached for Yemen's third city of Taiz, the scene of past intense battles.

Speaking after the conclusion of talks, Yamani said he regretted that they had not delivered more substantial results, noting that that the ceasefire would remain "hypothetical" until rebels withdrew from Hodeida. Nevertheless, Yamani said: "We are assuming that the other side will withdraw."

The UN-sponsored talks sought to establish a political process to end the divided Arab nation's brutal four-year war amid widespread starvation in a conflict also involving Saudi Arabia and Iran.

The talks had already seen some progress on a prisoner swap.

Guterres, who flew to Sweden late Wednesday, did not refer to Sanaa airport, which has been closed to commercial flights for nearly three years.

Also in Rimbo for Thursday's session, reportedly, were the foreign ministers of the United Arab Emirates (UAE), Saudi Arabia and Britain. 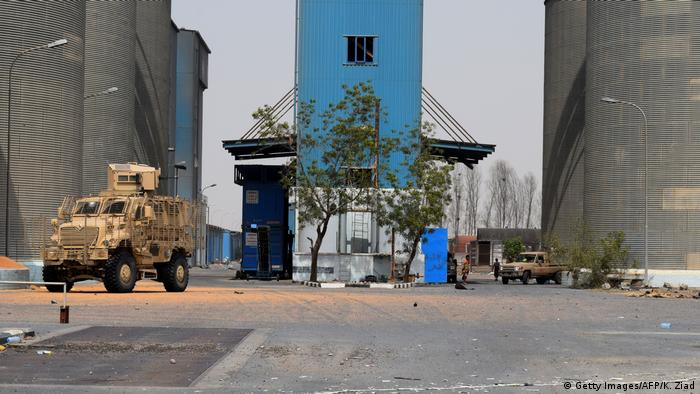 Thursday's announced ceasefire would bring calm to the port of Hodeida, the gateway for most of Yemen's food and humanitarian supplies

News of the ceasefire was welcomed by World Food Program (WFP) Executive Director David Beasley, who said, "Any progress toward peace is good progress as long as it helps the Yemeni people who have suffered so much in this conflict." Beasley noted the fact that almost 70 percent of all food imported to Yemen passes through the port of Hodeida, adding "what all of Yemen needs the most, though, is a permanent, lasting and full peace."

NRC Secretary-General Jan Egeland said, "If implemented in full by all parties, the actions agreed today could have the power to change the course of the crisis in Yemen." Yet, he cautioned that "promises made in Sweden will only be meaningful when civilians in Yemen see a cessation of hostilities, safe corridors for the movement of people and supplies, and concrete steps to restore the nation's collapsing economy."

Griffiths to brief UN on Friday

UN special envoy Martin Griffiths, who brokered the talks, is expected to brief the UN Security Council on Yemen on Friday.

On Wednesday, the US Senate voted by 60-to-39 to advance a congressional resolution that would end US backing for Saudi Arabia's intervention in Yemen — in the wake of the Khashoggi scandal.

Khalid bin Salman, Saudi ambassador to the United States and brother of Crown Prince Mohammed bin Salman, said that his country "strongly supports the agreement," calling it a "major step towards alleviating the humanitarian crisis and reaching a political solution."

Salman took to Twitter to say: "The agreement announced today will help bring back security to the region including the security of the Red Sea, a vital waterway for international trade. We hope that the Houthis accept a comprehensive political solution, in accordance with relevant UN resolutions, that serves the interests of Yemen and its people rather than working on behalf of the Iranian regime's interests."

The negotiations in Sweden — the first since collapsed talks hosted by Kuwait in 2016 — were between Yemen's northern Iran-linked Houthi rebels and the government of Abed Rabbo Mansour Hadi, which has had the backing of Saudi Arabia and its military allies.

The rebels controll both Hodeida and the capital, Sanaa, while the Saudi-led coalition dominates Yemen's maritime borders and airspace.

Both sides stand accused of failing to protect civilians, with 14 million Yemenis now at the brink of mass starvation, according to UN estimates.