Voting has begun for the regional administration in Spain's richest region. Catalonia's separatist leaders see the vote as a plebiscite on independence from Madrid. 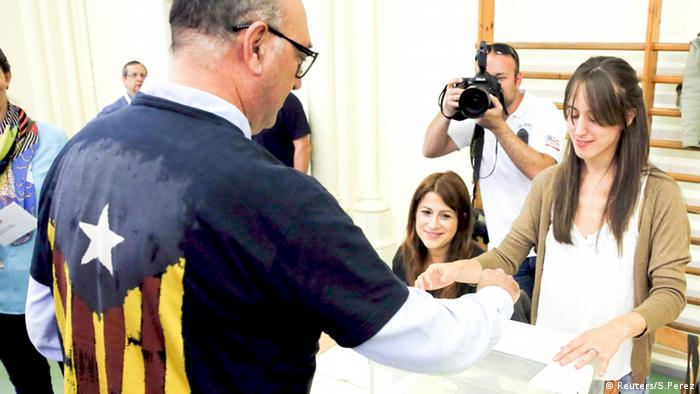 Sunday's elections were being termed as "the most important elections in the democratic era" by center-right newspaper "El Mundo." Spain became a democracy in 1975 after the death of dictator Francesco Franco.

"These elections are special. They have aroused interest and great expectations in Catalonia and around the world," said Catalonia's top electoral official, Meritxell Borras.

Applications for postal ballots had increased by 70 percent compared to the region's last election in 2012, she told journalists, indicating that a larger percentage of Catalonia's 5.5 million voters could participate in the polls this time.

Opinion polls suggested that conservative leader Artur Mas' (pictured above, right) party, the CDC, and its alliance with left-wing parties, called "Together for Yes," could win a majority in the Catalan parliament and nearly half the votes.

If his party wins the regional elections, Mas has promised to implement plans towards independence by 2017. Catalonia makes up 16 percent of Spain's population, 25 percent of the country's exports and around 20 percent of its overall economic output. The region's strategic location on the Mediterranean Sea would mean Spain would lose hundreds of miles of coastline if the region were to break away from Madrid.

Prime Minister Mariano Rajoy (pictured above, left) has so far rejected all bids for Catalonian independence. A referendum to decide on the region's independence was called off in November 2014 after Madrid registered a lawsuit with the Constitutional Court.