The Catalan parliament will meet Thursday to decide how to respond after Spain announced unprecedented measures to stop secession. A Catalan spokesman says the EU will lose credibility if Madrid imposes direct rule.

The Catalan parliament will meet on Thursday to discuss how to respond to the Spanish government's threat that it would impose direct rule, a lawmaker with the ruling separatist coalition said on Monday.

The parliamentary session could provide Catalan separatist politicians with another opportunity to declare unilateral independence following an unauthorized referendum on October 1 that saw a huge majority voting for secession — albeit with a turnout of just 43 percent.

"What happens now, with everyone in agreement and unity, is what we will do and how," Catalan government spokesman Jordi Turull said. 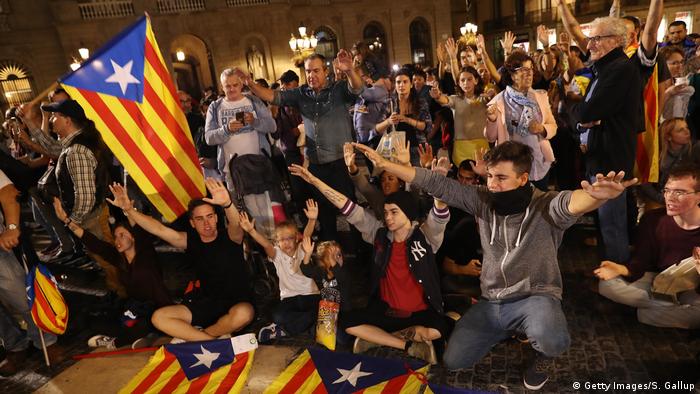 On Saturday, Prime Minister Mariano Rajoy said he would dismiss Catalan leader Carles Puigdemont and his administration and that Madrid would take over control of ministries in a bid to prevent the region from breaking away from Spain.

Catalonia, a region proud of its individual language and culture, has enjoyed autonomous control over its policing, school system and health care.

Puigdemont has accused Rajoy of wanting to carry out "the worst attack on institutions and the Catalan people" since the 1939-1975 dictatorship of Francisco Franco, who took Catalonia's powers away and forbade the official use of the Catalan language.

The foreign affairs spokesman for the Catalan goverment has called on the European Union to intervene to stop Madrid taking over in Catalonia.

"How can the European Union live with that situation if it appears?" Raul Romeva told BBC radio.

"How can they be credible if they allow this to happen? Because what I can tell you is that the people and the institutions in Catalonia would not let this ... happen." 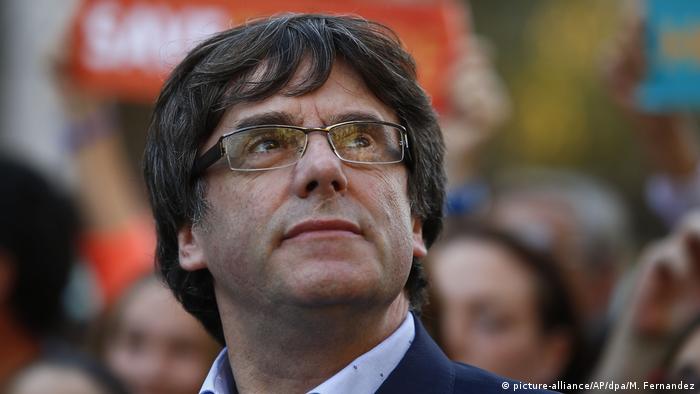 Puigdemont is set to be ousted by Madrid

The crisis in Catalonia comes as the EU continues to grapple with the problems posed by Britain's imminent departure from the bloc and a wave of renewed nationalist tendencies in a number of countries.

The Spanish government insists it is abiding by the rules in implementing Article 155 of its constitution.

"What we are doing is following strictly the provisions of our constitution," Foreign Minister Alfonso Dastis told BBC television.

Dastis also rejected accusations that Madrid was carrying out a "coup."

"If there is a coup d'etat, it is one that has been followed by Mr. Puigdemont and his government," he said.

The Spanish Senate, where support is high for the measures proposed by Rajoy, is set to approve them by the end of the week. Among other things, Madrid plans to take control of the Catalan police force, and call new elections for the regional parliament within six months as required by the constitution.

However, political analysts have warned of trouble ahead if Madrid tries to take control of the region, saying that Catalan police and civil servants could refuse to obey orders if they come from central authorities.

It described the coming few days as "a crucial week for the future of Catalonia," and repeated a call for the Catalan parliament to proclaim independence as soon as possible.