A new report suggests that the Spanish government used the controversial Pegasus software to monitor the phones of dozens of Catalan independence figures. 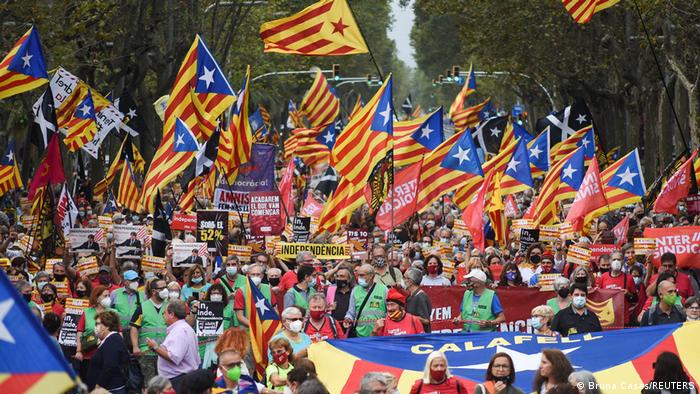 Incidents of phone hacks peaked between 2017 and 2020, when the push for Catalan independence led to Spain's deepest political crisis in decades

Leaders of the movement for Catalan independence said on Monday that the Spanish government was spying on at least 65 people after a report by Canadian research center Citizen Lab found that the controversial Israeli spyware Pegasus had been installed on their phones.

The phones were allegedly hacked between 2017 and 2020, when relations between Barcelona and Madrid were at a low point following an independence referendum that Spain sought to quash.

The kind of espionage they are accusing the government of is illegal in Spain.

Pedro Sanchez of the Spanish Socialist Workers' Party (PSOE) has been Prime Minister since June 2018, after a successful motion of no confidence against former Prime Minister Mariano Rajoy. The software was installed on the phones when Rajoy was at the helm. It is not known if the government of Sanchez was informed at the change of power, though ex-Catalan leader Carles Puigdemont pointed the finger at both governments.

Those targeted include present Catalan leader Pere Aragones, who was deputy leader of the region at the time, ex-regional leaders Quim Torra and Artur Mas, as well as members of the EU and Catalan parliaments and of independent civil organizations.

"We have been spied on in a huge and illegal manner through software that only states can possess," Puigdemont tweeted.

"Politicians, lawyers and activists are all victims of the Spanish state's dirty war," he added.

Pegasus was developed by the Israeli cyber-arms company NSO Group. It can switch on a phone's camera or microphone remotely, and can harvest the data of almost any smartphone running Android or iOS operating systems.

It first came to light in 2016 when it was discovered on the phone of a human rights activist being surveilled by the government of the United Arab Emirates, and has been criticized for its use against dissidents and other activists across the globe.

Security services in EU countries such as Estonia, Finland, and Germany have either used the software or begun negotiations to purchase it. The FBI in the United States had reportedly tested the software but decided against using it.

After years of tensions, the enmity between Madrid and Barcelona began to ease in 2020 after the Spanish government began talks with independence leaders and Socialist Prime Minister Sanchez pardoned nine jailed separatist leaders.