Carlos Ruiz Zafon, author of 'The Shadow of the Wind,' dies aged 55

Spanish best-selling novelist Carlos Ruiz Zafon, who was world renowned for his "Cemetery of Forgotten Books" series, has died of cancer in Los Angeles. 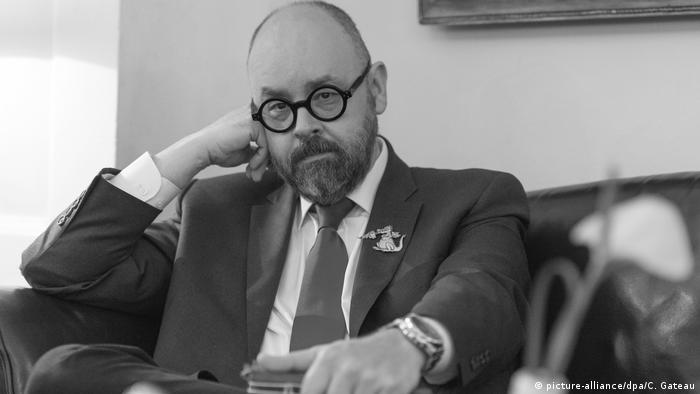 "Today Carlos Ruiz Zafon has died, one of the best contemporary novelists. We will remember you forever, Carlos!" Planeta publishing house wrote in a Tweet on Friday, confirming the author's death. In a statement, the publisher said that Ruis Zafon had died at his Los Angeles home at the age of 55 after battling cancer. "He will live on among us through his books," Planeta added.

The publisher paid homage to the writer by quoting a line from his 2001 best-selling novel, The Shadow of the Wind: "Every book, every volume you see here, has a soul. The soul of the person who wrote it and of those who read it and lived and dreamed with it." It is with these words that the main protagonist of the book is introduced to the Cemetery of Forgotten Books, a labyrinthine, mystical secret library around which the story is woven.

The Shadow of the Wind was one of the most successful Spanish novels of recent decades. The mystery is set in Zafon's native Barcelona in the wake of the Spanish Civil War (1936-1939), and was an immediate international hit.

The book has been translated into at least 40 languages and sold millions of copies. It is also the first of a quartet of novels in Zafon's "Cemetery of Forgotten Books" series; the last volume, The Labyrinth of Spirits, was published in 2016, two years before the author was diagnosed with cancer.

"One of the most read and admired Spanish authors worldwide has left us," Spanish Prime Minister Pedro Sanchez tweeted. "Carlos Ruiz Zafon, a contemporary novelist of reference, leaves an important mark in modern literature. Thank you for letting us travel through your stories."

Born in Barcelona in 1964, Ruiz Zafon studied at a religious school and later worked as an advertising copywriter. His first published novels were fantasy books for young adults.

His breakthrough came with The Shadow of the Wind, which was selected in 2014 by British publisher Penguin Classics as one of 26 "classics of universal literature." Critics sometimes compared the Spanish writer to Charles Dickens for his dense, fast-paced stories and colorful characters. Zafon's enduring fascination with his native city was evident in his works. But he never wanted his books to be filmed; he once said that would border on a "betrayal" of literature.

"We will always remember you, Carlos!" his publisher Planeta tweeted in farewell. This is probably also true for Zafon's readers worldwide.

Almost half of all books are sold in stores in Germany. Sales have been impacted greatly as shops have been closed for weeks. But even as some stores reopen, a quick bounce back is not expected. (23.04.2020)

As Beijing faces a new coronavirus outbreak, a book by Chinese author Fang Fang gains in relevance. She chronicled her life during the Wuhan lockdown, issuing praise for front-line workers and criticism for authorities. (16.06.2020)