Alternative for Germany party leader Frauke Petry's car has been set ablaze in a suspected arson attack. Support for the anti-immigration party has jumped to the double-digits. 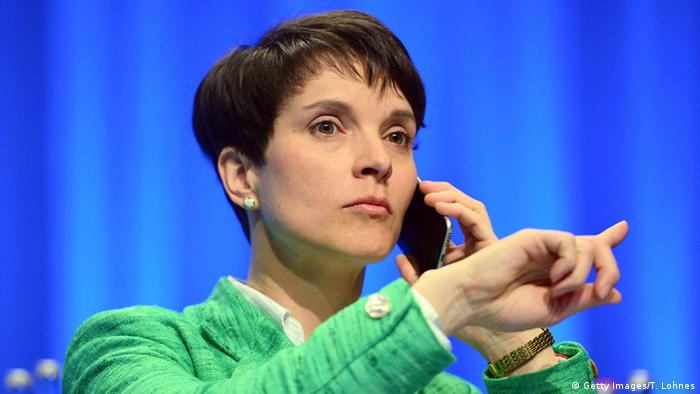 Police in the eastern city of Leipzig said they were still investigating the scene of the blaze, which occurred on Friday night.

"We are currently assuming it was arson," a police spokeswoman said, adding there had been no claim of responsibility.

Petry wrote on Twitter: "Germany 2016: Yesterday an arson attack was committed on my car. What have we come to?"

The migrant influx has led to an increase in suspected right-wing arsonist attacks on refugee shelters. Less discussed in Germany is left-wing violence targeting the right wing with increasing frequency.

Earlier this month, the anti-immigrant party pummeled Merkel's party into third place in Mecklenburg-West Pomerania's state elections on September 4, taking 20.8 percent of the vote to the CDU's 19 percent.

The AfD is on its way to becoming the third-strongest party in national elections, polling at 15 percent. It is represented in nine of Germany's 16 federal states. 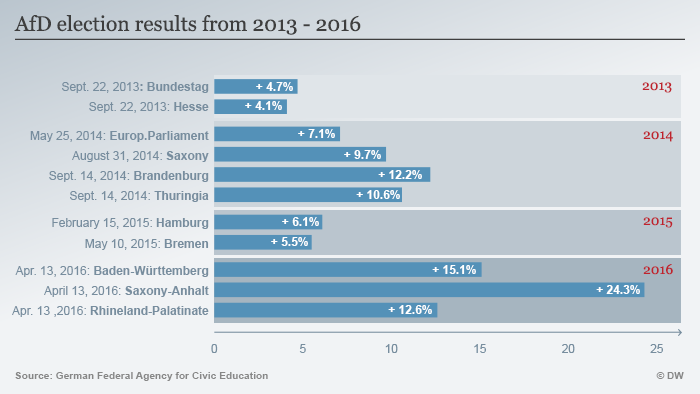 The number of violent crimes committed in Germany by far-right extremists has risen by over 40 percent in one year, the nation's internal intelligence agency says. In particular, asylum seekers have been targeted. (29.06.2016)

Bundestag elections 2017: An overview of all the changes to national politics

It's been a long time since there's been this much political uncertainty in Germany. The general election is still a year away, but the refugee crisis has had a major impact on politics. Here's where the parties stand. (13.09.2016)

Inside Europe: Clubbers against the AFD

After the Election: How Isolated Is Merkel?