A pharmacist has been found guilty of 14,500 counts of violating drug laws and 59 counts of fraud. The scandal is the largest in recent German medical history, costing public health insurers €17 million. 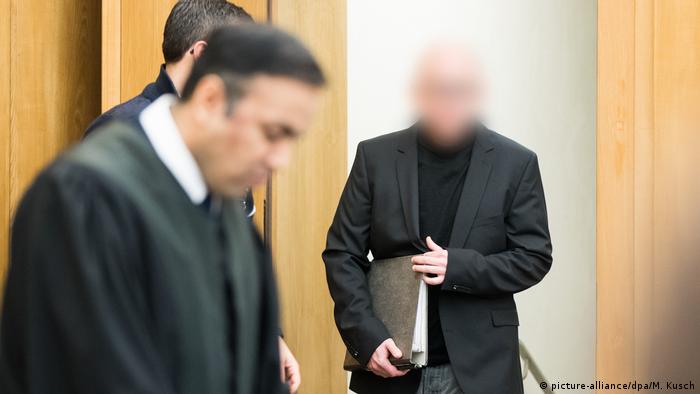 A pharmacist from Bottrop, in the German state of North Rhine-Westphalia, was sentenced to 12 years in prison by a court in Essen on Friday. He was also prohibited from practicing his occupation for life and ordered to forfeit €17 million ($20 million) in property to the state as recompense for damages.

The court found Peter S. guilty of 14,500 counts of violating German medicinal product law and 59 counts of fraud. He was accused of having systematically mixed tens of thousands of doses of cancer drugs with insufficient active ingredients between 2012 and 2016. The court found that at least 3,700 patients were affected.

The accused did not testify during the duration of the trial, which began in November 2017, nor did he provide his defense attorneys with information during that time. Nevertheless, presiding judge Johannes Hidding concluded, "We are convinced that at least 14,500 underdosed pharmaceutical products were prepared between 2012 and 2016."

'Acting out of greed'

Judge Hidding went on to say that the accused was "simply acting out of greed. Luxury goods were extremely important to him." Although Peter S. was delivering underdosed drugs to patients he charged them full price. This, in turn, cost public health insurers at least €17 million.

He is also suspected of having violating hygiene codes and reportedly often mixed the drugs wearing street clothes. The court's verdict pointed out that hygiene is immensely important for patients with weakened immune systems.

Peter S. was arrested on November 29, 2016, after two colleagues reported his activities to authorities. The two were later awarded the German Whistleblower Prize in 2017. The pharmacist has been in jail since the time of his arrest.

Prosecutors originally brought charges for 62,000 counts of violating drug laws totaling damages of €56 million and called for a sentence of 13 years and six months. The defense called for the man to be acquitted due to a lack of evidence.

The German Foundation for Patient Protection called the sentence just, yet noted the fact that the man was only convicted of financial wrongdoing was certainly disappointing to those affected by the man's actions. The foundation also said the case makes clear that federal and state authorities must improve oversight of the country's pharmacies.