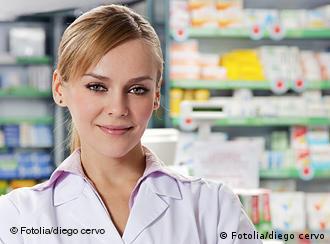 Are pharmacists being bribed to work as spies?

It's one of the more hands-on market research projects ever devised in Germany. The Frankfurt-based market research institute IMS Health is sending pharmacists around the country digital cameras and memory chips to take pictures of the packaging of expensive imported drugs they sell.

According to a report in the Süddeutsche Zeitung newspaper, the pharmacists are being asked to take photograph cardboard boxes containing imported medication from three sides – and if possible, the blister packages inside – to determine where the drugs in question came from. They are also supplied with a special chart for decoding batch numbers, so they an trace where a specific pack of drugs entered the supply chain.

The pharmacists are then invited to pack the form and the camera's memory chip in a specially provided envelope once a month, and send it back to the institute, which rewards them with monetary incentives. Pharmacists who provide regular photos of high value imports, such as anti-HIV medication, stand to make an extra 1,340 euros ($1,930) a year, excluding tax. 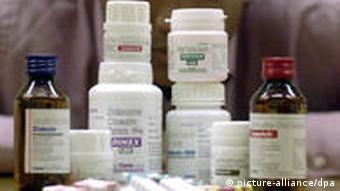 According to the paper, the survey package even comes with a note to assuage the conscience: "If you support our project, you support better service for patients."

The point of the scheme is to find out more about so-called parallel imports of expensive drugs. In this case, a parallel import means a product that is distributed in Germany not only by the manufacturer, but also by specialist pharmaceutical traders who source their drugs from foreign markets.

Drug companies' list prices for Germany are often much higher than those charged in other markets. As a result, specialist traders look to buy expensive medication in foreign countries at lower prices – especially where the local currency is weak against the euro – and then resell them in Germany, undercutting the company's official distributors to generate a tidy profit.

This form of arbitrage is good news for German health insurance companies and their customers because it keeps their medication prices down. But it's bad news for pharmaceutical manufacturers who say price structures have been carefully designed to support costly investments in research and development.

The indirect implication of the photographic research project – and of the Süddeutsche Zeitung report - is that drug companies are somehow "bribing" pharmacists as "spies" to deliver the information.

While parallel imports cut into drug makers' profits, they are perfectly legal, so what does IMS Health hope to achieve with the information? 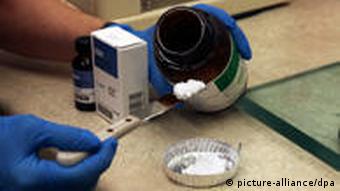 Joachim Odenbach of the German pharmaceutical industry association (BPI) was a little bemused by the project. "I'm not sure what companies can learn from this," he told Deutsche Welle. "It's not as if pharmaceutical companies are doing all they can to stop parallel imports. How would they do that?"

But Andreas Mohringer, chairman of the federal association of pharmaceutical importers (BAI), said he had an answer: "The aim is obviously to make it possible for the makers to cut off supply to the importers," he said. "This is how IMS is pitching it to the pharmaceutical industry – they offer to sell companies information so they can take measures in certain countries to stem parallel imports."

Katharina Werner of IMS Health said that was not the main aim of the project. "We're doing this to find out more about supplies to customers," she told Deutsche Welle. "Parallel imports mean that countries are buying products but don't necessarily need them in that quantity – and so they send them to other countries, for example Germany. So the companies need to know what the demand is in which country."

"The other point is to find out about fake products," Werner added. "Unfortunately there are still a lot of fake medication products on the German market."

But importers' representative Mohringer said information on the proportion of parallel drug imports in Germany is already available to the companies – the key is finding out where they first entered the supply chain. 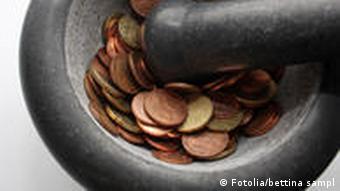 Photographing the batch numbers has been made a priority because it "means you can get to the individual sources and block them," he said. "That's an offence against free trade of products."

"These parallel imports are protected by the law in order to make savings for the state health insurers," said Odenbach. "Of course, they don't make the companies particularly happy, but as long they are done legally, they can't change that."

Parallel imports are not only sanctioned by the German government to keep drug costs down, there are also minimum quotas in place – the only potential downside is that patients can sometimes be confused by the packaging from different countries.

"Parallel imports can be a little problematic for some patients, as they sometimes get medication that may have been in a different package, or in a package that has had a different label stuck on it," Odenbach said. "The drug itself is fine, of course, or else the pharmacist wouldn't sell it."

German chemical giant Bayer has warned that it may be forced to leave the country because of a rise in energy prices. The firm is already looking at increasing its foothold in emerging economies such as China. (06.08.2011)

AIDS patients are up in arms against an EU-India free trade agreement. They say that certain provisions to protect European pharmaceuticals will force generics firms out of the market and jeopardize the poor's health. (09.03.2011)