Bayer threatens to leave Germany over high electricity costs | Germany | News and in-depth reporting from Berlin and beyond | DW | 06.08.2011

German chemical giant Bayer has warned that it may be forced to leave the country because of a rise in energy prices. The firm is already looking at increasing its foothold in emerging economies such as China. 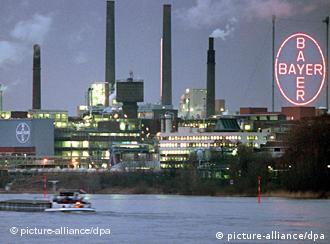 Will Bayer turn out the lights at its Leverkusen, Germany plant?

Pharmaceutical and chemical giant Bayer on Saturday issued a warning that it my leave Germany because of rising electricity prices linked to Germany's decision to end its nuclear energy program.

"It is important that we remain competitive in comparison with other countries," Dekkers told the magazine. "Otherwise, a global business such as Bayer would have to consider relocating its production to countries with lower energy costs."

Dutchman Dekkers complained that Germany, which has the highest energy prices in Europe, was becoming less attractive to energy-intensive sectors such as the chemical industry. 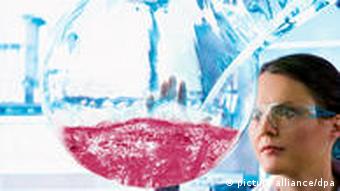 Bayer employs some 35,000 people in Germany

"Energy prices will continue to rise and they are already the highest in the EU," he said.

German energy prices are expected to rise following the decision by German authorities to shutter its nuclear power plants. Last month, parliament sealed plans to phase out nuclear energy by 2022, making the country the first major industrial power to take the step in the wake of the disaster at Japan's Fukushima plant.

Dekker added that the company was already making significant investment in its Chinese manufacturing operations, with expansion also taking place in Brazil and India.

The Bayer CEO's position was supported in the same magazine report by Robert Hoffmann, head of the Internet and telecommunications firm 1&1, who said that energy companies were taxed too heavily in Germany.

"There are too many levies that raise the cost of electricity in an unfair way," he said.

In July, Leverkusen-based Bayer reported a net profit of 747 million euros ($1.1 billion) for the second quarter of the year.

Rising electricity costs could drive industry away from Germany

Electricity costs are on the rise in Germany. They could threaten the international competitiveness of German companies and push them to move their operations abroad. (14.02.2011)

Thousands of jobs are on the cutting block at German drug giant Bayer as part of a cost-cutting program aimed at offsetting falling revenues and rising price pressure. (19.11.2010)