European lawmakers voted in support of widening access to a German fund for victims of the drug thalidomide. People in several nations have fought for redress after the pill led to birth defects in children. 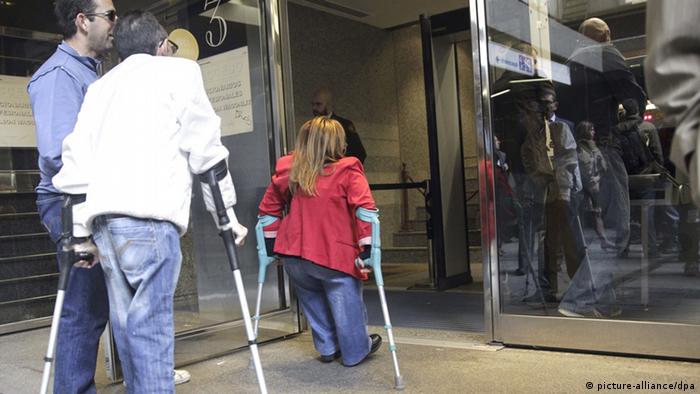 The European Parliament on Thursday called on all victims of thalidomide within the EU to benefit from the same compensation. Thalidomide is a drug which caused severe malformations in thousands of babies.

The thalidomide campaign group "The Fifty-Year Fight" tweeted its pleasure at a virtually unanimous show of hands by MEPs as they passed the resolution in Strasbourg.

MEPs called for a Europe-wide agreement to ensure all victims of the drug, which was marketed by the German company Chemie Grünenthal during the 1950s and 60s, to receive comparable recompense.

European lawmakers said there was a need for a Europe-wide agreement and an EU aid program for the victims and their families.

To date, mostly German victims have benefitted from a compensation fund set up by the German government in 1972.

Children being born with thalidomide syndrome

Fifty years after the thalidomide scandal, the drug is still in use. It helps treat leprosy and types of cancer and AIDS. DW looks at the effects of its use in Brazil. (05.12.2012)

A court in Spain has ruled that German pharmaceutical company Grünenthal must compensate people born with birth defects in the 1960s due to the drug thalidomide. The company must pay at least 20,000 euros to each victim. (20.11.2013)

Everyday Challenges: Living with the Effects of Thalidomide

The motion also called on Spain to facilitate the identification and compensation of survivors of thalidomide after the Spanish Supreme Court dismissed an appeal by thalidomide victims, blocking their claims for compensation.

It was only in 2012 that the Grünenthal laboratory apologized to victims all over the world, saying it was "really sorry" for its long silence.

A spokesman for Germany's Family Ministry insisted the Contergan foundation was already giving money to affected people around the world, provided their condition was linked to their mothers' taking thalidomide from Grünenthal during pregnancy.