Canada's 4,000-year-old Milne Ice Shelf has broken apart due to melting from both hotter air above and warmer water below. Much of the Earth's ice shelves have collapsed because of rising temperatures in both poles. 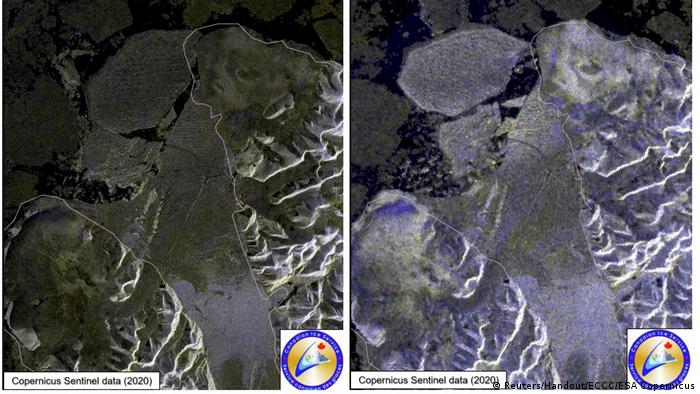 Climate change and the effects of a hot summer have caused Canada's Milne Ice Shelf to collapse, scientists said this week.

Located on the northwestern edge of Ellesmere Island in the territory of Nanavut, Milne was the country's last intact ice shelf in its Arctic.

Ice analyst Adrienne White of the Canadian Ice Service noted that satellite photos pointed to about 43% of the ice shelf having broken off and the rupture likely happened between July 30 or 31.

The large ice platform, which was 4,000 years old, broke apart into two giant icebergs and several other smaller ones, which have already started drifting away, White said.

Canada used to have a large continuous ice shelf across Ellesmere Island's northern coast. But over the last decade they have all broken apart due to melting, scientists said. 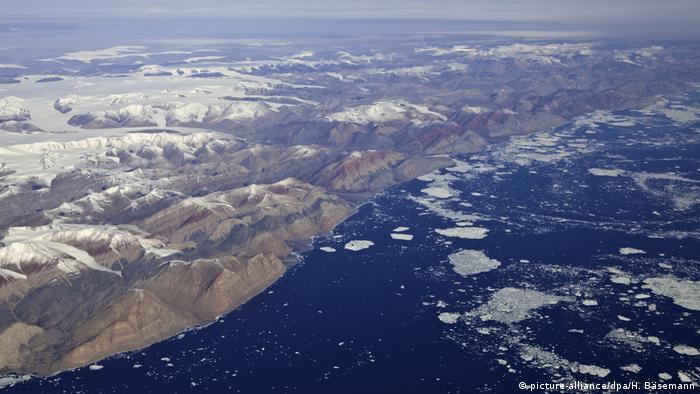 Temperatures from May to early August in the region have been 5 degrees Celsius warmer than the 1980 to 2010 average, University of Ottawa glaciology professor Luke Copland said.

The high temperatures combined with a warming pattern that is much faster than the rest of globe are to blame for the disintegration of the ice shelves.

''Without a doubt, it's climate change,'' Copland said, adding that the ice shelf is melting from both hotter air above and warmer water below.

Ice shelves can date as back as far as hundreds to thousands of years. They are thicker than long-term sea ice, but not as large as glaciers.

Nonetheless, their size is still significant. "Entire cities are that size. These are big pieces of ice," Copland said. The shelf is said to have shrunk by about 80 square kilometers; an area larger than the island of Manhattan in New York.

Canada is not the only place where ice shelves have melted. ''There aren't very many ice shelves around the Arctic anymore,'' Copland said. ''It seems we've lost pretty much all of them from northern Greenland and the Russian Arctic. There may be a few in a few protected fjords.''

Temperatures in the polar region this year have been severely high. The polar sea ice hit its lowest extent for July in 40 years. Record heat and wildfires have also scorched Siberian Russia.