Canada's heritage minister has promised that the plaque used to inaugurate the National Holocaust Monument last week will be changed. The original failed to mention the murder of Jewish people by name. 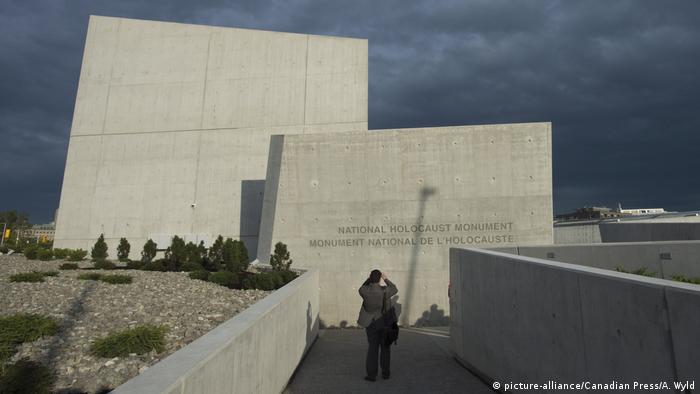 Canadian Heritage Minister Melanie Joly told the House of Commons the plaque will be replaced, adding that the monument commemorates the 6 million Jewish people and 5 million other people murdered during the Holocaust.

"It stands as a reminder of the dangers of hatred, racism, and intolerance while affirming respect for human rights, dignity and resilience," Joly said.

She added that Ottawa would undertake the changes after lawmakers noted that the plaque failed to mention the Jewish people.

"How could the prime minister permit such a glaring omission of reference to anti-Semitism and the fact that the millions of men, women and children who were murdered were overwhelmingly Jewish?" Sweet asked.

"If we're going to stamp out hatred towards Jews, it's important to get history right," Sweet said, urging Prime Minister Justin Trudeau to correct the "profoundly obvious" oversight.

The omission appeared to have been an oversight as during the opening on September 27 both anti-Semitism and the effects of the Holocaust on Jews were mentioned.

Earlier, Conservative Senator Linda Frum shared a photo of the plaque to Twitter:

"Today we reaffirm our unshakeable commitment to fight anti-Semitism, racism, xenophobia and discrimination in all its forms, and we pay tribute to those who experienced the worst of humanity. We can honor them by fighting hatred with love, and seeking always to see ourselves in each other," Trudeau said at the unveiling.

Until now, Canada has been the only Allied power in World War II not to have a national Holocaust memorial.

The now-removed plaque read: "The National Holocaust Monument commemorates the millions of men, women, and children murdered during the Holocaust and honours the survivors who persevered and were able to make their way to Canada after one of the darkest chapters in history. The monument recognizes the contribution those survivors have made to Canada and serves as a reminder that we must be vigilant in standing guard against hate, intolerance, and discrimination.”

The estimated 8.95-million Canadian dollar (€6.1 million) cost of the site is being split between the government and private donors.

The design of the monument — "Landscape of Loss, Memory and Survival” — was developed by Team Lord of Toronto and depicts a stylized star, created by the confluence of six triangular shapes organized around a large gathering space for ceremonies.

Canada celebrates 150 with concerts and the royals

Canada - the home of hockey, maple syrup and a selfie-prone prime minister - has marked its 150th birthday with concerts and citizenship ceremonies. But a history of indigenous mistreatment meant not everyone celebrated. (02.07.2017)