Canada is offering to take in imprisoned Saudi blogger Raif Badawi, listing him as a priority immigrant on humanitarian grounds. Badawi is serving a 10-year jail sentence and is facing 1,000 lashes in the Gulf kingdom. 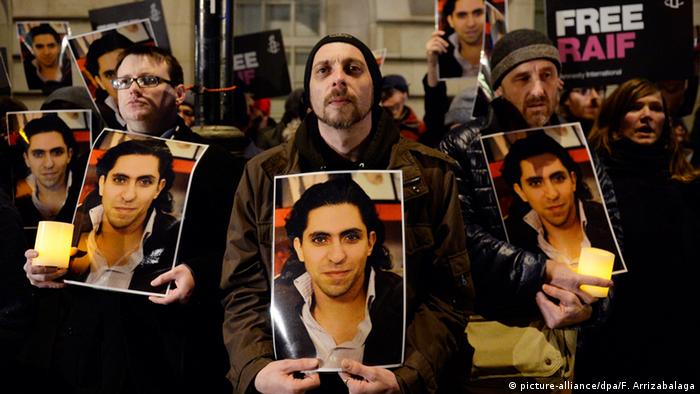 The Canadian province of Quebec on Friday cleared the way for Raif Badawi to come to the country by offering the blogger an immigration selection certificate.

These certificates are issued "in exceptional circumstances to foreigners in need of protection," Quebec Immigration Minister Kathleen Weil said.

"His treatment is outrageous - it's cruel and unusual punishment," Weil said, in comments carried by state broadcaster CBC and others in Canada.

The certificate could fast-track Badawi's immigration application and any steps to bring him from Saudi Arabia to Canada.

The official document will be presented to Badawi's wife, Ensaf Haider, at a ceremony next week. Haider settled in Sherbrooke, Quebec, with the couple's three children soon after fleeing Saudi Arabia in 2012. In an interview with Deutsche Welle last month, Haider said she imagined her family's future in Canada.

Badawi was imprisoned in 2012, and two years later was sentenced to a decade in jail, 1,000 lashes, and fined 1 million Saudi riyals ($266,600 / 236,730 euros) for promoting liberal ideas and criticizing Islam online. The 31-year-old received the first 50 lashes of his sentence - to be delivered in 20 weekly sessions- outside a mosque in the Red Sea city of Jeddah in January, but subsequent floggings have been postponed amid international outrage.

Last week Saudi Arabia's Supreme Court upheld the sentence, meaning the ruling is final and cannot be overturned without a pardon from the country's King Salman. Human rights groups, together with Badawi's wife Haider, have called on the Canadian government to step up efforts to secure the blogger's release.

Quebec's Public Safety Minister Steven Blaney said Friday that he was hopeful the offer to help Badawi immigrate to Canada "will allow us to break the logjam and have a happy ending to this."

In a statement Friday, Saudi Arabia said it would "not tolerate such outrageous, ridiculous interference in its sovereign justice system."

The comments echo a letter sent earlier in the week to members of the European Parliament, in which Saudi authorities expressed "strong displeasure and disapproval in relation to some media reports" on Badawi.

"Saudi Arabia was among the first countries to support human rights and respect international conventions which were in accordance with Sharia," the Saudi Foreign Ministry said.