The federal government has introduced legislation to ban "conversion therapy," which aims to change a person's sexual orientation. Canada will be the fourth country in the world to make the practice illegal. 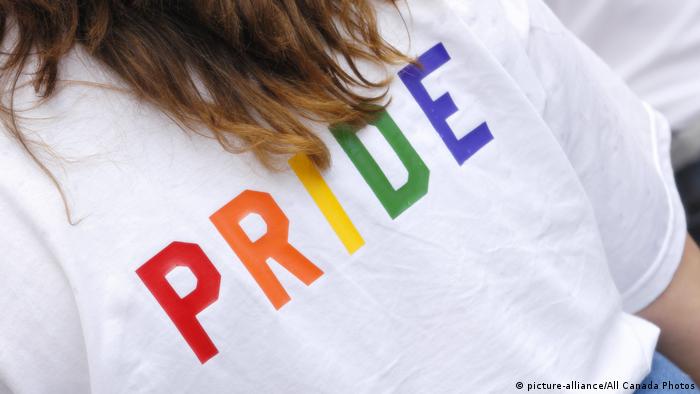 Canada's federal government introduced legislation to criminalize "gay conversion therapy" that aims to change a person's sexual orientation to what is deemed "normal" by heterosexual standards.

"Conversion therapy is a cruel practice that can lead to life-long trauma, particularly for young people," said Minister of Justice and Attorney General of Canada David Lametti.

"Conversion therapy has been discredited and denounced by professionals and health associations in Canada, the United States and around the world. It has no basis on science or facts," he added.

The practice involves subjecting gay, bisexual or lesbian individuals — often minors — to a range of behavioral or spiritual interventions that may pose a serious threat to their mental, emotional and physical well-being.

The new legislation would make it illegal to cause an individual to undergo conversion therapy or remove a minor from Canada for the purpose of undergoing this practice. It would also make it illegal to advertise or profit from providing such therapy.

A ban on conversion therapy was a part of Prime Minister Justin Trudeau’s platform for reelection in 2019. The bill is also expected to receive support from the New Democrats and the Green Party.

If this bill is passed, Canada will become the fourth country — behind Brazil, Ecuador and Malta — to place a nation-wide ban on this practice. Many states in the United States, including California, New York and Colorado, have already banned this practice. In 2019, Germany put forward a draft law that keeps minors from being offered gay conversion therapy.

DW's editors send out a selection of the day's hard news and quality feature journalism. You can sign up to receive it here.

An estimated 1,000 queer-identified people in Germany undergo "conversion therapy" every year. But the practice may soon be banned. During LGBTQ Pride Month, DW spoke to Mike F., who underwent the controversial therapy. (28.07.2019)