Can Park′s potential leftist successor mend ties with North Korea? | Asia | An in-depth look at news from across the continent | DW | 29.03.2017

With President Park ousted and facing arrest, South Korea is set to hold a presidential election in May. A leftist candidate is virtually assured of victory, but it's unclear how the next leader will deal with N. Korea. 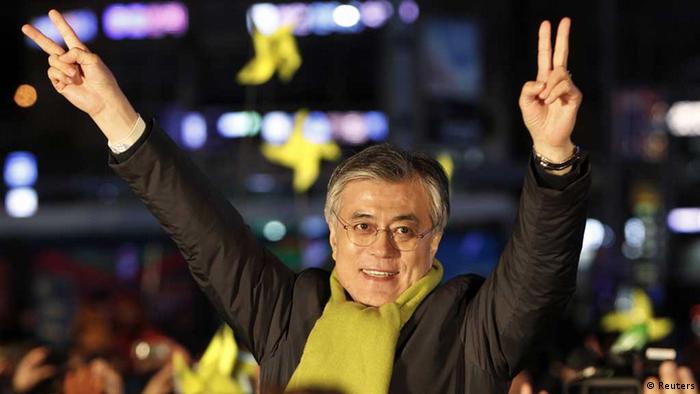 Deposed South Korean President Park Geun-hye is expected to be in court in Seoul on Thursday to hear deliberations over prosecutors' demands that she be arrested in connection with charges of bribery, abuse of power, extortion and leaking government secrets.

Prosecutors say they have "plenty of damaging evidence," including mobile phone records and eyewitness accounts, and appear to be confident that Judge Kang Boo-young will accede to their request.

Park will fight her corner, but there is little escaping the fact that an administration that come to power with broad support from the South Korean public and hopes for positive change in a whole host of areas is bowing out four years later in disgrace. And the anger of that same public has evolved into support for a left-leaning candidate in the presidential election that has been set for May 9.

"All the polls suggest that Moon Jae-in (pictured above) of the Democratic Party is likely to win," said Jeff Kingston, director of Asian Studies at the Japan campus of Temple University. "But that is going to leave Korean politics very polarized." 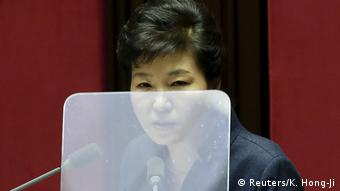 On the conservative side are older supporters of Park who believe she has been wrongly maligned. On the opposite wing are the younger generation, who support the more liberal policies of Moon, who narrowly lost to Park in the 2012 presidential election.

Kingston believes the controversial deployment of the US Army's advanced THAAD anti-missile batteries in South Korea will have been completed by the time the election is held - a development that Moon will not seek to reverse - but he is likely to be more open to engagement towards North Korea than his predecessor.

"I think it is safe to assume that Moon will be more supportive of engagement with the North, but given the harder line of sanctions and the apparent desire for regime change that the US is seeking, he will not be able to try something as far-reaching as the Sunshine Policy," he told DW.

That (Sunshine Policy) approach to Pyongyang was introduced by President Kim Dae-jung in 1998 and earned the South Korean leader the Nobel Peace Prize in 2000. The high points included two inter-Korean summits in Pyongyang, in June 2000 and again in October 2007, and reunions of families separated since the end of the 1950-53 Korean War. But the policy floundered when North Korea conducted its first underground nuclear test in October 2006 and a series of missile tests. 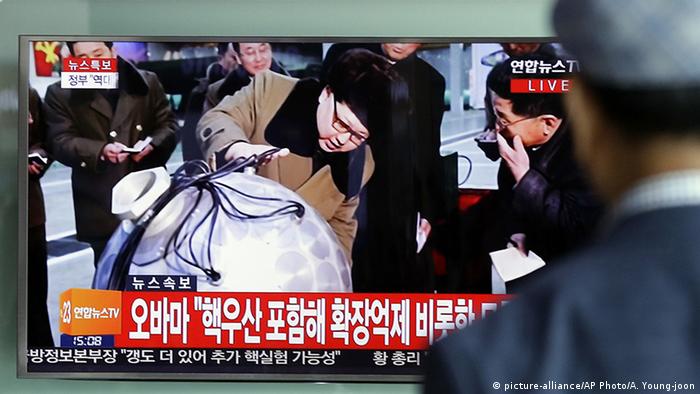 Earlier this month, Pyongyang launched four ballistic missiles, three of which landed in waters off Japan

Stephen Nagy, senior associate professor of international relations at Tokyo's International Christian University, believes a resurrected Sunshine Policy - or even a watered-down version - is unlikely because North Korea used the first period of bilateral detente to develop the nuclear weapons and missiles that it now insists defend its sovereignty.

"The fundamental issue for the North Korean regime is how it can remain in power and it believes that maintaining a nuclear capability prevents an attack," he told DW. "Nuclear weapons also solidify its position as a state in the international system, helping its objective of ensuring survival.

"The Sunshine Policy was designed to facilitate the denuclearization of the Korean Peninsula and reducing tensions across the border," Nagy said. "Things have changed immeasurably since then."

Pyongyang has no intention of giving its weapons away and, conversely, is intent on developing bigger nuclear warheads and missiles with longer ranges. Ultimately, Nagy believes the aim is to force the US to sit down at the negotiating table, to recognize the regime in Pyongyang, sign a peace treaty and legitimize Kim Jong-un's dictatorship. 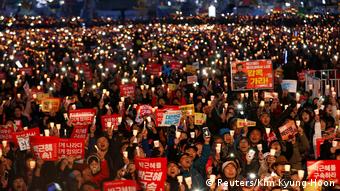 Late last year, millions of people took to the streets to demand Park's removal over a corruption scandal

And history indicates that whatever approach South Korea attempts towards its belligerent and unpredictable neighbor, Pyongyang will sooner or later go back on its word and point the finger of blame at the rest of the international community.

"They have tried being conciliatory and a 'softer' line; they have applied force and used the harder approach," said Nagy. "But we see the same outcome."

"I don't believe North Korea really cares who is in power in Seoul because their rhetoric always comes back to the claim that the government is a puppet of the US," he said.

And that leaves Moon - or whoever becomes the next South Korean leader - with a dilemma. What is his response when his milder approach to dealings with the North is rebuffed, as it is sure to be eventually?

Kingston adds that there are other things the new South Korean leader would be wise to bear in mind.

"To me, the most remarkable thing is that anyone is willing to run for the most dangerous job in world politics," said Kingston. "When they retired, Park's predecessors were often arrested, always vilified and one committed suicide."

"Now Park faces prosecution and a jail term," he added. "There is no doubt that democracy in South Korea is vibrant - but it's also a blood sport."