Can Japan′s defense firms bounce back from failed Australia sub bid? | Asia | An in-depth look at news from across the continent | DW | 02.05.2016

Japan's recent failure to clinch a deal to sell submarines to Australia was a major disappointment for the country. Julian Ryall reports from Tokyo about the impact of the setback on the nation's defense industry. 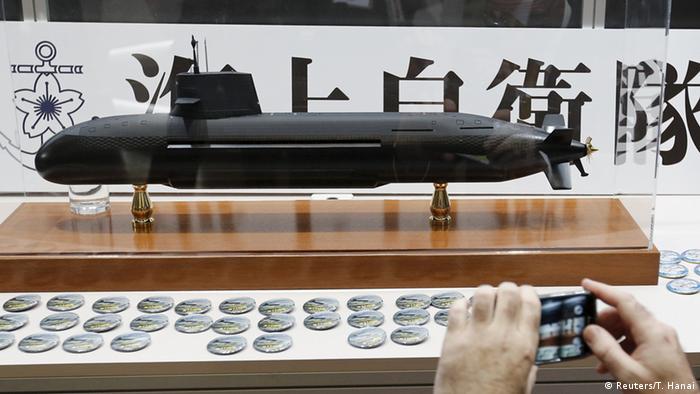 The announcement at the end of April that Canberra had chosen to spend A$50 billion ($38 billion) on submarines made by French contractor DCNS clearly caught the Japanese government by surprise, understandable given that ministers and the media had expressed absolute certainty that the Japanese bid, based on its Soryu class of vessels, held an "insurmountable lead" over the rival proposals.

The depth of that disappointment was voiced by Gen Nakatani, the Japanese defense minister, who told reporters in Tokyo, "I want to seek an explanation of why [the Japanese bid] was not chosen and have the findings reflected [in future export proposals]."

Much of the blame for the Japanese bid's failure has been directed toward the apparent change of heart in Canberra, where Malcolm Turnbull went back on the supposed "gentlemen's agreement" that Japanese Prime Minister Shinzo Abe believed he had with Tony Abbott - who stepped down as Australian leader in September 2015 - to purchase the Japanese vessels.

Turnbull placed more emphasis on ensuring that jobs in Australian shipyards are safeguarded - particularly given that this is an election year - Japanese media reported, while there are also suggestions that Canberra came under pressure from China. Beijing is one of Australia's most important trading partners in a whole host of sectors and China has no desire to see Tokyo and Canberra forging closer security ties. 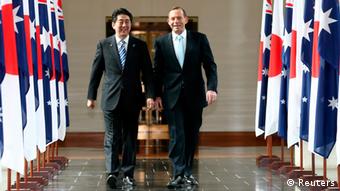 Japan was initially considered a frontrunner in the submarine bid, due largely to the close relationship between Abe and Abbott

But blame for the missed opportunity must also be laid at the door of the Japanese government and the companies that were bidding for the project, both for overconfidence that the deal was as good as signed and for failing to go the extra mile when it was clear that the French and German bids were gaining traction.

"The defense export sector is an important one to the Abe administration and he sees it as a way to exploit Japan's technological knowhow and give the economy a boost," said Stephen Nagy, an associate professor in the department of politics and international relations at Tokyo's International Christian University.

"But this setback demonstrates that Japan needs to improve its sales pitch when it is bidding for major international contracts like this," he said. "Even if they have the best technology and products, it is possible that Japan overestimated the strength of its relationship with Australia."

Robert Dujarric, director of the Institute of Contemporary Asian Studies at the Tokyo campus of Temple University, says Japanese companies faced a number of disadvantages in the bidding process. But they can learn from the experience, he added.

Not tested in battle

"Japan does not have systems that are battle tested, a legacy of more than 70 years of peace and the self-imposed rule on not exporting weapons systems, which may have harmed their bid," he told DW.

France to build Australia a new fleet of submarines

France has won a contract to build Australia a new fleet of 5,000-ton submarines, sinking bids from rival shipbuilders in Germany and Japan. The deal is one of the world's most lucrative defense contracts. (26.04.2016)

Australia plans to double its annual defense spending in the next decade. Prime Minister Malcolm Turnbull says the US will remain Canberra's partner, adding that China's rise poses "high stakes" in Asia and the Pacific. (25.02.2016)

Six of the world's ten largest arms importers are in Asia and Oceania, a new SIPRI report finds. The region has accounted for 46 percent of global imports over the past five years. How does this impact regional security? (21.02.2016)

"There has been a limited market for Japanese warships and military aircraft - their own - in those seven decades, while Japan's defense attaches overseas are not trained in selling Japanese defense equipment," he pointed out.

There is also a degree of reluctance on the part of the country's major defense makers - companies such as Mitsubishi Heavy Industries, who bid for the Australian submarines - to promote the military side of what they do.

"Mitsubishi Heavy would be much happier of the Japanese public thought of it as a maker of civilian passenger jets rather than as a 'merchant of death,'" Dujarric said. "So while it's acceptable for companies in Europe and the US to be associated with 'killing machines,' Japanese firms would not like that label."

Still, Nagy says the failure of the Australian submarine deal will have little impact on Japan's defense industry as there are plenty of opportunities in the increasingly uncertain Asia-Pacific region. "In spite of this loss, Japan has bigger fish to fry with potential deals with India, Vietnam and the other nations of Southeast Asia," he said.

That is underlined by the deal between Tokyo and New Delhi for the sale of long-range Shinmaywa US-2 amphibious patrol aircraft. "Japan has already deployed some very advanced surveillance equipment, as well as search-and-rescue vehicles, that are ready to be sold, while its first stealth aircraft has recently had its maiden flight," Nagy noted. 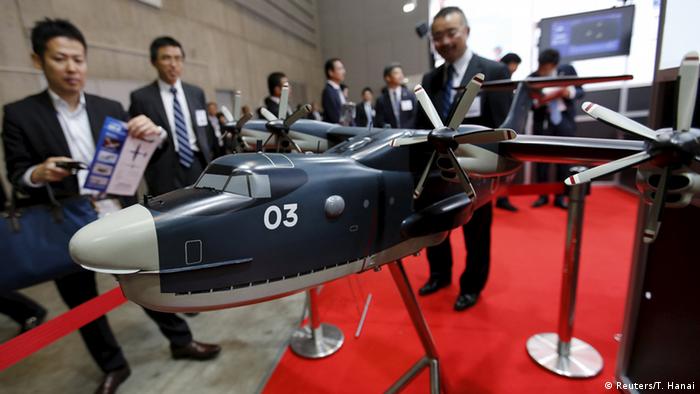 "But it could be argued that building close defense sector relationships is the most important part of these deals," he said. "These are developing nations with a need to build up their defense capabilities as tensions rise in the region - due to China's efforts to develop the disputed islands of the South China Sea.

"So if Japan provides defense systems to a number of nations in the region, they will keep coming back to Japan for upgrades and newer versions as that is cheaper than buying entirely new systems," he said.

As it has done successfully in other industrial sectors, Japan appears to be playing the long game with its defense deals, although it will not be in a position to challenge the world's largest arms exporters for many years to come.