Dumbo the lovable elephant, Baloo the easy-going bear or Timon the wisecracking meerkat – attributing human features and traits to fictional animals is not new. But can it help in the conservation of real species? 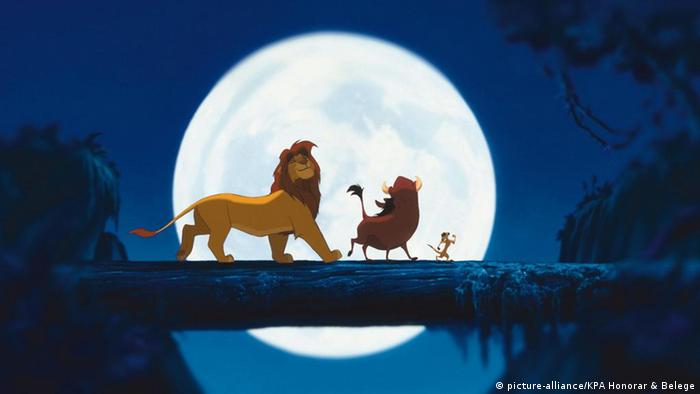 "Timooon!" scream children in front of any meerkat zoo exhibit, identifying the furry
creature with the comical character in the popular Disney film “Lion King.” The instantaneous warm feelings towards the animal are much in part due to the film’s personable presentation of a wise-cracking, singing and dancing meerkat - an animal which in reality is rather straggly, awkward and aggressive.

With this somewhat altered meerkat personality and by acting as the lion cub Simba’s confidante, Timon has gained a place for meerkats in the long line of creatures made endearing and human by pop culture and the entertainment industry.

This attribution of human emotions, characteristics and intelligence to animals is known as anthropomorphism. It includes making images of animals with more human-like features such as rounded eyes, giving animals emotions that humans experience such as happiness, anger or sadness or depicting animals wearing clothes or engaging in human activities. The more “human” we perceive the animal to be, the easier it is for us to relate to it and develop empathy.

Researchers are increasingly questioning whether that compassion and empathy for animals that anthropomorphism evokes can be used as a tool to drive environmental preservation and create conservation programs which speak to people through their emotional connections.

“Anthropomorphism is a path to knowledge,” says John Fraser, conservation psychologist and CEO of New Knowledge, a New York-based educational think tank. “Empathy is essential to promoting concern for animals and species, and if projecting our human perceptual world on those beings helps people on that learning path, it's important.” 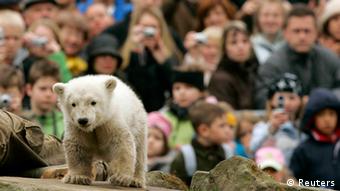 Germany’s cute polar bear Knut had fans around the world

In a study published in 2013 in the journal Biodiversity and Conservation, researchers found that that anthropomorphism does help people make sense of their interactions with the non-human world. And, when there is a sense of connection, there is often a stronger commitment to conservation. The study focused on how people construct anthropomorphic meanings around species and how they engage with species through a diversity of mechanisms.

"Scientists have been wary of anthropomorphism for a long time because it was seen as leading to unscientific hypotheses about animal behavior, “ the study’s lead author, Meredith Root-Bernstein of the University of Oxford told the website About.com. “But as conservationists we can look at it as a kind of popular folk theory of the similarities between humans and all other species. These popular ways of relating to the natural world are powerful and we should try to understand and work with them."

The science is seen most commonly in the creation of “anthropomorphized” mascot-centered conservation campaigns which can help in attracting public attention and funding. 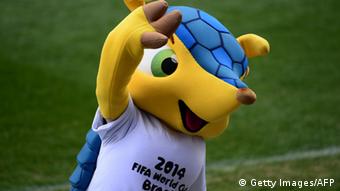 Brazil’s World Cup mascot, Fuleco, is meant to raise awareness about armadillos and their fragile habitat

A case in point is FIFA’s colorful 2014 Brazilian mascot, Fuleco the three-banded armadillo, a species native to the country. The silent human-like critter, clad in a T-shirt and shorts, is not just meant to rally its target audience of 5-12 year-olds around the sport, it’s also aimed at raising awareness about environmental conservation, specifically about its armadillo habitat in Caatinga in northeastern Brazil.

“Choosing your audience and setting your goals is important,” conservation scientist and educator Diogo Veríssimo says. “As is considering how the species and mascots are perceived at a local level.”

Rare, famous for its successful conservation mascots such as Spike the Lobster, emphasizes that a mascot must be part of a larger education program and demonstrate a particular behavior connected to one clear environmental message.

In Rare's program with the Ebiil Society in Palau, for example, the local mascot Armella, the Flycatcher bird, a species endemic to the region. The bird is famous for performing a dance “which locals have long known indicates the coming of rain,” explains Vanessa Fread, program manager. Mascot Armella mimics the dance and is a reminder to farmers to apply erosion control methods to their fields. 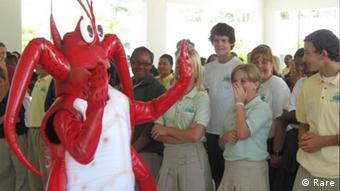 But is anthropomorphism always a good thing for the animals involved? Making a mascot appear exciting and human enough to adore while still retaining some of the species’ actual attributes is not easy. This is especially true when the species is not a cute, furry, charismatic creature.

In fact, critics say that anthropomorphism in conservation is often limited to social, intelligent animals such as chimpanzees, pandas, polar bears and dolphins – often at the expense of “less attractive” species.

And, evidence suggests that building a human-animal bond can sometimes backfire. A few years ago, a group of conservationists wrote to Google, asking them to remove viral videos on YouTube featuring the Slow Loris, a furry creature with big round eyes native to southeast Asia.

Videos of the cute animal being tickled and another in which the loris clutches a cocktail umbrella has been viewed millions of times. The group said the videos were fueling demand for the animal as a pet, hunted for use in traditional Asian medicines, and leading to illegal smuggling of the creature.

Similar concerns were raised about thousands of raccoons being imported to Japan in the pet trade in the 1970s after a cartoon series popularized the bandit-faced creatures.

Though the effects of anthropomorphism may not alway be beneficial, some suggest that social marketers will continue to use it as a way to drive conservation.

“We live in a world where everyone tries to manipulate us,” conservation psychologist John Fraser says. “The conservation community needs to promote conservation using the same media tools that are used by others to promote the overuse of resources that are degrading habitats and driving extinction of so many species.”

Two mountaineers die on Everest as climbing reopens despite pandemic