Can heaven help the UN World Humanitarian Summit? | World| Breaking news and perspectives from around the globe | DW | 21.05.2016

Germany's government supports the participation of religious leaders in the UN World Humanitarian Summit in Istanbul. Terrorism, displacement and lack of safe access to nutrition and health care are on the agenda. 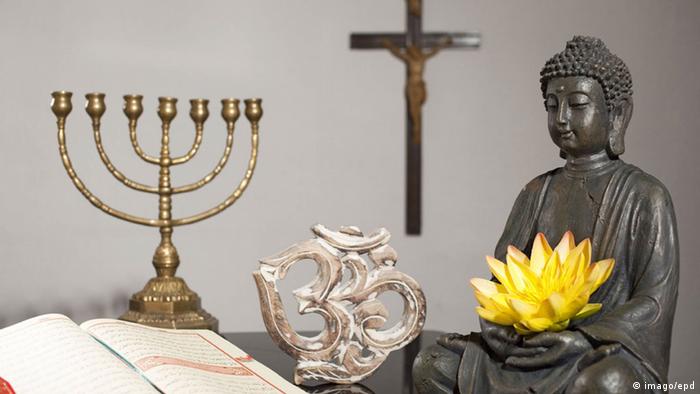 Donors and world leaders, German Chancellor Angela Merkel among them, will be asking that question when they meet in Istanbul for the UN World Humanitarian Summit on May 23. In convening the unparalleled global gathering, UN Secretary-General Ban Ki-moon said civilization was facing the largest humanitarian catastrophe since World War II.

Religion is at the top of the agenda. At a special session on Monday, selected faith leaders will tell world leaders and NGOs just what role they can play in dealing with a number of humanitarian crises. German Economic Development and Cooperation Minister Gerd Müller will be among those participating. "Religious leaders enjoy great respect in many countries," Müller told DW. "We have to use this potential without losing sight of the fact that religion is also used to justify violence and terrorism."

In an effort to fight terror, Müller's ministry has launched the International Partnership on Religion and Sustainable Development. "Religious communities do a great deal of important work throughout the world when it comes to health services, education, nutrition and caring for refugees," Müller said. About 80 percent of the world's population professes a faith. "That is why you can only make progress with, and not opposed to, various religions on a lot of subjects," Müller said.

Islamic aid organizations in Germany have been open to the minister's initiatives. "The German government is undoubtedly happy that we exist," said Nuri Köseli, the spokesman for Islamic Relief Deutschland. "We have helped a lot in Syria."

The Development Ministry has also worked with the ecclesiastical relief organizations Bread for the World and Misereor for over 50 years and donates about 200 million euro ($227 million) annually toward their projects.

Another summit participant is the Aga Khan Development Network, which has about 80,000 employees and an annual budget of $625 million (550 million euros). It has been led by the Nizari-Ismailis Shiite cleric Aga Khan for the past 60 years.

Despite all efforts to facilitate dialogue and cooperation, a rift has emerged in the various religious camps - even at the World Humanitarian Summit. The International Islamic Relief Organization of Saudi Arabia was excluded from the conference. Founded in 1979 according to a Saudi royal decree, the organization is indeed involved in developmental aid, but it also finances the building of mosques and, according to the UN, is suspected of supporting extremists.

Islamic Relief Deutschland is one of the biggest donors to the international umbrella organization Islamic Relief Worldwide. Through its national associations and partner offices, IRW is active in 40 countries. In 2014, the association had some 113 million euros on hand for its projects. The British and Swedish Development ministries, UN aid organizations, the European Union, the Lutheran World Federation and the Catholic Agency for Overseas Development (CAFOD) are among IRW's partners.

A shared report by CAFOD and IRW describing the fight against Ebola in West Africa illustrates just how important cooperation among religious leaders can be in crisis zones. Making a religious case, Muslim and Christian clerics did something that national authorities and UN organizations had been unable to: They changed traditional burial rites, thus helping to stop the spread of the epidemic. Until that point, bodily contact with infected corpses had greatly increased the spread of Ebola.

According to the "Keeping the Faith" report by CAFOD, IRW, Christian Aid and Tearfund, a member of the Ebola Task Force said that "Sierra Leone would have saved more lives and more money had religious leaders been engaged at an earlier stage of the disease outbreak."