Doctors Without Borders pulls out of UN humanitarian summit

Doctors Without Borders has decided not to attend the UN-backed World Humanitarian Summit. The group called the meeting "a fig-leaf of good intentions" that will fail to pressure states to abide by the laws of war. 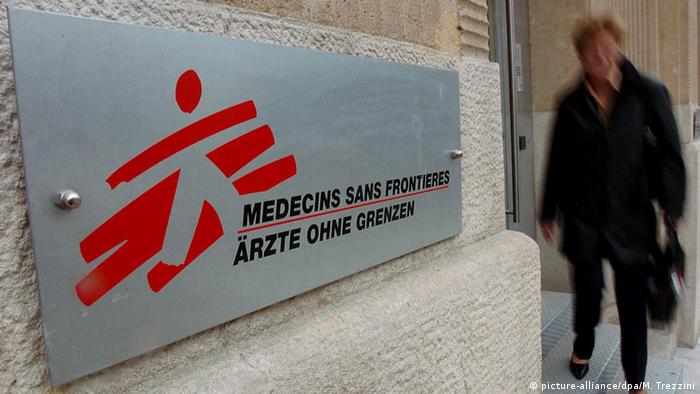 Doctors Without Borders (MSF) announced on Wednesday that after being "significantly engaged" in 18 months of consultations, it will no longer take part in the first-ever World Health Summit.

"We no longer have any hope that the [summit] will address the weaknesses in humanitarian action and emergency response, particularly in conflict areas or epidemic situations," MSF, one of the world's leading emergency aid providers, said in a statement.

The meeting, set to take place in Istanbul from May 23-24, is the first of its kind. It is expected to bring together around 45 heads of state and government as well as nongovernmental organizations and UN agencies to brainstorm solutions for global humanitarian action.

MSF's UK advisor on humanitarian issues, Sandrine Tiller, said the UN summit organizers "let states off the hook" by asking only that they make nonbinding commitments.

"The summit neglects to reinforce the obligations of states to uphold and implement the humanitarian and refugee laws which they have signed up to," read the MSF statement. "The summit has become a fig-leaf of good intentions, allowing these systematic violations, by states above all, to be ignored.

A spokesman for the summit, which is led by the UN Office for the Coordination of Humanitarian Affairs (OCHA), called the decision "disappointing." He added that the meeting's topics "are all vital subjects on which MSF traditionally presents a strong and influential voice."

MSF alleged that certain topics will not be discussed at the summit, such as the treatment of refugees and "serious gaps" in response to the recent Ebola epidemic. But the statement landed hardest on the summit's suspected lack of action on addressing a spate of recent hospital bombings in conflict areas.

"We can no longer see how the [summit] will help the humanitarian sector to address the massive needs caused by continuing violence against patients and medical staff in Syria, Yemen and South Sudan," the MSF statement read.

Last year alone, 75 hospitals managed or supported by the aid organization were bombed, MSF said without elaborating on which ones had been hit or by whom.

Just last week, the bombardment of the MSF-supported hospital in the besieged northern Syrian city of Aleppo left at least 55 people dead, according to the latest toll provided by the medical charity.