All eyes were on British Prime Minister David Cameron as the newly re-elected premier took to the sidelines of a Riga summit to make his case for European Union reform before his country votes on its EU membership. 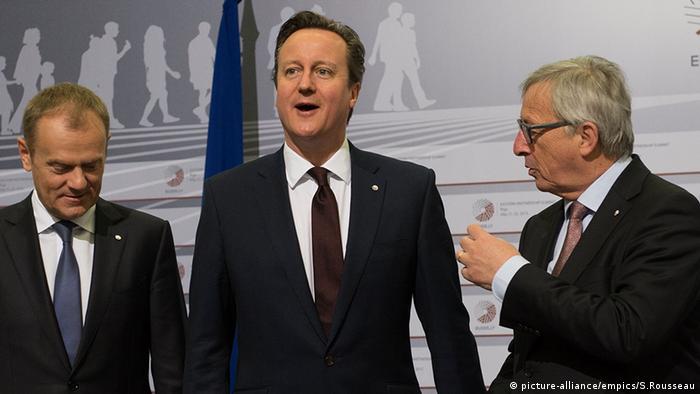 Speaking to reporters outside Latvia's national library, the British Prime Minister admitted he faced a Herculean task of convincing his EU counterparts to make concessions on basic tenets of European policy that until now had effectively been etched in stone.

"These talks will not be easy. They will not be quick," Cameron said. "There will be lots of noise, lots of ups and downs along the way."

It was Cameron's first trip abroad since his unexpected yet narrow election victory earlier this month. During the campaign, he promised to renegotiate his country's relationship with the EU before holding a referendum on its membership in the bloc by 2017.

A number of business owners, industry heavyweights and economic think tanks have warned that a British exit from the EU, or Brexit, would have dire consequences for employment and growth.

Cameron, like many in his pro-business Conservative party, doesn't favor an exit but he has spelled out - if not yet in minute detail - a number of reforms he wants to see enacted, if Britain is to stay.

Immigration, for one, is his red line. He wants more freedom to restrict other Europeans from gaining access to Britain's welfare system. This has been a sticking point with some of the bloc's heavyweights in the past, such as German Chancellor Angela Merkel and European Commission President Jean-Claude Juncker, who say they will not budge when it comes to freedom of movement.

Asked by reporters in Riga what she would say to Cameron, Merkel declined to comment. Juncker, who will play a key role in the negotiations, merely said, "this is not a meeting concerning UK membership."

Cameron has also signaled that he would like Britain to be able to opt out of the EU's commitment to an "ever closer union" and shift some powers back to national parliaments.

Also on Friday, British officials said Cameron would travel to Paris and Berlin next week for bilateral talks on his suggested reforms, many of which he has said could require treaty changes.

Some officials have cautioned that altering the bloc's fundamental treaties according to London's wishes would open a Pandora's box, inviting other countries to raise their own demands, which would ultimately destabilize the bloc.

At least one senior EU official said he didn't expect talks with Cameron to be especially difficult. In fact, Martin Schulz, a German Social Democrat who heads the European Parliament, said negotiating with the British Prime Minister was always difficult.

"Debates with David Cameron are always difficult, here or elsewhere," he said.

Europe's top plane maker, Airbus, has said a possible British exit from the European Union might have dire consequences for the company's investment strategy. The firm spoke of huge risks, including massive job losses. (21.05.2015)