Journalist Sovann Rithy has been released from prison. He was arrested in April for "incitement to cause chaos" over a Facebook post in which he accurately quoted the Prime Minister of Cambodia. 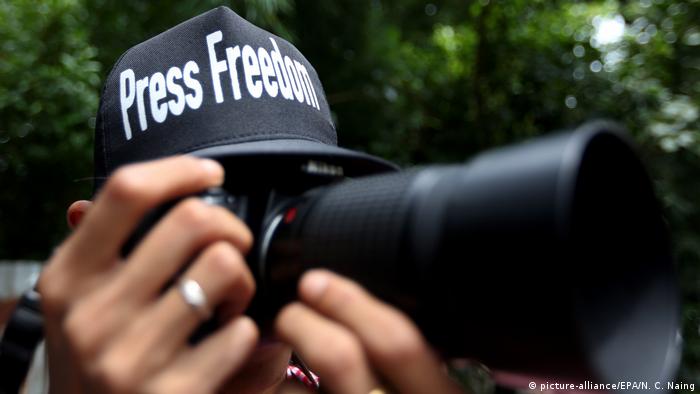 Cambodian journalist Sovann Rithy was arrested on April 7 for "incitement to cause chaos and harm social security," according to Prime Minister Hun Sen. In a Facebook post, Rithy quoted the Prime Minister Hun Sen who said during a press conference that motorbike taxi drivers should sell their vehicles if they went bankrupt because of the COVID-19 pandemic: "if motorbike-taxi drivers go bankrupt, sell your motorbikes for spending money. The government does not have the ability to help."

Sovann Rithy was released from prison on October 5 after the Phnom Penh Municipal Court ruled that the remaining prison term be suspended. Rithy had served almost six months of his jail term.

Sovann Rithy is one of 17 laureates of the Deutsche Welle Freedom of Speech Award. This year, the award was dedicated to journalists around the world who have suffered undue repression for their reporting on the coronavirus outbreak.

Journalists from Uganda and Zimbabwe are among the recipients of the DW Freedom of Speech Award in recognition of the sacrifices they made while reporting during the coronavirus pandemic.