TikTok Global, the firm that is to control US operations of the video app TikTok, will launch an initial public offering, China's ByteDance has announced. It said the move is intended to increase transparency. 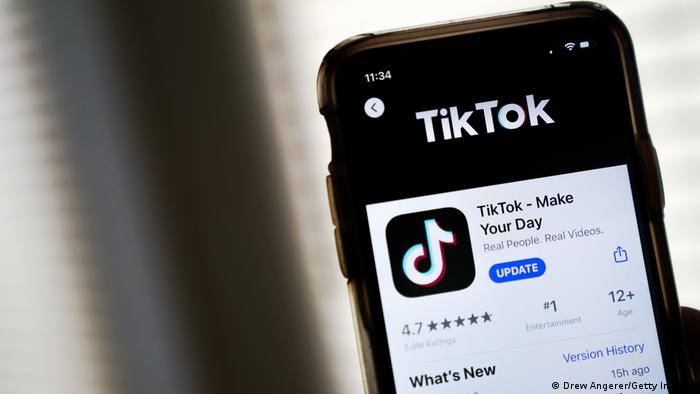 TikTok Global, a new company to be launched to allow the popular Chinese video sharing app to continue operations in the US, plans to launch an initial public offering (IPO), TikTok parent company ByteDance announced in a statement shared Monday.

ByteDance did not say how much money the new company plans to raise.

US President Donald Trump on Saturday announced he had approved a deal between TikTok and US companies Oracle and Walmart that would resolve data security concerns on the part of the US and secure the popular app's future in the country.

The US president had accused TikTok of collecting user data to share with China's government and in August demanded that ByteDance sell the app's US operations to a local company within 90 days or risk becoming banned there.

TikTok Global will conduct a pre-IPO round that will leave ByteDance with an 80% stake in the company, the statement said.

The statement contradicted an earlier announcement from Oracle and Walmart, who on Saturday had said that the majority of the company would be American-owned.

Oracle and Walmart have agreed to buy stakes in TikTok Global of 12.5% and 7.5%, respectively.

The company's board of directors will include ByteDance founder Zhang Yiming, as well as its current directors and the CEO of Walmart, the statement said.

The deal "does not involve the transfer of any algorithms and technologies" to the US, it said, though Oracle will have the authority to conduct security checks on TikTok's source code there.

The Monday statement was intended to clarify "rumors" about the deal, ByteDance said.

A "so-called tax payment of $5 billion (€4.2 billion) to the US Treasury" is a forecast of estimated income and other taxes the company will need to pay in the coming years and is not related to the deal with Oracle and Walmart, the company said.