The tentative deal has kept the app in online stores for another week. The deal will involve American companies Oracle and Walmart for technological and commercial partnerships. 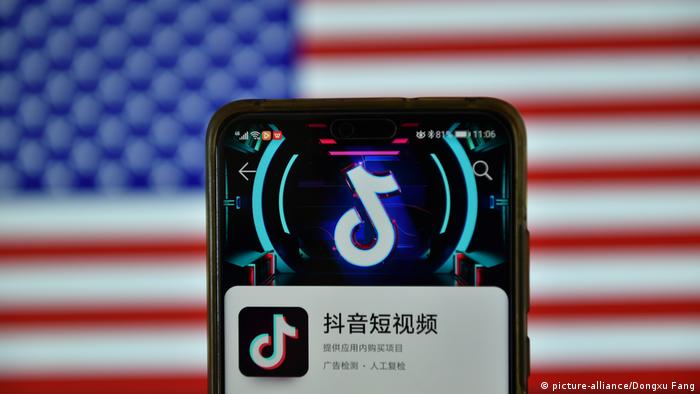 US President Donald Trump said Saturday that he has approved a deal, in concept, between video-sharing app TikTok, retailer Walmart and software company Oracle.

"I have given the deal my blessing," Trump said. "If they get it done, that's great. If they don't, that's OK too."

Trump said the proposed deal would result in a new company that would likely be based in the US state of Texas and would be under the control of both Oracle and Walmart.

TikTok has confirmed the deal in a statement, "We are pleased that the proposal by TikTok, Oracle and Walmart will resolve the security concerns of the US administration and settle questions around TikTok's future in the US."

The statement said Oracle will be the "trusted technology provider, responsible for hosting all US user data and securing associated computer systems to ensure US national security requirements are fully satisfied," saying the company was working on a commercial partnership with Walmart.

Both Oracle and Walmart confirmed they were part of the deal.

Oracle said TikTok's decision was "heavily influenced by Zoom's recent success in moving a large portion of its video conferencing capacity to the Oracle Public Cloud."

In a statement, Walmart said, "We have tentatively agreed to purchase 7.5% of TikTok Global, as well as enter into commercial agreements to provide our ecommerce, fulfillment, payments and other omnichannel services to TikTok Global."

The retailer said its CEO, Doug McMillon, would also serve as one of five board members in the newly created company, which could potentially generate 25,000 jobs.

Trump said the companies involved in the deal would make a $5 billion (4.2 billion euro) contribution towards "the education of American youth." He previously said the federal government should get a portion of the deal for authorizing it.

About 100 million people in the United States use the TikTok app, which Trump has previously decried as a security risk. He claimed the app was giving users' data to the Chinese Communist Party.

Trump issued an executive order in August that would ban the app in the US unless it was sold to a US company. Tech giant Microsoft was initially in the running to take over TikTok.

TikTok's parent company ByteDance, which is Chinese, launched a lawsuit late Friday to prevent the Trump administration's moves against banning the app in the US.

The US Commerce Department announced a one-week delay on the ban of new TikTok downloads following Saturday's tentative deal.

Washington had previously stated the app cannot be downloaded in the US starting on Monday, and the app will stop working completely in the US on November 12. It was not immediately clear what other impacts Saturday's deal will have on the app.

Another Chinese app in the mix

WeChat, another Chinese-owned app, is also at risk of getting banned in the US. Trump signed an executive order to ban the app in a similar manner to TikTok. The multi-purpose app has more than 1 billion users, primarily in China. There are nearly 20 million users in the US.

A spokesman for China's Ministry of Commerce said the move "seriously damages the lawful rights of the companies involved and disrupts the normal order of the market."