Hordes of tourists fill the city centres, while residents have deserted buildings full of history to make way for quaint hotels and tourist rentals - an issue that affects popular spots Europe-wide. 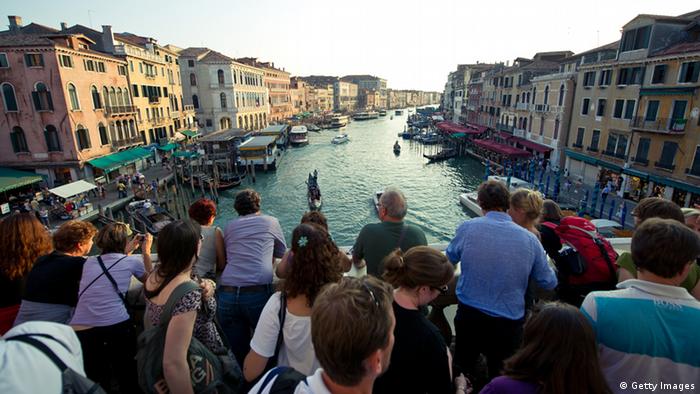 Memories of the past come flooding back as Manuel Mourelo strolls through Barcelona's picturesque Gothic Quarter: children playing, fun with the neighbours, traditional bars... But now, "all of that has disappeared." Hordes of tourists fill the narrow, winding alleys on guided tours, bike and Segway rides, while residents have deserted buildings full of history to make way for quaint hotels and tourist rentals - an issue that affects popular spots Europe-wide. 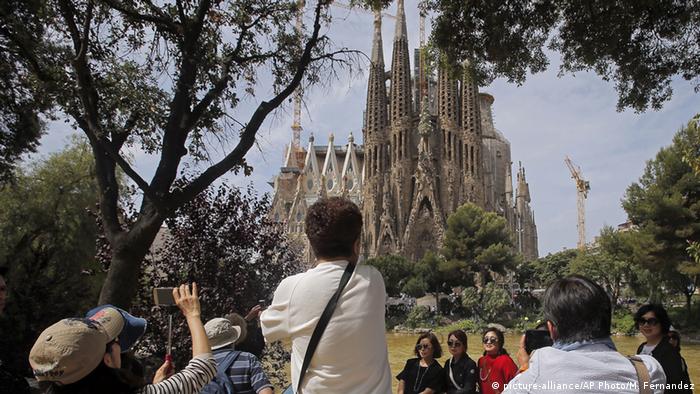 Last year, Mourelo himself joined the exodus out of a district he had lived in since 1962 when he came to the Spanish seaside city from Galicia in the northwest. The flat he had been renting for 25 years was sold to an investor and he was evicted. Having paid 500 euros ($560) a month in rent, he was unable to find anything else affordable in the area. "They were asking for 1,000, 1,200, 1,500 euros," says the 76-year-old, his face framed by thick glasses and a bushy moustache. "This was my village. I had it all here, my friends, my shops, I got married here, my children were born here, and I thought I would die here. "I feel displaced," he adds, his eyes welling up. 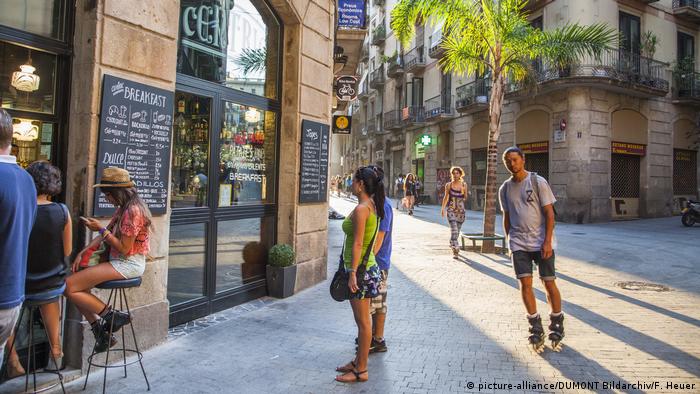 According to the city hall, the fixed population in the Gothic district so loved by tourists has dropped from 27,470 residents in 2006 to just 15,624 at the end of 2015. Now, 63 percent are "floating" residents - tourists or people in short-term lets. At the same time, according to real-estate website Idealista, rental prices in Ciutat Vella, where the Gothic Quarter is located, have gone from 14.4 to 19 euros per square metre in just two years.

Rising rental prices, noise and crowds jostling for space in the streets and the disappearance of traditional, everyday stores have all contributed to forcing people out for economic reasons... or due to sheer frustration.

The arrival of Airbnb and other such home-renting platforms has only aggravated the problem, locals say. "We're not talking about gentrification, about substituting the original population by another more wealthy one," says Gala Pin, a councillor in Ciutat Vella. "We're talking about the historic centre emptying out."

For sociologist Daniel Sorando, co-author of "First We Take Manhattan," an essay that analyses the phenomenon in various cities, the trend is towards "urban centres conceived as machines to make money while the working classes are displaced outside." The problem also affects cities further afield. 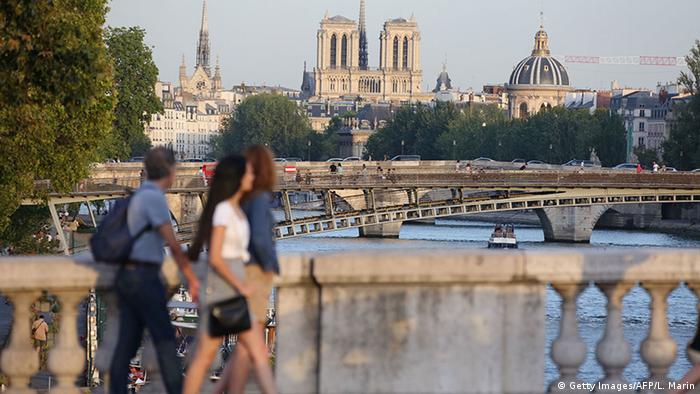 The Notre Dame Cathedral in Paris

In Paris, concerned residents of the 4th district, where Notre-Dame Cathedral is located, organised a symposium on the "invisible desertification" of city centres in March. The city hall in the French capital said earlier this year that it had lost 20,000 housing units in five years, partly to tourist rentals. This contributes to a "rise in prices" and a "drop in the population," Ian Brossat, in charge of housing for Paris' city hall, told. 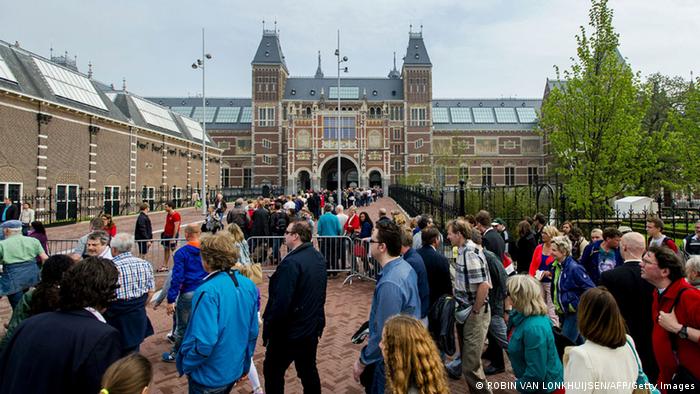 Tourists wait in line in front of the Rijksmuseum in Amsterdam

In Amsterdam, meanwhile, the ING bank found that owners could earn 350 euros more per month with seasonal rentals, pushing the prices up, Senne Janssen, author of the study, told.

To try and remedy the situation, Paris, London and Amsterdam want to regulate the duration of rentals and register all flats and houses being used for short-term lets in order to better control them. 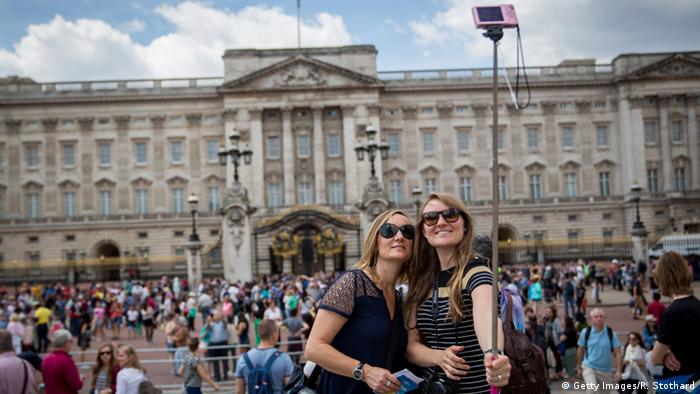 Tourists take a selfie in front of Buckingham Palace in London

In Berlin, people are only allowed to rent out one room in their home since last year, and the whole flat or house if it is a secondary or occasional use pied-a-terre. 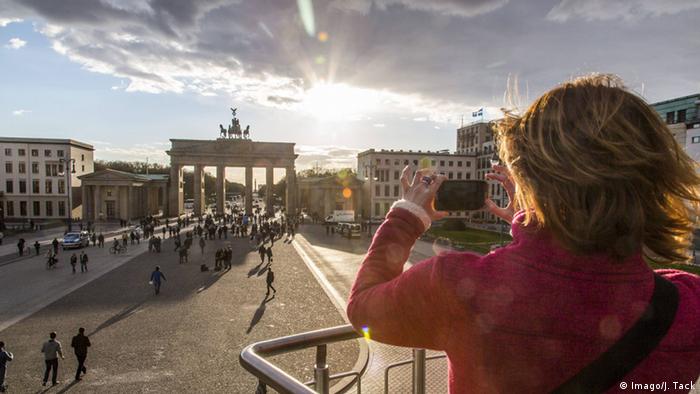 The Brandenburg Gate in Berlin

Barcelona, whose mayor Ada Colau is a former anti-eviction housing activist, has chosen to be even more strict. The city hall last year imposed a 600,000-euro fine on home rental platforms Airbnb and HomeAway for marketing lodgings that lacked permits to host tourists.

But Airbnb Spain says housing problems existed before. In Ciutat Vella, for instance, "there is three times more empty accommodation (that is not being rented out) than accommodation ads on Airbnb," says Spain spokesman Andreu Castellano. And research in cities like Berlin, Los Angeles, London and Barcelona into occupancy shows that "the amount of accommodation put online for purely professional use (rented out more than 120 days a year) is too low to have an impact," Airbnb adds.

Hard data on the impact of seasonal rentals on accommodation prices are few and far between, but all experts questioned said these could worsen the situation in already saturated areas. 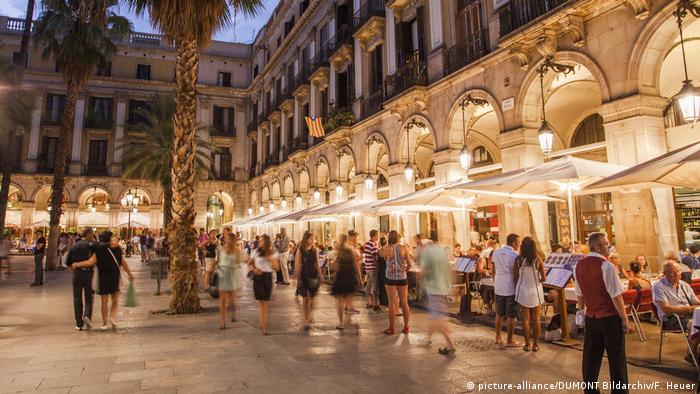 The Plaça Reial in the city center of Barcelona

Barcelona has been particularly hard hit by a rise in prices as investors are attracted by the profitability of a city that sees some 30 million visitors annually. Sergi Leiva, of real-estate firm MK Premium, says half of his clients are foreigners, who are looking for a second home or a good investment. And for those who hold on tight despite the prices, life is far from peaceful with the crowds, noise and lack of convenience stores. "If the prices don't throw you out, daily pressure does," says Marti Cuso, a 27-year-old local activist in Barcelona. Raised in the district, he is the only one among his friends to still live there. For Socorro Perez, an expert in human geography, the outcome is "cities without residents, dead districts." "Cities transform into 'clusters' of entertainment and consumption, into tourism fast food."

London is the latest city to have reached an agreement with Airbnb on limiting the sharing of private homes. The move is first and foremost designed to prevent a negative impact on the local housing market. (02.12.2016)

A Spanish court has annulled a fine of 30,000 euros ($32,000) imposed by the regional government of Catalonia on Airbnb for advertising lodgings that did not have permits to host tourists. (13.12.2016)

Barcelona city hall announced it would fine home rental websites Airbnb and rival HomeAway 600,000 euros ($635,000) each for advertising lodgings without a permit to host tourists. (25.11.2016)