Thousands of refugees have flooded into Burundi to escape a fresh outbreak of fighting in the Democratic Republic of Congo. The UNHCR has praised locals for welcoming their traumatized neighbors. 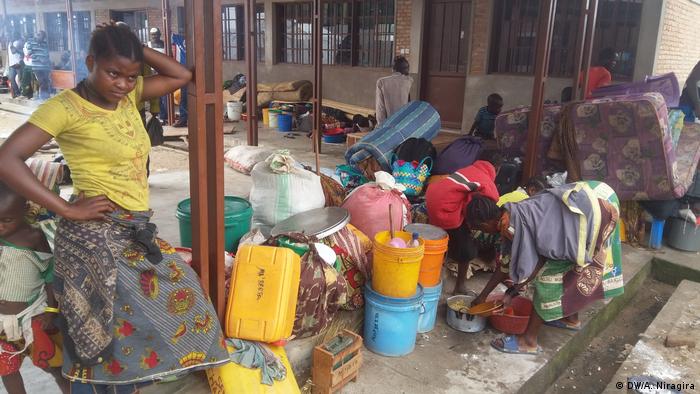 "It's definitely better here than on the other side of the lake," a Congolese refugee in the Burundian city of Rumonge tells DW, relief clearly visible on his face.

"The Burundians help us, they bring us sweet potato and corn to eat. I'm very grateful for the hospitality."

He fled his homeland in the east of the Democratic Republic of Congo (DRC) after clashes between government forces and rebels flared there last week. According to the UN refugee agency (UNHCR), the violence drove around 8,000 refugees across the border into Burundi within just a few days. 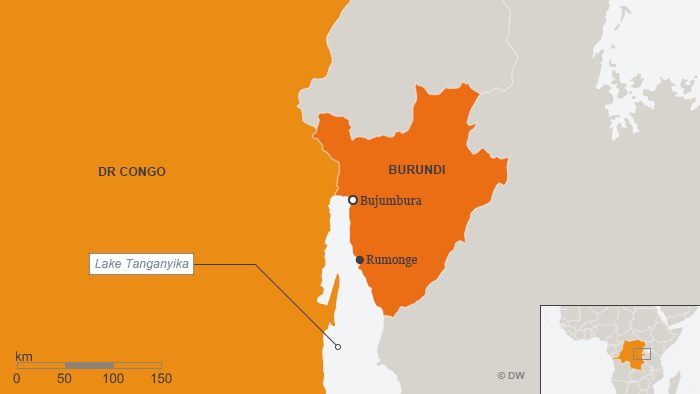 Most of the refugees arrived in Rumonge, the capital of the province of the same name in western Burundi. The city, home to around 36,000 inhabitants, lies on the shore of Lake Tanganyika.

Soufiane Adjali, UNHCR's representative in Burundi, says the city wasn't prepared for the sudden influx of newcomers. "There was no indication of what was happening on the opposite shore," he told DW. "Suddenly people started arriving here from across the lake in rowboats or small motorboats. So the first few days were quite difficult."

The people in Rumonge put the refugees up in several temporary shelters, including a local vocational school.

"There are only two toilets here," headmaster Gaspard Nibaruta tells  DW correspondents as he shows them round. "With more than 400 people here, we get hygiene problems."

A young Congolese woman who's come to the school tells DW the conditions are difficult to bear: "I haven't slept yet. We have to lie down on the floor. There are no mats, nothing. We also haven't had anything to eat yet." 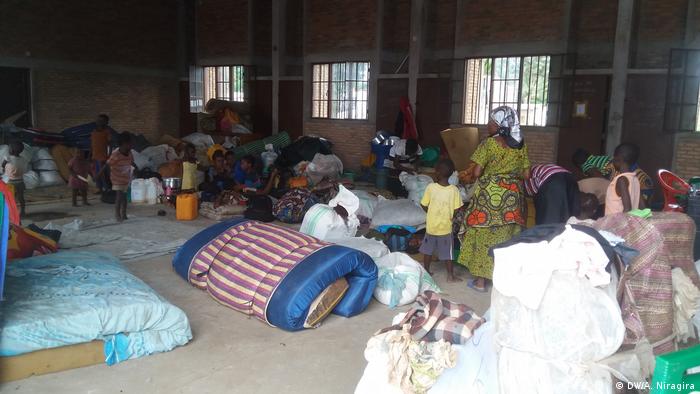 These Congolese refugees found shelter in Rumonge, on the Burundian side of Lake Tanganyika

The state of emergency in Rumonge didn't last long. The UNHCR, as well as local and international aid groups, swiftly stepped in and began transporting the refugees to other parts of the country.

The UN agency and Burundian organizations had already set up camps for refugees in several other provinces — albeit for a different purpose. These prepared shelters were intended for Burundians returning home from Tanzania after escaping civil war-like violence.

The severe political crisis that has paralyzed the country for more than two years still isn't resolved, but the fighting has eased. In April 2015, Burundi's president, Pierre Nkurunziza, decided to run for a third term in office, despite a constitutional ban. The controversial bid thrust the country into turmoil and led to mass protests. At least 1,200 people died, according to estimates from the International Criminal Court. Around 400,000 others fled to neighboring countries like Tanzania. The UNHCR says there are still some 43,000 displaced Burundians in the east of the Democratic Republic of the Congo.

Adjali of the UNHCR says the agency has been bringing Burundians in Tanzania back to their homeland via so-called "transit camps" since September. But given the urgency of the situation in the DRC, the repatriation plan was put on hold and focus shifted to the needs of the Congolese refugees.

"We had to move quickly to free up 20 buses to take people to camps," Adjali told DW. "The World Food Program already had food at those sites, so local aid organizations were able to prepare a warm meal for the newcomers."

Despite the help they were able to mobilize, Adjali admits things could have run more smoothly. "Some people had hardly eaten anything for 48 hours," he said, adding that the residents of Rumonge deserved high praise for the way they welcomed the refugees into their community.

"The people, the churches, and the Muslim community there really supported us and brought food to the newcomers — especially the children," he said.

Calm has now returned to the city on the shore of Lake Tanganyika. According to the UNHCR, around 5,000 refugees have been moved to the transit centers. The remaining 3,000 have been taken in by families or friends.

"If any more people come in the next few days, we are now prepared," he adds.

The possibility of more people fleeing to Burundi cannot be ruled out. The complex conflicts in eastern Congo have been simmering for years, with frequent outbreaks of violence. The UNHCR has described the situation as one of the world's worst crises leading to displacement.

The agency estimates that there are currently around 5 million Congolese fleeing conflict. While many have sought refuge outside their country's borders, some 4 million remain internally displaced.

Antediteste Niragira and Amida Issa contributed to this report.