Judges in The Hague have approved a full investigation into alleged crimes against humanity in Burundi, the first country to leave the International Criminal Court. Hundreds of people have been killed since 2015. 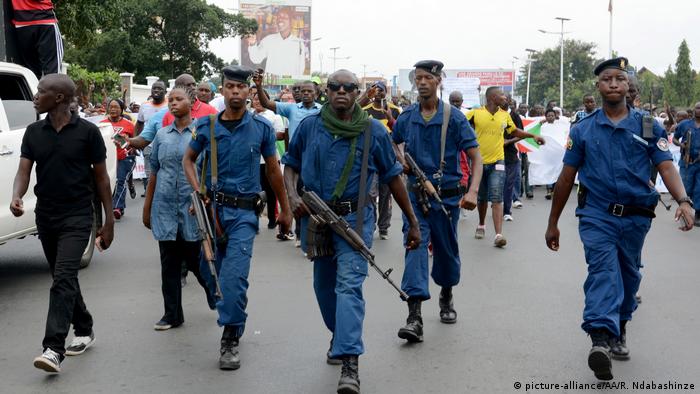 Judges at the International Criminal Court (ICC) in The Hague approved on Thursday the chief prosecutor's request for a full war crimes investigation in Burundi.

The judges found there was "a reasonable basis to proceed with an investigation in relation to crimes against humanity" in their decision made on October 25 but not announced publicly until Thursday.

United Nations investigators reported in September there was strong evidence of killings, torture and rape by mainly government forces but also by opposition groups in the land-locked, central African state.

The Burundi government had a "duty to cooperate with the court for the purpose of this investigation," the court found, since the probe was approved before Burundi's "withdrawal became effective" from the ICC, the judges said. They added that if "sufficient evidence" was found, the prosecutor could "issue either summonses to appear or warrants of arrest."

The judges ruled that although Burundi had become the first country to leave the ICC, the court still had "jurisdiction over crimes allegedly committed while Burundi was a State party to the ICC Rome Statute. Burundi was a State Party from the moment the Rome Statute entered into effect for Burundi (1 December 2004) until the end of the one-year interval since the notification of Burundi's withdrawal (26 October 2017)." 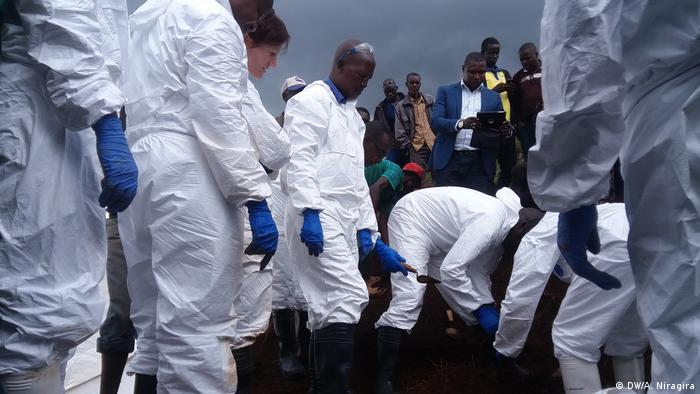 Mass graves have been found in Burundi

There have been protests since 2015 after President Pierre Nkurunziza decided to run for a third term. The opposition boycotted the poll.

The ICC judges noted that "at least 1,200 persons were allegedly killed, thousands illegally detained, thousands reportedly tortured, and hundreds disappeared. The alleged acts of violence have reportedly resulted in the displacement of 413,490 persons between April 2015 and May 2017."

Officers with Burundi's National Intelligence Service, which reports directly to the president, as well as the national police force, the military and the ruling party's youth league were implicated in the crimes, according to the UN report. Based on interviews with 500 victims and witnesses, the report also suggested Burundi's armed opposition groups had committed rights abuses.

The UN investigators had not been allowed to visit Burundi itself and carried out their work from neighboring countries. They had called on the ICC to open a case as soon as possible. 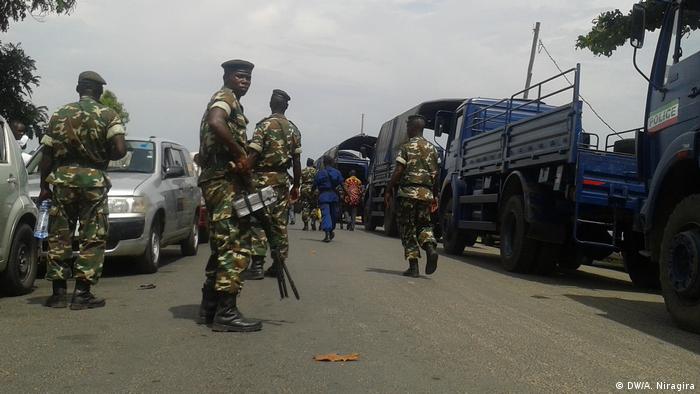 Troops on the streets of the Nyakabiga, in the Burundi capital Bujumbura

In a response to the decision, Burundi presidential office spokesman Willy Nyamitwe called the ICC "corrupt" in a tweet and said it had just "shot itself in the foot."

The Nkurunziza government had dismissed the UN report as part of an "international conspiracy" against the country.

The judges ruled that the ICC prosecutor could "extend her investigation to crimes which were committed before 26 April 2015 or continue after 26 October 2017," if certain legal requirements were met.

The UN Commission of Inquiry on Burundi has extended until June 2018 its deadline for the submission of information. It said in September that it had "reasonable grounds to believe that crimes against humanity have been committed and continue to be committed in Burundi since April 2015."

While opposition groups in Burundi continue to call into question Nkurunziza's legitimacy two years after his re-election, some regional actors and the African Union have shifted their focus on to the 2020 elections.

The government itself has proposed a constitutional amendment which would include the removal of term limitations for the president. A referendum on the proposed changes could be held early next year.