Pazardzhik is the first city in Bulgaria to ban the burqa. Some Muslim women will now rarely leave the house as a result. DW's Tatiana Vaksberg reports. 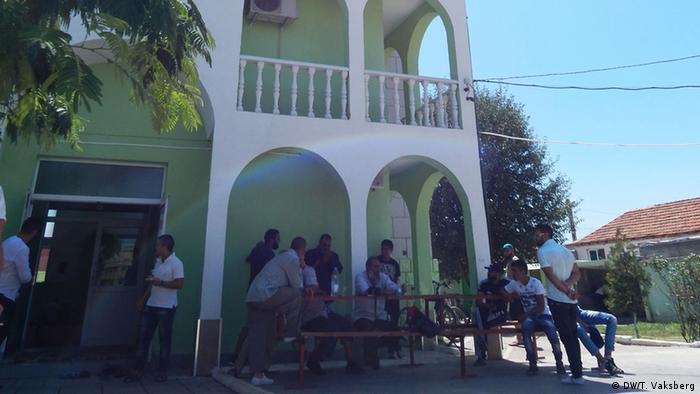 Sixteen-year-old Melissa Kartalova took a big risk: A few days ago she left the house in a burqa and got in her relative's car. Shortly thereafter, the police stopped the vehicle and brought Melissa to the station.

The southern Bulgarian city of Pazardzhik implemented its ban on fully concealing the body, such as with the burqa, one month ago. The move is reminiscent of a ban that had been in place under communist rule in the 1980s; it was revoked on the national level in the 1990s. In Pazardzhik, women who now go out in public completely covered, including the full-face veil known as the niqab, risk a fine of 150 euros ($165) on the first offense and 500 euros on the second offense. That's more than an average month's salary in Bulgaria.

"The police demanded I remove the niqab," Melissa said. She had already paid the fine. Her shame was indescribable with the loud policemen looking directly at her face, she added.

Svetla, a 40-year-old Muslim, called it targeted humiliation. She and Melissa were sitting on the floor of the women's room at the Abu Bekir mosque in Pazardzhik. There are 30 Muslim women like them who wear the niqab, and seven or eight have paid fines, they told DW. The two declined to be photographed.

Husbands urge their wives to abandon the niqab

Police chief Ivan Gentschev neither confirmed nor denied the statement. "I know their traditions, their customs, their religion and their lives. I have nothing to say about it," he told DW. 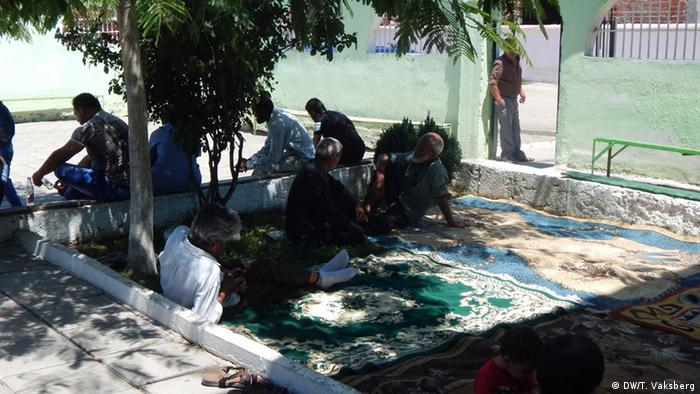 The mosque courtyard: Even here Melissa and Svetla have to be careful after the ban

An estimated 30,000 people live in Pazardzhik's Roma settlement, and two-thirds of them self-identify as Turkish-speaking Muslims. Their mosque, Abu Bekir, was accused by authorities of "spreading radical Islam" in Bulgaria in a case against 14 Muslim preachers. Ahmed Mussa is one of them, and Svetla's husband. He's been in jail while on trial the last six months.

The Netherlands has taken a major step toward introducing a partial ban on wearing face-covering garments in some public places. The move is seen as targeting the full-face Islamic veils worn by some Muslim women. (22.05.2015)

Why do so many refugees avoid Bulgaria?

In an Arabic language "Refugee Handbook," Bulgaria ranks first among countries asylum seekers should avoid. Refugees say xenophobia and Islamophobia are widespread and that they try to skirt around the country. (10.09.2015)

Svetla used to visit him, but not anymore. "It used to be women conducting the full-body searches. Now it's only men," she said. "I couldn't imagine removing my niqab in their presence, then letting them do a full-body search. So I have to stay home."

Since the ban went into effect, the women in Pazardzhik who wear the niqab prefer staying home. Their husbands wish they didn't. "They're overwhelmed now that women can't go shopping or bring the children to school," Svetla said. "How can you live when the police are constantly lurking just outside the door?"

Not all Muslims in Pazardzhik agree. "Never in my life," could a Muslim cafe owner not far from Abu Bekir understand why women must be fully covered. He attends another mosque, where "such things" aren't tolerated.

But should full-body concealment be banned? He shrugged his shoulders. "Let them walk around however they want," he said.

Two brothers working at an auto shop see it differently. The ban is a security measure. "Walking around like that you could hide anything. Bombs and such."

There are many Muslim women in Pazardzhik in western dress. Covering up of women is mentioned twice in the Koran, said Ali Selim, a 32-year-old imam in the Bulgarian city. However, two of the four most important Koran interpretations allow women's faces be left uncovered. Pazardzhik's 20,000 Muslims follow different interpretations.

Previous bans, which more specifically targeted Muslim dress, were a tool to oppress the Muslim minority in Pazardzhik. The wearing of the veil hasn't increased much, however, since the founding of the mosque and the re-emergence of the niqab in the 1990s, said Yashar Mustafa and Ahmed Mussa, who helped found the mosque.