Bundesliga: Performance of champions as Bayern Munich turn up the heat on Borussia Dortmund | Bundesliga | DW | 02.03.2019

Bundesliga: Performance of champions as Bayern Munich turn up the heat on Borussia Dortmund

It's taken months to reach this point, but Bayern Munich are looking like their old selves again. A crucial victory in Mönchengladbach has reinstated them as title favorites, writes Michael Da Silva. 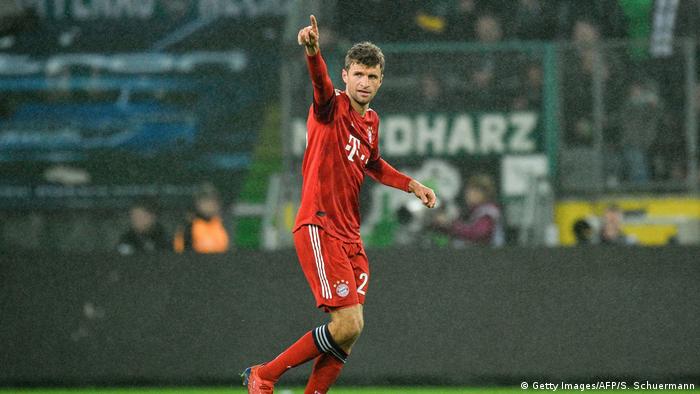 If Bayern Munich end the season pouring beer over each other in celebration of a seventh consecutive league title, they'll have done so after their least convincing season during this era of unparalleled Bundesliga dominance.

Last autumn, Niko Kovac was contending with locker-room rebellion and the club hierarchy's failure to update an ageing and faltering squad. All the while, Dortmund were flying and threatening to run away with the title as they thrived under Lucien Favre.

Fast forward a few months and Bayern have arrived at the party, albeit late and with a stinking hangover from the night before. It perhaps speaks volumes about the lack of competition at the top end of the Bundesliga that Bayern are now favorites to clinch the title, while Dortmund look more likely to finish second after their best season since Jürgen Klopp guided them to a league and cup double in 2012, and a Champions League final a year later.

Bayern's job in Mönchengladbach was simple. Win and they go level at the top of the table, win by six and they take the outright lead. The latter was always going to be a big ask. Gladbach have their own ambitions of securing Champions League football, and have a great record against the Bavarians at Borussia-Park, unbeaten in three of the last four games against Bayern there. 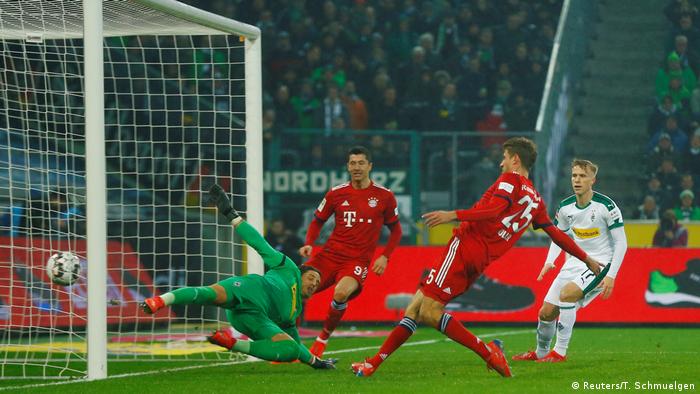 Thomas Müller's influence was key for Bayern Munich in Mönchengladbach.

But Bayern started the game with intent and purpose, and took the lead through Javi Martinez's header from a corner, even if the goal should have been disallowed for a push by the Spaniard in the back of Nico Elvedi.

There was a grit, determination, and sheer single-mindedness about Bayern in this game that we simply haven't seen from them throughout most of the Kovac era. That approach paid off when the lively Thomas Müller, reinstated to the starting line-up for the first time since the 3-1 defeat in Leverkusen a month ago, scored from close range.

Bayern's big players, of whom Müller is one, have been here before. Bayern's titles are usually sewn up by about now and a title race is not what they expected, but while Dortmund's young guns are buckling under the weight of expectation, the experience of the likes of Müller and Robert Lewandowski is beginning to count.

Lars Stindl's well-taken strike just before halftime could have threatened to erode Bayern's confidence, but this is not the Bayern of last autumn. Lewandowski's instinctive finish early in the second half, a fourth from Serge Gnabry and an injury-time Lewandowski penalty extinguished Gladbach's challenge. It also cemented a result that serves as a timely reminder that despite their imperfections, their pedigree alone could yet see Bayern end the season as champions once more.

After Borussia Dortmund slipped up on Friday night, Bayern Munich took advantage with a superb performance against Gladbach. With 10 games to go, the Bundesliga is enjoying a serious title race. (02.03.2019)