Borussia Mönchengladbach have confirmed Marc-Andre ter Stegen will leave Borussia-Park this summer - probably to join FC Barcelona. Yann Sommer from FC Basel will be his successor. 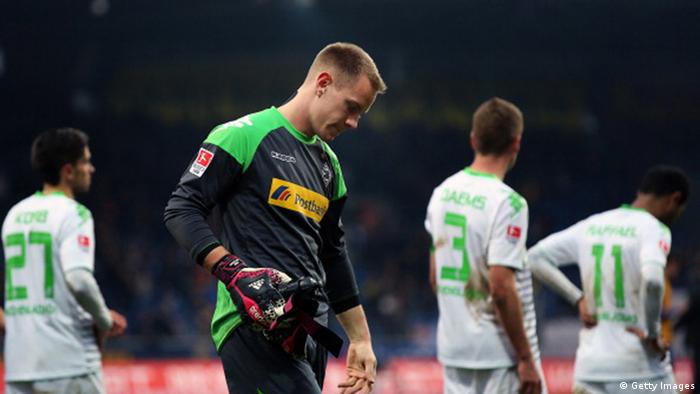 Gladbach's sporting director announced that 25-year-old FC Basel goalkeeper Yann Sommer had signed a five-year contract with the Bundesliga side after the two clubs agreed a reported fee of 6 million euros ($8.3 million).

"After Marc-Andre ter Stegen had informed us that he definitely wanted to leave at end of season, we have now reached an agreement with his new club on the transfer arrangements," sporting director Max Eberl said. "He is looking for a move abroad."

The German international goalkeeper, among a small army of pretenders to Manuel Neuer's national crown, has still to publicly confirm his new club, but many reports suggest Barcelona are the side to agree terms with Gladbach.

The La Liga side has been linked with a move for him for the past year and look prepared to pay anywhere in the region of 10 million euros. Ter Stegen has been the primary goalkeeper at Borussia-Park since January 2011 when Lucien Favre took over from Michael Frontzeck. Other experienced, but less convincing, stoppers were ditched and the young German proved an immediate success.

His attitude was composed from the very beginning and began making use of his excellent ball-playing skills and passing ability, though his appearances for the national squad proved less successful and were marked by blunders.

He is set to replace Victor Valdes as the long-standing number-one keeper at the Camp Nou, with Manchester City one of many clubsreportedly keen to sign the Spaniard.

Ter Stegen's replacement, though, has been a mainstay in FC Basel's recent success in the Champions League and Europa League, also winning three Swiss championships. "He is an excellent goalkeeper who has already gained a lot of international experience at 25 years old," Eberl added.

"For me it is a big challenge." Sommer told Gladbach's official website. "It is a big step up from Switzerland to the Bundesliga. That is clear. I just want to have a good time at Borussia and help the team.

"Replacing a very good goalkeeper like Marc-Andre ter Stegen, I want to copy him and try to play as well as he does. Then I'd be happy."

Sommer is one of a handful of players to cross the border from Switzerland to Germany. The 25-year-old follows Granit Xhaka to Gladbach and Xherdan Shaqiri who went to Bayern Munich from FC Basel.

It's proven to be a happy hunting ground for German clubs with transfer values cheaper, the language factor and the experience of competing for trophies at FC Basel.

"In Switzerland, most follow the Bundesliga quite intensively," Sommer said. "Borussia's development is great if you think how close they came to relegation a few years ago and recovered to compete in last season's Europa League. The development is great, and I hope it continues.

"Borussia is a club with tradition, a very big club in the Bundesliga,” the Swiss keeper said. "But the conversations I had with the officials were very friendly and very genuine. That convinced me. But there wasn't much persuasion necessary anyway."