FC Augsburg and new signing Ricardo Pepi were no match for Bayer Leverkusen, who, despite a host of absentees, continued their top-four push with a dominant display. Moussa Diaby again impressed for the Werkself. 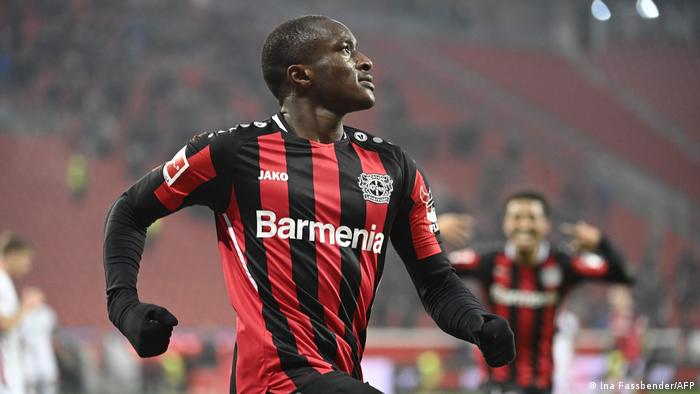 A potentially intriguing battle between two of the Bundesliga's most high-profile talents meant that Bayer Leverkusen's home game against Augsburg attracted somewhat more attention that it perhaps otherwise would have.

But, while international media and curious scouts may have been keen to see what Augsburg's new American signing, Ricardo Pepi (19), could do to a leaky Leverkusen defense, the 750 home fans only had eyes for their Werkself and teenage talisman Florian Wirtz (18).

In the end, though, it was a Moussa Diaby masterclass that secured three well-deserved points for a clearly superior Leverkusen.

Diaby had already played a key role in setting up Karim Bellarabi's opener before adding three more himself, two clinical finishes when one-on-one came either side of an effort on the rebound.

"My first goal was my favorite one," Diaby told DW post-match. "Because it came from a pass from Amine [Adli] after a nice move, and then I was able to finish it well."

The Frenchman now has 11 goals across the Bundesliga and Europa League this season, demonstrating exactly why Didier Deschamps has called him up for the French national team.

"I think he appreciates my offensive qualities," Diaby said. "I can cover a lot of ground with my pace and I can play key passes."

Little can stop the miniature winger when he's in full flow — especially when his runs are spotted by teammates with the vision of Wirtz.

The co-cover star of this month's 11FREUNDE football magazine — alongside his sister and fellow Leverkusen player Juliane — adopted a slightly deeper position against Augsburg because of absentees, but still had a decisive influence on the game with key passes.

"Florian is a super player, and he will go on to do great things in future," Diaby said. "We have a really good understanding, and we get on well off the pitch, too — he even speaks a bit of French! Not brilliant, but sometimes he says a few little words to me in French on the pitch."

As for Augsburg, Pepi and new American investor David Blitzer, their battle against relegation — and indeed their quest for more exposure in the Bundesliga's US market — will be decided elsewhere. 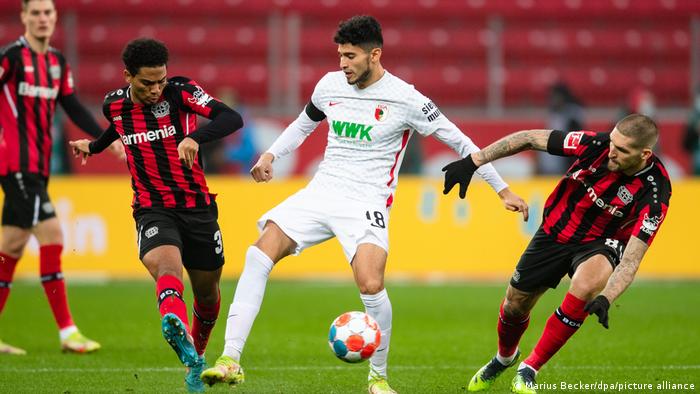 Ricardo Pepi struggled to make much of an impact for Augsburg

Pepi prompted the first half-chance of the game when almost he almost pressurized Jeremie Frimpong into a sixth-minute own goal. But he was otherwise more noticeable for giving the ball away and earning a telling off from referee for continuing to challenge for a ball after the whistle had blown. He saw a tame shot saved easily in the second half before being substituted just before the hour mark.

Augsburg got back into the game at 2-1 when Lukas Hradecky spilled a fierce shot from Michael Gregoritsch and Arne Maier tapped home, but Leverkusen quickly upped the tempo again.

Diaby completed his hat trick and Lucas Alario capped off the rout with a cheeky flick to make it five and keep Bayer Leverkusen on course for the Champions League.