A year after the German Football League presented its hygiene concept for the Bundesliga to return to play following the COVID-19 outbreak, a quarantine plan has been announced to ensure that the season gets finished. 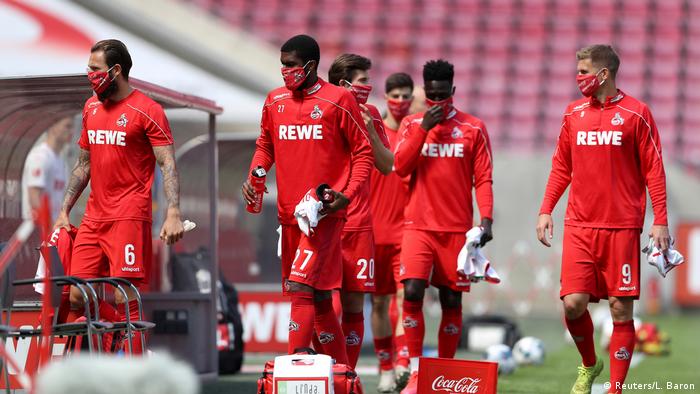 When German Football League (DFL) CEO Christian Seifert unveiled the Bundesliga's hygiene concept for resuming play in the wake of the coronavirus outbreak last April, the plan was hailed as a shining example for other European leagues to follow. But fast-forward a year, and things aren't looking quite so straightforward.

While the Bundesliga has made it through the bulk of the season with little trouble, on Thursday, the DFL, clearly worried about a third wave of the virus that has seen COVID-19 infections rise exponentially in recent weeks, unveiled additional measures.

On Thursday, it announced "two-stage quarantine measures" to ensure that the season gets done on time — something it urgently needs to do in view of this summer's Euros, which the virus had put paid to one year ago.

Following a recommendation by the "Sports Medicine/Special Match Operations Task Force" headed by Prof. Dr. Tim Meyer, the first stage of the plan will see the "professional team, coaching team and team officials" remaining "in their home environment or on the training premises/in the stadium from Monday, 3 May." The idea is to further reduce contact with outside individuals to minimize the infection risk.

In the second step, the same group of persons at all 36 first and second division clubs are to enter a "quarantine training camp" beginning on May 12. Any staff, players or officials entering any of the camps must have had a PCR test with a negative result no more than 24 hours beforehand. They will be required to remain there until the competition of Matchday 34 on May 23, meaning the last two matches of both divisions will be affected.

The alarm bells at the DFL's headquarters in Frankfurt will have been raised by an outbreak at relegation candidates Hertha Berlin, whose players were forced into a two-week quarantine last Thursday after several squad members tested positive for the coronavirus.  This has forced three of their matches to be postponed until early May, meaning they will have to play five matches in just 13 days in order to complete the season.

Hertha are the first Bundesliga club to be forced into quarantine, but there had already been several such cases in the second and third divisions, the most notably Bundesliga 2 outfit Holsten Kiel, who emerged from their 14-day quarantine on Wednesday. Kiel had been chasing promotion until their quarantine saw four games postponed – and they have fallen out of the top three. Like Hertha, they are facing a packed schedule to end the season, including their German Cup semifinal against Borussia Dortmund on May 1.

The situation is reminiscent of that suffered by Dynamo Dresden last season, when a COVID-19 outbreak forced the team into quarantine and saw them having to play nine fixtures in just 29 days. Dresden finished last and were relegated to the third division.

The DFL are hoping their two-step quarantine plan for finishing the season in both divisions will prevent any more unpleasant surprises on the last three matchdays of this campaign.

Hertha Berlin have become the first Bundesliga team to quarantine after four positive COVID-19 tests. With a surge of infections already causing chaos in Bundesliga 2, the German Football League has issued a warning.