Bundesliga club Hamburg: From European glory to relegation and riots

On 25 May 1983, Hamburg beat Juventus to win the European Cup. Now, 35 years later, one of Germany's most famous clubs is on the brink of being relegated from the Bundesliga for the first time. How has it come to this? 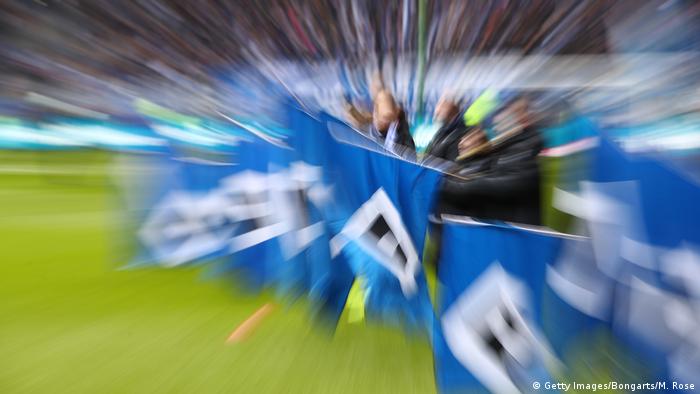 For years, the chant has rung out from the northwest terrace of the Volksparkstadion in Hamburg – but the third line is looking increasingly in danger of becoming obsolete.

Hamburger SV, as they are offcially known, are the Bundesliga's only remaining founding members never to have been relegated; even the mighty Bayern Munich were only promoted to the Bundesliga in its second season. But now, 35 years after winning the European Cup in Athens, the club's 55-year stay in Germany's top-flight looks like it's coming to an end.

Last weekend's 2-1 defeat to Hertha Berlin didn't just leave HSV bottom of the Bundesliga with seven games to play, but events on and off the field summed up much of what has gone wrong at Hamburg over the last decade. 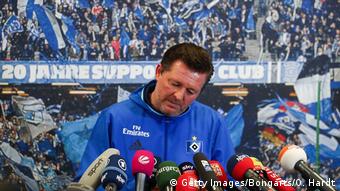 Fifteenth, 16th, 16th, and14th; Hamburg have finished in the bottom five of the Bundesliga in four out of the last six seasons.

Twice, they saved themselves by the skin of their teeth via playoffs against Greuther Fürth (2014) and Karlsruhe SC (2015). Last season, Luca Waldschmidt's final-day heroics against Wolfsburg saw them finish a flattering 14th.

Last weekend however, the Bundesliga's only remaining founder member never to have been relegated finally sank to where many feel they belong – rock bottom. 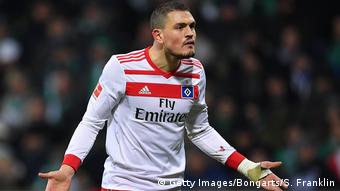 Kiriakos Papadopoulos was among the veterans dropped

Newly appointed head coach Christian Titz dropped five senior players for his first game in charge and replaced them with recruits from Hamburg's U21s – who Titz has led to the top of the regional fourth tier this season.

Kyriakos Papadopoulos was on the bench while Dennis Diekmaier, Mergim Mavraj and André Hahn didn't even make the matchday squad. Out-of-favor Brazilian midfielder Walace didn't even attend the match, preferring to post images of his living room on social media instead. Walace has since been assigned to training with the reserves.

"It's a shame that many experienced players who have saved Hamburg before weren't in the team," criticized Papadopoulos. "Sometimes, the best solution isn't to try something new."

Well, what is the solution then? As Albert Einstein famously said, the definition of insanity is doing the same thing over and over again and expecting different results. And belonging to a group of experienced professionals who have repeatedly found themselves fighting to save one of Germany's biggest clubs from relegation is not a laudable achievement.

The Greek defender's criticism sounded more like a desperate excuse for his own performances and those of Hamburg's other senior players – players who now appear only to be thinking of their own futures, like rats deserting a sinking ship. 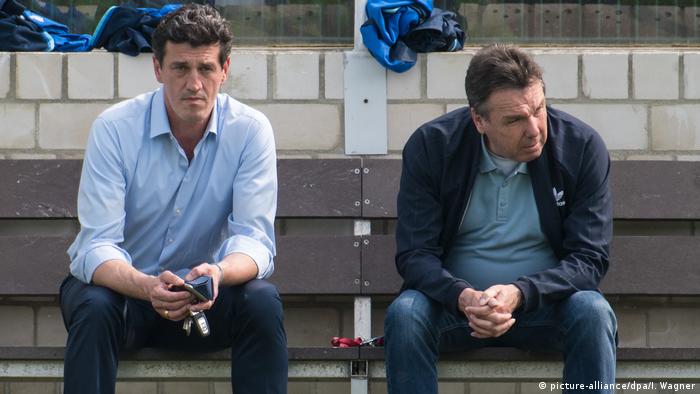 Jens Todt and Heribert Bruchhagen were both recently shown the door

The controversial decoupling of HSV's professional football division from the amateur sports club in 2014 was voted through with the promise of a brighter future, but it split the fan base as disenfranchised supporters turned their backs and formed their own fan-owned club, HFC Falke.

New club president and chairman of the professional football club's supervisory board, Bernd Hoffmann, has made sweeping changes, quickly dismissing the chairman, Heribert Bruchhagen, and sporting director Jens Todt in what he called "the biggest shake-up in the 131-year history of HSV."

With debts of over €105 million ($129 million), Hoffmann has spoken of a "drastic financial situation" but is confident that the club can turn things around – regardless of in whiich league they will be playing.

"We'll have a license for the first and second division – possibly with the help of Herr Kühne," he told regional public broadcaster NDR on Sunday.

"But you can be sure of one thing: HSV will remain a valuable member of German professional football next season." 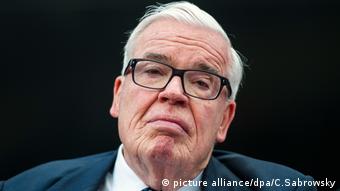 Klaus-Michael Kühne's millions have propped up the club

"A few years ago I would have said Hamburg has three pearls," said Kühne at the opening of his new luxury hotel in the city on Monday, "the Elbe Philharmonic Hall, our new hotel and HSV. Now it only has two pearls."

The 80-year-old businessman with an estimated personal wealth of $15 billion initially got involved by purchasing transfer rights for players such as Dennis Aogo, Dennis Diekmaier and Rafael van der Vaart back in 2010, but increasingly also provided loans for transfers and wages – in exchange for shares in the club.

As of November 2017, he owned 20.57 percent of the HSV Fußball AG – the company that operates HSV's professional football team. In accordance with German football's 50+1 ownership law, 76.19 percent of the shares are held by the parent club (the Hamburger Sport-Verein eV).

Kühne himself claims to have invested around €60 million in HSV, although some observers believe that figure is closer to €100 million. Hamburg need to submit an application for a second division license by the start of April. Given the loss in television revenue that relegation will entail, they are bound to be reliant on Kühne's help once again.

"I've always said that Mr. Kühne is a particularly important partner for HSV," said club President Hoffmann. "And he will remain so in the coming years." 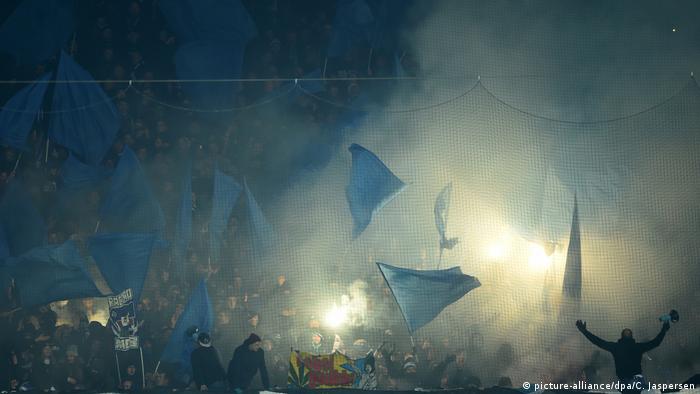 The fans may not be happy, but they are still turning up in numbers

As the final whistle blew on Saturday, scuffles were already breaking out among fans on the terrace behind one of the goals. Six stewards, one policewoman and two HSV fans were injured as some hardcore ultras attempted to force entry to the dressing room.

The tension has been building for weeks. Ahead of the home defeat to Bayer Leverkusen last month, fans aimed a banner at the players, reading: "Before the clock runs out, we'll chase you through the city." A week later, large amounts of pyrotechnics were set off at the derby away at Werder Bremen, causing play to be temporarily halted.

And following the 6-0 defeat to Bayern Munich, crosses were placed around HSV's training pitch with a banner reading: "Time's up: we'll get you all."

With 78,205 members, HSV are the 15th largest sports club in the world and sixth-biggest football club in Germany. Despite the team's recent struggles, average attendance at the Volksparkstadion has remained above 50,000 – with a number of sellouts.

Still, the fans are not only fed up – soon they'll have to come up with a new song.