An irrepressible first half set Mainz on the path to victory, with an overwhelmed Augsburg unable to recover. It was a welcome win for Mainz, with Germany U21 captain Jonathan Burkardt impressing in front of Hansi Flick. 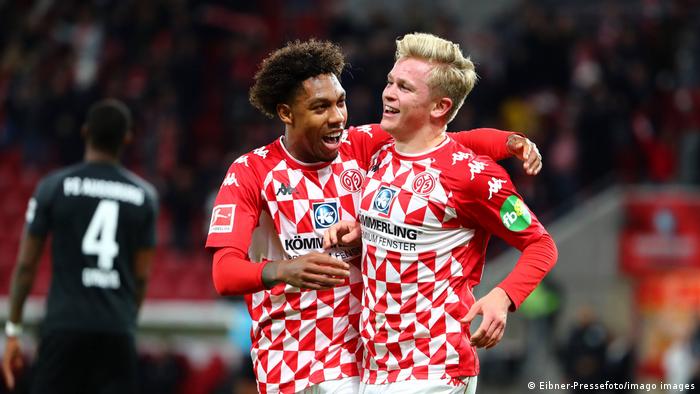 Mainz haven't played with such panache for a while. Their impressive start to the season, which included victory over RB Leipzig on the opening day, was rapidly diminishing into the rear view mirror. Late summer optimism was giving way to early Autumn angst.

Slender defeats by Bayer Leverkusen and Borussia Dortmund should always have been taken with a pinch of salt, even if a home defeat by Union Berlin was less excusable. That trio of consecutive defeats had applied some light pressure on coach Bo Svensson, who really needed a win here against struggling Augsburg. He got that, and some.

With eight goals for and against in as many games ahead of this contest, Mainz have hardly been the great entertainers of the Bundesliga this season. Here they let their hair down ever-so-slightly to reveal a team capable of playing at a very watchable tempo. And as each goal went in, Svensson's players only gained confidence in their ability to pick off Augsburg.

As Mainz swaggered their way to a 3-0 half-time lead, it was clear that it was a scoreline that flattered Augsburg. Mainz should have been at least five goals to the good at the interval in one of the most lopsided halves of football in the Bundesliga so far this season, instigated by a team that hadn't won a home game since late August. 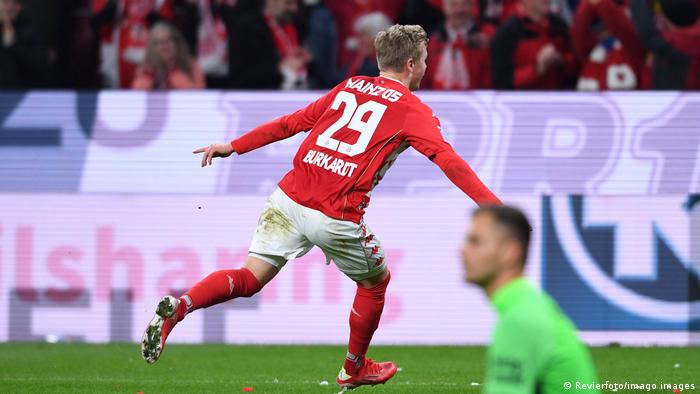 Mainz climb to sixth in the Bundesliga, at least for now.

Karim Onisiwo walked away with a goal and two assists, but this felt like a significant night for Jonathan Burkardt, who marked his 50th Bundesliga appearance with two goals in front of the watching Hansi Flick. The captain of Germany's under-21 team was superb alongside Onisiwo at the apex of Mainz's attack, demonstrating intelligent movement and an eye for goal. Burkardt scored the third and fourth goals here, the first a header and the second an elegant finish to a sweeping Mainz move. With Germany's next batch of games a little over two weeks away and already secure of their place in Qatar, the 21-year-old must at least be in Flick's thoughts.

For Augsburg, this was an ordeal. Markus Weinzierl's team paid for their dreadful first half, and were simply incapable of living with the intensity, hunger, and the directness of Mainz's play. They were bullied, and most worryingly for the Bavarians, didn't look particularly interested until a presumably fiery Weinzierl half time dressing down ignited some pride – and a consolation goal by Andi Zeqiri – after the break. But that merely softened the edges of a defeat that could have been even uglier than it was.