While not mathematically guaranteed, Mainz all but secured their top-flight status on Monday night. In doing so, head coach Bo Svensson has helped mastermind the greatest escape of the Bundesliga era. 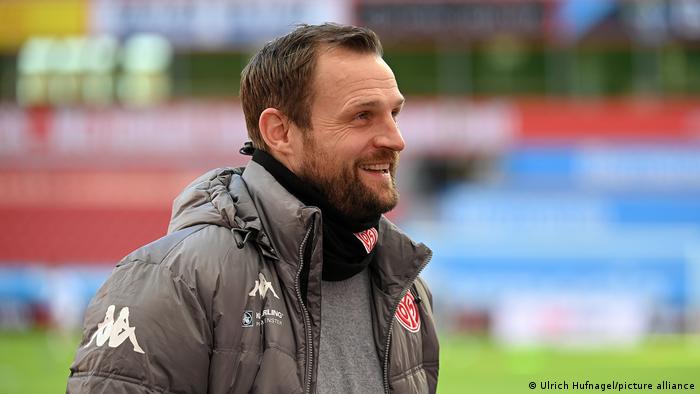 Mainz have picked up 29 of a possible 48 points since Bo Svensson took over in Janaury.

At the halfway stage of the 2020-21 Bundesliga campaign Mainz looked destined to have their second stint in Germany’s top tier end after a run of 12 seasons. Now they’re on course to pull off arguably the greatest escape since the Bundesliga’s inception in 1963.

Never a side who have felt entitled to a spot in Germany’s top tier, Mainz’s 15th season has been their most turbulent in club history. After Achim Beierlorzer lost the dressing room, Jan-Moritz Lichte and Jan Siewert failed to inspire as they instead got swept up in the storm of a grueling battle for survival.

It was there though, that their fourth head coach of the season, Bo Svensson, miraculously managed to establish a sense of calm after taking the reigns in January.

Set to be the latest through Red Bull’s head coaching factory line working for Salzburg’s feeder team FC Liefering, only a tug at the heart strings from his former club was enough for Svensson to break contract.

A switch back to the school of coaching where he’d completed his qualifications and one that produced Jürgen Klopp and Thomas Tuchel, two men the Dane played under during a seven-year spell on Mainz’s books. During that time he experienced promotion, European qualification and the odd brush with relegation. 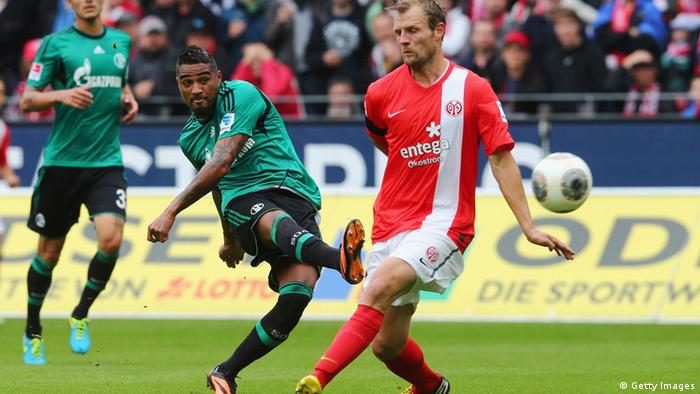 Svensson made 122 appearances in all competitions for Mainz during seven years on the books.

A battle for survival wasn’t unchartered territory for Svensson. Mainz’s situation was though and, having sat bottom of the table level on points with Schalke at the halfway stage of the season, Svensson spent weeks reiterating that "no team with just seven points after the Hinrunde have ever survived" in the Bundesliga era.

For the 41-year-old the development of the team and the club was of "greater importance" and it was that pragmatism combined with the cool, but uncompromising demeanor transferred over from his playing days that has seen Mainz reestablish the core values lost under his predecessors.

Form worthy of the Top 6

Mainz have never been the most technically gifted side in Germany’s top-flight, but they are often amongst the most athletically gifted. Svensson’s approach has been a return to the energetic ensemble, who left their egos in the dressing room and made life difficult for every opponent courtesy of their unique blend of relentless pressing and incisive passing. 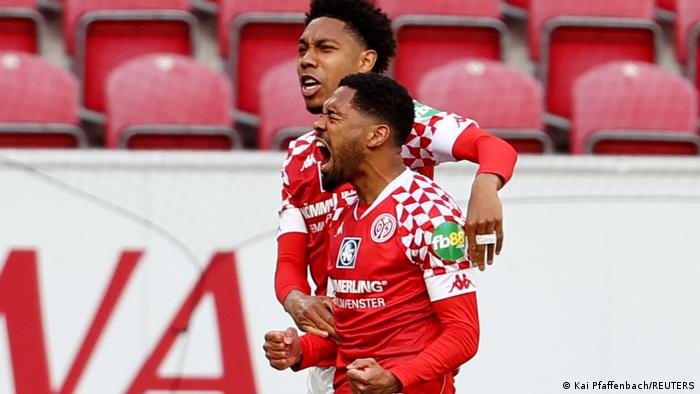 Philipp Mwene's first-ever Bundesliga goal was only enough for a 1-1 draw against Hertha.

The teams’ form since has been a by-product of Svensson coming in with a long-term vision, instead of seeking short-term solutions as they’ve gone from being level on points with Schalke after Matchday 17 to picking up more points than Dortmund in the second half of the season.

28 points from a possible 42 in the Rückrunde represents form that would result in European qualification if produced over the course of a whole campaign. Mainz’s only priority, however, is survival.

On Monday, they took another step towards securing it despite sharing the spoils with a Hertha Berlin side fresh out of a 14-day spell in quarantine and lacking in rhythm.

The 1-1 draw on home soil produced a precious point, which has left them six points clear of the bottom three with nine points left on offer. Nevertheless, it was a disappointing result in the context of a nine-game unbeaten streak that had most recently seen them beat league leaders Bayern to delay their title celebrations.

"Today feels like a loss because we could have taken a very big step towards staying in the league," admitted midfielder Jean-Paul Boetius, who himself missed a hat trick of chances that could have seen his side seal all three points in the first half. "We have postponed that day, let’s just say it like that."

Mainz’s remaining three games pit them against Champions League aspirants Frankfurt, Dortmund and Wolfsburg. It could have been a daunting gauntlet to secure survival, instead, one point from three games should be enough to secure Svensson "Coach of the Season" honors for masterminding the greatest escape in Bundesliga history.