The Bundesliga kicked off with a bang as Borussia Dortmund took advantage of Bayern's slipup on opening night. There was also a baptism of fire for Union Berlin as they hosted Bundesliga football for the first time. 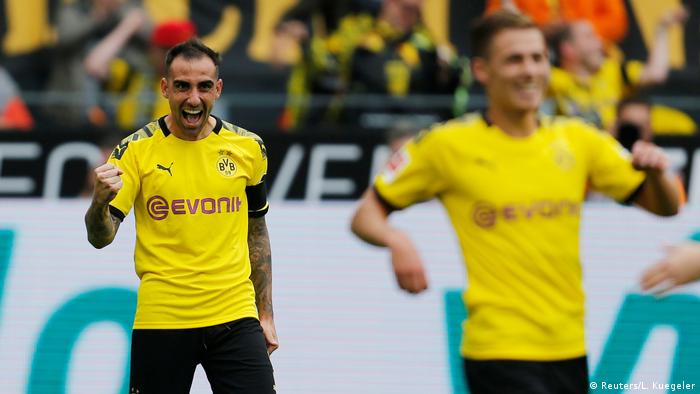 — Bayern Munich have not started this season well. They lost the Super Cup,failed to sign Leroy Sané and then delivered a lackluster performance in their league opener. A draw against Hertha Berlin sees them already playing catchup and likely puts pressure on Niko Kovac. It's been seven years since Bayern last failed to win their opening game, which is also the last year they failed to win the title. But with Philippe Coutinho and Michael Cuisance arriving, everything will be fine now, right?

— Borussia Dortmund, fresh off their summer of spending, kicked off their title challenge with a convincing 5-1 trouncing of Augsburg, largely thanks to an inspired second half where they scored three goals in eight minutes. Paco Alcacer grabbed two as Dortmund's attack clicked. Augsburg goalkeeper Tomas Koubek didn't have the best of days. Shoddy defending saw BVB fall behind after just 31 seconds though, a clear sign that their back line still needs improving.

— Union Berlin's life in the Bundesliga got off to a rocky start. Just 50 seconds after home fans had protested the "marketing construct" of RB Leipzig with an atmosphere boycott, Union conceded the first of four goals. The capital club's decision to try and play out from the back backfired as Julian Nagelsmann's charges dominated. There are 33 games to go, but this was a tough start for Union. 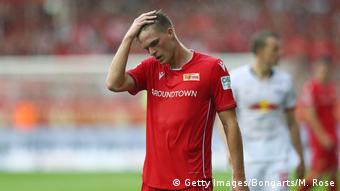 Union Berlin had a tough first game in the Bundesliga

— Leverkusen beat Paderborn in perhaps the most entertaining game of the day. In a 15-minute, first-half spell both sides traded goals to leave things 2-2 at the break. Kevin Volland ended up having the last word, scoring the winner in the second half but if this game was anything to go by not only will Peter Bosz's side be fun to watch this season, so will Paderborn.

— Schalke are hoping for a fresh era under new coach David Wagner and while much has been made of the team unity, there wasn't much to be made of their opening-game draw against Gladbach. A goalless 90 minutes was not the way either side wanted to start the season.

"I think we ran more today than we did all season last year in one game. It was a real good team effort."
Mathew Leckie likes what he saw against Bayern.

"All in all, it's a good start. Nothing more."
Michael Zorc is not getting carried away with Dortmund's blistering start.

"It won't be any easier for a young player to play there than it is for us."
Gladbach's sporting director Max Eberl on Michael Cuisance's move to Bayern

"We got punched in the mouth in the final passage of the game."
Augsburg captain Daniel Baier after the 5-1 loss to Dortmund.

"Whoever knows us knows that we have the balls to play that way."
Paderborn head coach Steffen Baumgart on his side's attacking approach

— Werder Bremen celebrated a big milestone in their loss to Fortuna Düsseldorf. They overtook Hamburg as the most experienced Bundesliga club - making their 1,867th appearance in Germany's top-flight since its inception in 1963. Hamburg sits on 1866 and are currently languishing in Germany's second division.

— Kai Havertz, at just 20 years old, had more appearances in the Bundesliga (88) than Paderborn's entire starting XI (69). Despite an admirable performance in the loss, it could be a very long season for Steffen Baumgart's men.

— Union Berlin became the 56th team to play in the Bundesliga. 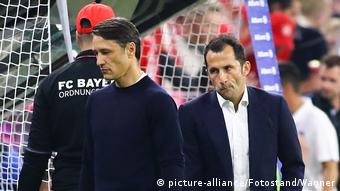 — When a team has just 25% possession, the chances of them grabbing anything but a 0-0 draw are slim. Paderborn lost against Leverkusen, but managed to take nine shots and score two goals. Not bad for about 23 minutes of possession.

While Werder Bremen fans continued their protests against the club signing deal with real-estate company WohnInvest to sell its stadium naming rights was a stirring display of fan support on Saturday, it was Union Berlin fans on Sunday that stole the show. For the first 15 minutes, the home fans delivered their promised atmosphere boycott in protest of the "marketing construct" RB Leipzig. After that, they cheered on their team with raucous support.

Before the game, they also delivered a touching gesture to all those fans who never got to see their team play in the Bundesliga (see the tweet below). According to Sky, those fans were then included in the match attendance as fans who brought the photos of those deceased fans paid the price of a ticket for the club to print the photos.