Bayern Munich reclaimed top spot in the Bundesliga for only the second time this season after another slip-up from Leipzig in an absorbing title race. Elsewhere, Dortmund’s teenage stars stole the show once again. 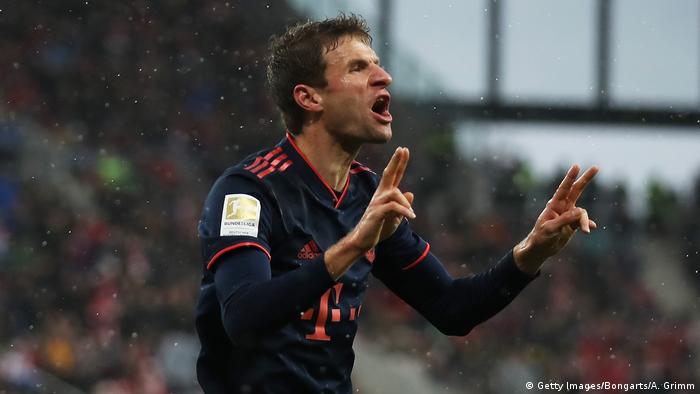 Hansi Flick’s case for a more long-term stint as Bayern Munich head coach is getting stronger by the week. Ominously sat atop the standings, the defending champions boast the Bundesliga’s longest active winning streak, their sixth straight a comfortable 3-1 victory over Mainz.

Frankfurt were the first side to foil Leipzig since October and Gladbach would have been the second were it not for 60 seconds of game-changing hot-headedness from Alassane Plea. The timing couldn’t be worse ahead of a trip to new league leaders Bayern. What was a four-point league lead two weeks ago could be a four-point deficit by this time next week.

Oh to be 19 again! After scoring five goals in 57 minutes, Erling Haaland ONLY managed two in his first Dortmund start against Union Berlin. With Jadon Sancho also tearing things up (see ‘the stats’), BVB have scored five goals in three successive games for the first time in their history to get their title tilt back on track.

— Tobias Stieler: Right or wrong side of the law?

The most talked about man of Matchday 20 was referee Tobias Stieler. His sending off of Plea for twice failing to adhere to the rules regarding player conduct was the turning point of the 2-2 draw between Leipzig and Gladbach. Yann Sommer called for more “tact”, but with the new rules in place, dissent could become a thing of the past.

Freiburg were the overachievers of the first half of the season, but they were well and truly knocked off their perch by Cologne following a 4-0 loss on Sunday. Most had written off the Cathedral City club’s chances of survival when Markus Gisdol took charge, but with four wins in five, the form books tell a different story. 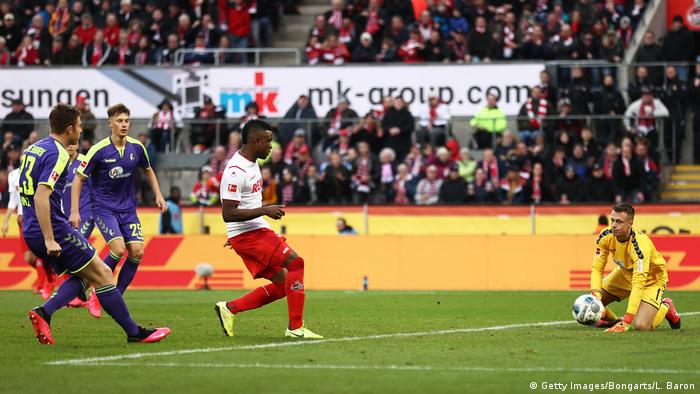 Jhon Cordoba scored the second goal of Cologne's 4-0 rout of Freiburg on Sunday.

"I’m not that blown away. It’s just seven goals. It’ll be a normal Saturday, I’m going to get an early night.”
Dortmund's Erling Haaland when asked whether he’d be celebrating his latest brace.

"Our opponents once again had an outstanding goalkeeper, strangely that happens a lot against us."
Kevin Volland after Leverkusen’s loss to Hoffenheim

"We played poorly"
Freiburg's Lucas Höler is quite clear on what went wrong in the 4-0 loss to Cologne.

"I hope that he doesn’t think this was the World Cup final!"
Gladbach's Marco Rose tries to find the funny side of Christoph Kramer’s latest head injury. 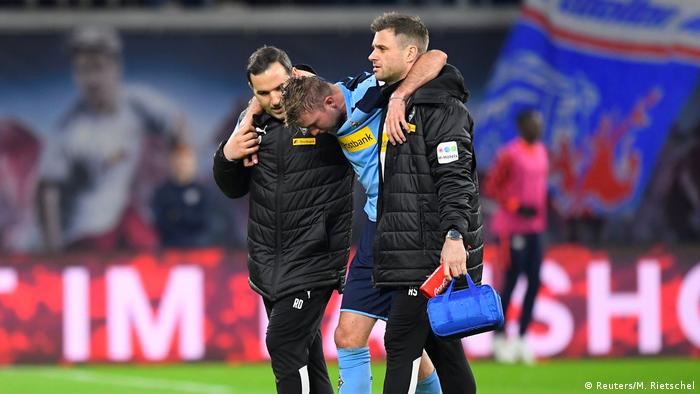 Christoph Kramer to a hip to the head and had to be helped off the pitch in Gladbach's 2-2 draw in Leipzig.

— Jadon Sancho became the youngest player to reach the 25-goal mark in the Bundesliga – he has had a hand in 16 goals in his last nine league outings.

— Alassane Plea picked up as many bookings in 60 seconds against Leipzig as he had in 51 previous Bundesliga appearances – two!

— Augsburg moved into the top half of the table for the first time this season after picking up a first win against Florian Kohfeldt's Werder Bremen in the Bundesliga.

— Kerem Demirbay’s first sending off in the Bundesliga came against his former club Hoffenheim.

— Cologne picked up a fourth straight home win by beating Freiburg 4-0 as Jhon Cordoba became the first Billy Goat to score in six straight games on home soil since Klaus Allofs in 1984.

— Fortuna have survived the drop despite being bottom after 19 matches once before, doing so in 1985/86. Uwe Rösler's stint as head coach started with a draw after conceding a late equaliser against Frankfurt.

— In Bundesliga history, only Werder Bremen’s 1985/86 side can match Bayern’s return of 58 goals scored in the opening 20 games.

There wasn’t much to see on the pitch in Berlin on Friday night as Hertha drew 0-0 with Schalke, but the traveling fans certainly made their presence felt.

The 8,000 Royal Blues supporters displayed a huge banner reading: “Eingetragener Verein.” Roughly translated as “registered association,” the phrase refers to the section of a German football club which contains the voting members. In Schalke’s case, over 160,000 of them.

In order to allow more investment from sponsors and enable more streamlined decision-making, most German clubs “outsource” their professional football teams into separate companies, which are still controlled by the “e.V.” in adherence with the 50+1 ownership rule.

Schalke pride themselves on being one of the few clubs in Germany who have not taken this step, and the fans celebrated by setting off copious amounts of pyrotechnics.