Eintracht Frankfurt blew a 2-0 lead, with Borussia Dortmund turning on the style to win with three goals in the final 19 minutes. A "calm and measured" halftime team talk from coach Marco Rose proved the right approach. 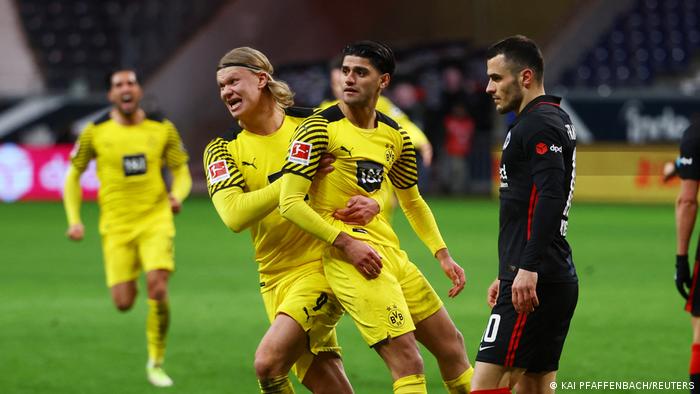 The six-point gap to Bayern Munich atop the Bundesliga remains significant, but Borussia Dortmund had to win this — and Mahmoud Dahoud settled it in the 89th minute with a stunning late winner. An outrageous comeback was complete, with Dortmund having trailed Eintracht Frankfurt 2-0 with 19 minutes to go.

Those 19 minutes included some box office BVB, a team dragging themselves back into a gripping contest through sheer will, with Frankfurt rendered powerless against the beast they had provoked. Steaming from the ears, Dortmund scored three goals — Thorgan Hazard, Jude Bellingham and then Dahoud — in a devastating late spell.

What had preceded that was less box office and more cinematic flop from the visitors' point of view as Frankfurt, who ended 2021 with three straight wins, stormed into a two-goal lead thanks to a Rafael Borre brace.

"We were calm and measured at halftime. We spoke about a few things, the boys listened and we had the feeling that they believed in themselves," Rose said after the game, already eager to take this form into Friday night's showdown with third-place Freiburg back in Dortmund.

"Three points, a bit of distance between us and Frankfurt and a bit closer to the top. I hope that gives us all a boost. We'll see on Friday," he added, with a smile. 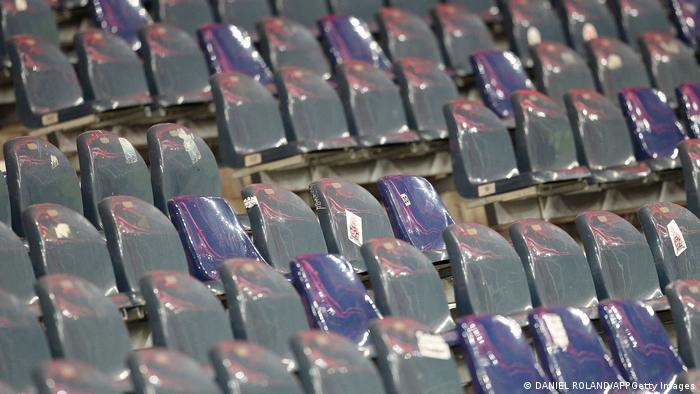 Deutsche Bank Park was empty, as fans remain barred from stadiums in Germany due to COVID

With Frankfurt following the state of Hesse's COVID-19 protocol, no fans from either side were allowed in the stadium. Rose said he missed the emotion of the fans as Dortmund's players celebrated a huge win in an empty bowl.

Asked whether it was an emotional comeback win, he replied: "It would have been if we'd had fans here. Then it would have been really emotional. It was a good win, an important win but you notice, without fans, everything is missing."

With or without fans, this was a night to savor for all those in black and yellow — but Rose's team still have work to do if they are to banish those defensive and psychological weaknesses.

Bayern remain in complete control of the title race, even if Friday's home defeat by Borussia Mönchengladbach set them back a step. Rose is keenly aware that with Bayern faltering, a huge opportunity is opening up for his side, despite the tricky run of fixtures.

"We would all like to make the Bundesliga exciting," he said. "But we all know what Bayern are capable of when they're all fit and healthy."