A Bulgarian court has sentenced the country's former spy chief to 10 years in prison for misappropriating public funds. The former spy chief plans to appeal the decision, describing the trial as "politically motivated." 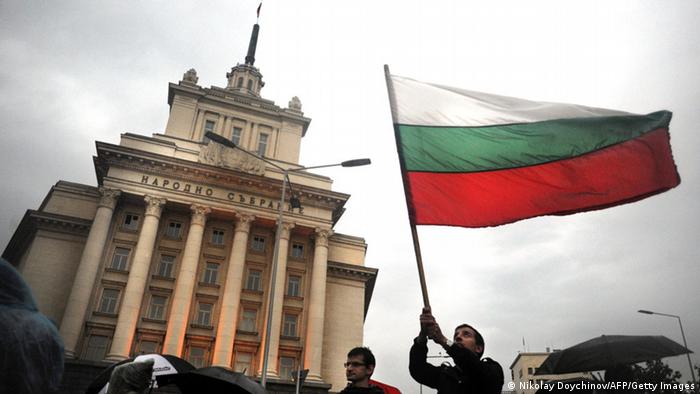 In 2013, protesters disillusioned by corruption and austerity measures forced the government to resign

Former head of Bulgaria's National Intelligence Service Kircho Kirov was sentenced on Friday to 10 years in prison on corruption charges.

The court said on Friday that Kirov received the minimum sentence possible under Bulgarian law, adding that half of his assets would be confiscated.

Kirov, who led the Balkan country's intelligence agency from 2003 to 2012, was accused of misappropriating funds, having falsified more than 1,000 documents claiming expenses and embezzling 4.7 milion leva (2.4 million euros).

Kirov told Bulgaria's public radio station BNR that he plans to appeal the verdict, describing the charges as "politically motivated," adding that the money was used to recruit informers.

"This verdict fits in with the current political climate and is a response to claims imposed on our country by outside factors," Kirov said.

The former spy chief is seen as having close ties with the opposition socialists. He was also against publishing the names of former Communist-era informants and agents after 1990.

The EU, which Bulgaria joined in 2007, has criticized the Bulgarian government for failing to tackle corruption among its ranks.

Friday's sentencing marks the first of a top official on corruption charges.

Can Bulgaria restore trust in politics?

Mass protests of Bulgarians forced the last government to resign. A new caretaker government now has to prepare early parliamentary elections on May 12. But many Bulgarians have lost faith in politics altogether. (13.03.2013)