Bulgarians voted for a new parliament on Sunday after months of anti-government protests. Despite demonstrations and scandals, Prime Minister Boyko Borissov's party is projected to win, but a majority may prove elusive. 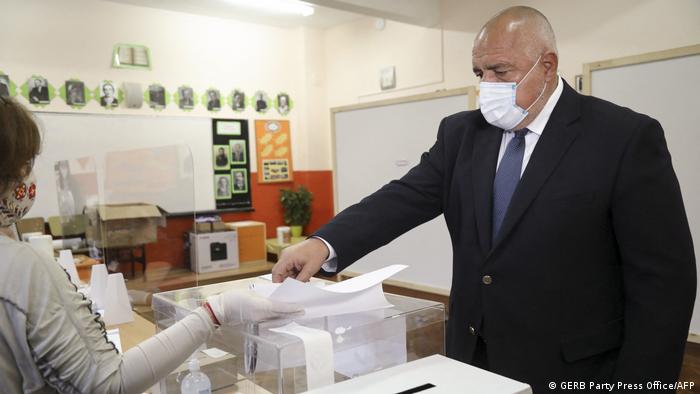 The prime minister and leader of the GERB party, Boyko Borissov, cast his ballot at a polling station in Sofia

Bulgarian Prime Minister Boyko Borissov and his center-right GERB party were set to win the most seats in Sunday's parliamentary election with about a 25% share, an exit poll by Gallup International suggested.

A separate poll by Alpha Research estimated the party's share at 25.7%.

GERB is expected to struggle to find allies to form a stable governing coalition in a more fragmented parliament.

The exit polls suggest that anti-government protest parties did better than expected.

In power for almost a decade, GERB has seen its support eroded by a series of scandals and protests.

Who's in the running?

Ahead of the election, polls had shown GERB garnering up to 29% of the vote, which would give it 76 seats in the 240-seat legislature.

The main challenger to GERB, the Socialists, lay about five to 10 percentage points behind the frontrunner. 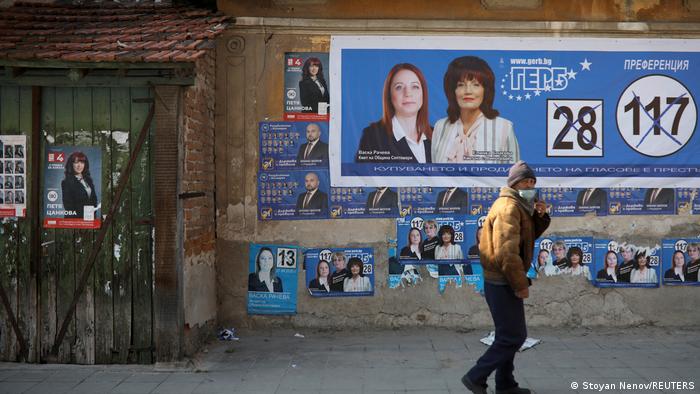 Several smaller political groups are riding on the wave of strong anti-government sentiment and were projected to pass the 4% threshold to enter parliament for the first time.

One such party, led by a popular television entertainer, is expected to finish third.

Some 6.7 million people were eligible to vote at 12,000 polling stations.

Borissov, who is seeking a fourth term, has avoided all contact with the media since the demonstrations over alleged corruption.

He has instead focused on social media to highlight campaign trail visits to the countryside with the slogan: "Work, work, work!"

It's thought that GERB will emerge weakened after "a build-up of discontent" over its alleged links with the country's oligarchy.

He added that this could make it difficult to form a government.

"It's the absence of an alternative due to the fragmented and unconvincing opposition that explains GERB's hegemony," said Todorov.

The vote for the incumbents — strongly criticized because of a perceived ineffective response to the pandemic could be boosted by a lower turnout because of fears of infection with the coronavirus, as well as the absence of postal or proxy voting.

Bulgaria set for third election this year in November 11.09.2021