Bulgaria offers COVID vaccinations to everyone | Europe | News and current affairs from around the continent | DW | 26.02.2021 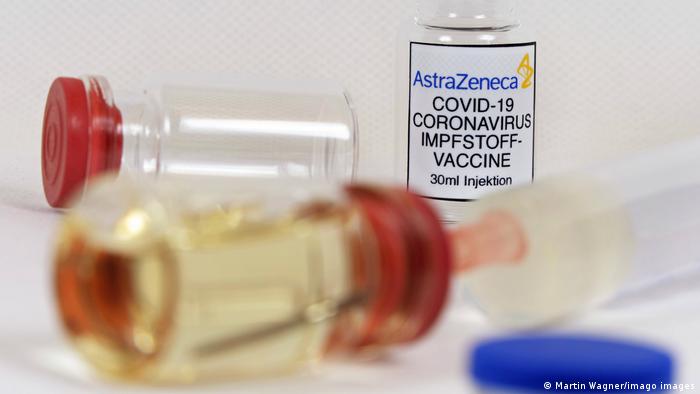 It's 3 p.m. on February 21. A long queue has formed outside Sofia's Military Medical Academy, the Bulgarian capital's biggest facility of this kind. I've prepared to wait in line for a few hours for my vaccination.

But soon, I'm approached by a man telling me "everyone without an appointment who wants to get the AstraZeneca shot can go inside." Two minutes later, I'm sitting inside a large room, filling in paperwork declaring I am aware of potential side effects caused by the AstraZeneca vaccine and will contact doctors should they occur. A nurse tells me to add my phone number as I'll be receiving a follow-up call in six to seven weeks. After this formality, I'm ready to get the jab.

I am told to take a seat in cabin number four. After a minute, a doctor comes in to check on me, asking how I am feeling. I tell him I feel "perfect." He wants to know if I have any allergies or preexisting medical conditions. I tell him I have none and he readies the syringe. 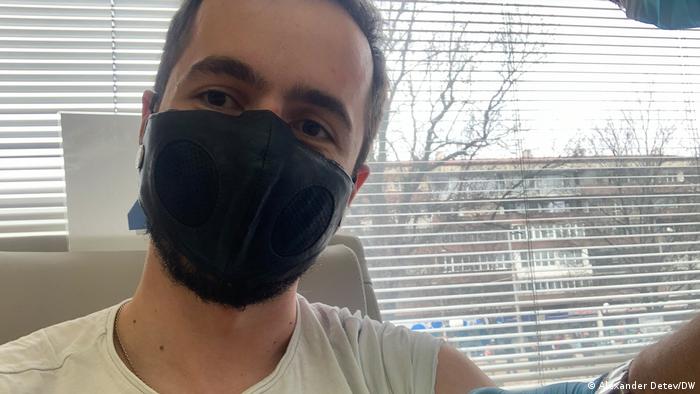 DW's Alexandar Detev was quick to take up the vaccination offer

"OK, you are young and healthy, so you might experience a strong reaction, mainly fever, fatigue and a headache," says the doctor. He tells me that I must contact the facility if symptoms persist for more than 24 hours, though he assures me nobody has experienced this so far.

The doctor explains that young peoples' more active immune systems cause more severe immune responses. I receive my jab and ask the doctor whether I'm allowed to take a selfie — I simply have to document this moment. "Yes, absolutely," he tells me.

I'll receive a call in six weeks to make an appointment to receive my second dose. I did not experience a strong reaction after my first. I did feel tired and a tingling sensation in my hand, just like with other vaccinations. Some friends of mine had a fever but it passed after a day.

"As long as they wait, hesitate or refuse [to get vaccinated], we will vaccinate all those that want to," Bulgarian Prime Minister Boiko Borisov said last weekend. This means any Bulgarian citizen who wants to get immunized can get a jab — regardless of whether he or she has a high vaccination priority. All you need to do is show up to a vaccination center during opening hours — afternoons on weekdays, or around the clock at the 24-hour vaccination center — and that's it.

How is this possible? One main reason is that many Bulgarians classed among the top three priority vaccination groups do not want to get the jab. Many Bulgarians are skeptical: According to a AlphaResearch poll published on February 18, a mere 10% of Bulgarians are willing to inoculated, while a staggering 52% have refused.

On February 23, a total of 1,925 new coronavirus infections were registered in Bulgaria — a record number of cases for this year. Despite a spike in infections and hospitalized patients, Bulgaria will allow the hospitality sector to reopen on March 1. Borisov, who faces parliamentary elections on April 4, is seemingly looking to strike a balance between reopening the country and keeping certain safety measures in place to counter the growing number of new cases. 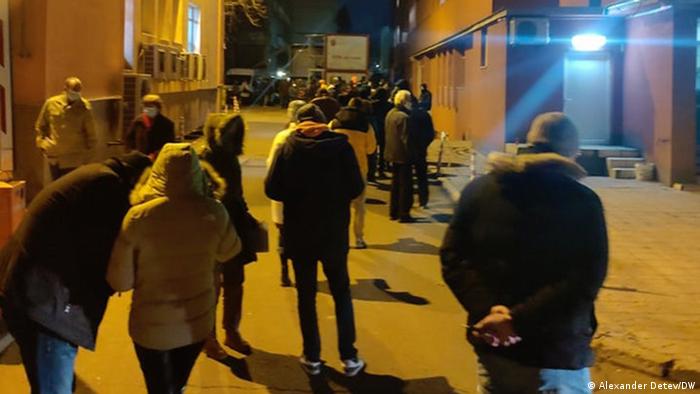 Back in the autumn, Bulgaria was confronted with overwhelmed hospitals and insufficient beds for all the coronavirus patients. Borisov hopes the country's vaccination drive will improve matters.

He has also joined calls for a European vaccination certificate, announcing on Thursday that he agreed with Austria, Greece and other countries that a Europe-wide certificate should be introduced granting everyone who has been vaccinated certain liberties.

Bulgaria is offering AstraZeneca jabs for all low-priority citizens, with BioNTech-Pfizer and Moderna vaccines reserved for everyone involved in organizing the upcoming parliamentary elections. Authorities have said the reason is that two doses of the BioNTech-Pfizer and Moderna vaccines can be administered in relatively quick succession. Election officials and observers, therefore, will be vaccinated in time for the April vote.

Everyone else requesting a BioNTech-Pfizer or Moderna jab must go on a waiting list. As soon as the manufacturers have provided enough doses, citizens will receive an appointment. At this time, some 10,000 to 15,000 people are vaccinated each day in Bulgaria.

In a recent radio interview, Chief State Health Inspector Dr. Angel Kunchev said the country had ordered sufficient doses for everyone. But on Thursday evening, the Health Department suddenly announced that the AstraZeneca vaccination campaign would have to be paused until at least next week, due to a delay in vaccine deliveries.

The country is administering a mere 1.72 vaccinations per 100 citizens — the lowest statistical rate for any EU country. If the new liberalized vaccination rules are kept in place, however, this could change. After all, one-quarter of all vaccinations were administered in the past four days alone. It's hoped that by summer, Bulgaria will have established herd immunity.