Bulgaria corruption in spotlight after journalist Viktoria Marinova′s murder | Europe| News and current affairs from around the continent | DW | 10.10.2018

Journalist Viktoria Marinova's murder has shifted global attention to Bulgaria's ongoing corruption woes. While Western media have been quick to link her killing to her work, experts say more careful reporting is needed. 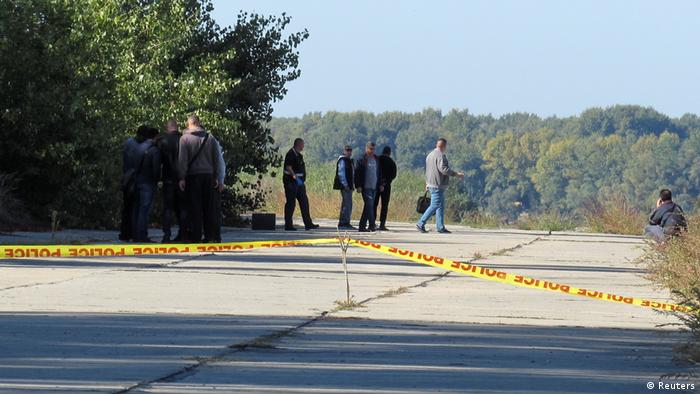 On Saturday, the body of Bulgarian television journalist Viktoria Marinova was found in the city of Ruse, near the Danube River. She had been robbed, raped and murdered. Several days prior, Marinova had aired an interview on local Bulgarian television station TVN with two journalists from online investigative website Bivol.bg who had investigated and exposed corruption and the embezzlement of European Union funds in the country. Their findings had already been known for several weeks, but many people nevertheless immediately drew a connection between Marinova's murder and the graft revelations.

It's hardly a surprising conclusion. In its 2018 report, Reporters without Borders placed Bulgaria 111th in the world in terms of press freedom — the lowest ranking in the EU and the entire Balkan region. Now, international media organizations including the Association of European Journalists, as well as the EU and United Nations, are expressing grave concern over Marinova's murder and demanding a swift investigation into her death.

Marinova's death has focused attention on the reporting by Bivol.bg. The country's prosecutor general, Sotir Tsatsarov, has announced that the authorities are now looking into money laundering and have frozen some €14 million ($16 million) in funds. Tsatsarov did not, however, say which individuals are under investigation.

German journalist and Bulgaria expert Frank Stier believes that in future the country will be more thoroughly scrutinized before EU funds are distributed. "There is really nothing good about a gruesome murder like this," he said. "But Ms. Marinova's murder has led the European Commission to more closely examine Bivol.bg's findings, and to urge Bulgaria's authorities to shed more light on the case."

On Tuesday, German police arrested a 21-year-old Bulgarian suspect in connection to Marinova's murder. Mounting evidence seems to suggest Marinova fell victim to a spontaneous attack and sexual assault, rather than being deliberately targeted for her work as journalist.

Daniel Kaddik, who heads the Sofia office of the Friedrich Naumann Foundation, a nongovernmental organization affiliated with Germany's business-friendly Free Democratic Party, believes Marinova's murder has shed light on the inner workings of the Bulgarian state, and concedes that the case looks suspicious.

"Given Bulgaria's serious problems with press freedom and democracy, it is understandably being asked whether Marinova's murder could have been linked to her work as a journalist," Kaddik said. "What I find dangerous, however, is that many Western media outlets are already fully convinced the crime had something to do with her job."

The question that should now be asked, he believes, is whether "the Western media insisting this was a deliberate murder could be counterproductive in Bulgaria's fight for more press freedom and against corruption?"

Journalist Michael Martens, who writes for the German daily Frankfurter Allgemeine Zeitung and is also very familiar with Bulgaria's media landscape, shares Kaddik's view, urging "unbiased journalists" on Twitter to consider both scenarios in their reporting.

The exact details of Marinova's tragic death are yet to be established. But whatever is ultimately revealed, her case has caused the media to re-examine the dismal state of press freedom and rampant corruption in Bulgaria, as well as the lack of action from the authorities in Brussels when it comes to addressing it.

At the same time, stressed journalist Frank Stier, it is important that the press be careful in jumping to conclusions. "Claims that prematurely linked the murder of Ms. Marinova to her work, as were made by the media and international organizations like the European Commission and even the UN, were akin to an avalanche," he said. "I think the media should have been more cautious in its reporting."