Increasing numbers of Germans are switching off their worries along with their mobile phones and immersing themselves in Buddha's teachings. 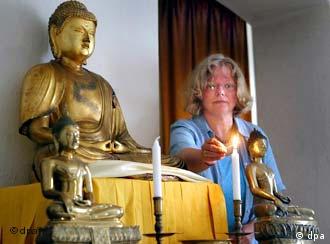 Not Bangkok, but Berlin

It's a tranquil scene repeated every evening at Hamburg's Buddhist Center, one of the largest in the Germany.

Around a hundred Germans, among them doctors, architects and harried advertising executives, arrive at the building, take off their shoes, switch off their mobile phones and settle down on cushions arranged on the floor of a large light-filled room to meditate.

The atmosphere is relaxed, some hold rosaries in their hands, others look expectantly at pictures of the Buddha on the wall. "We're reflecting about cause and effect, about the fact that we decide ourselves what happens in our lives," 43-year-old Juliane, who leads the meditation, told the news agency dpa.

Juliane said that many who came to the center were disappointed by Christianity but were still looking for a sense in life. "They realize that making money and consuming things isn't everything," she said.

"We tend to link our happiness to conditions, to outer things. Buddhism teaches us that those things don't make us happy, rather it's our attitude to them that does," she added.

"An alternative to materialism" 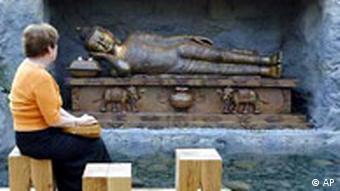 A visitor looks at an original Nepali statue of a reclining Buddha at a park in Bremen, Germany.

The Hamburg center, which follows the teachings of 63-year-old Danish Buddhist leader and former boxer Ole Nydahl, is just one among several Buddhism centers that have cropped up in the country in recent years.

Books both by the Dalai Lama, Tibetan Buddhism's spiritual leader, and by other Buddhists on topics ranging from healthy living to making money are turning up on bestseller lists. Even the country's sensationalistic tabloid Bild recently featured sayings by the Dalai Lama in its headlines. The eastern religion is enjoying an unprecedented boom in Germany.

German celebrities who have embraced Buddhism, such as singer Nina Hagen, actor Ralf Bauer and soccer player Mehmet Scholl, have increased the 2,500-year-old religion's visibility. Its emphasis on inner peace is all the more relevant in a country made unsure of itself as its economy falters, unemployment rises and questions hover over the future of its pension and social security systems.

"Buddhism is becoming increasingly attractive as an alternative to materialism," Hamburg-based German indologist Hans Gruber said recently. "It's the subtle unease about a culture, about a progressive economic and lifestyle system that has conclusive answers to everything, but can't do anything about inner turmoil."

Buddhists in Germany on the rise

Since the German government doesn't keep any statistics on the religion, no one knows the exact number of Buddhists in country. The German Buddhist Union (DBU), an umbrella organization of 52 groups, estimates there are around 100,000 Buddhists of German origin in the country.

In addition, a further 120,000 foreigners -- mainly Vietnamese and Thai -- living in the country are practicing Buddhists. 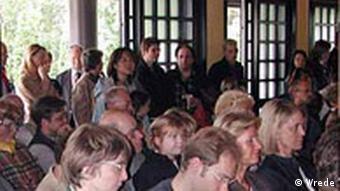 German buddhists at a center in Düsseldorf

What is clear however is that the number of Buddhist communities in the country are steadily rising: from 15 groups at the beginning of the 1970s to over 600 today.

From intellectuals to hippies

Buddhism, however, is hardly a new phenomenon in Germany.

The eastern religion first surfaced when Karl Seidenstücker founded the world's first "white" Buddhist congregation in Leipzig in 1903. Shortly after, for the first time a German man became a Buddhist monk.

In 1924, German doctor Paul Dahlke founded the first Buddhist center in a villa north of Berlin. The religion, however, stayed the preserve of elite intellectual circles until the late 1960s.

Then hippies and other spiritual-seekers attracted by eastern wisdom transformed it into a more accessible religion practised in incense-filled rooms in German suburbs.

Much has changed since then. 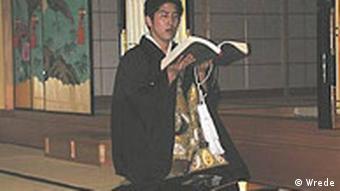 A Buddhist monk at a center in Düsseldorf

Today Buddhist communities in Germany are buying up former monasteries and building new meditation halls. In Hamburg's famous red-light St. Pauli district, a group of 40 young Buddhists are turning an old shipyard into a spiritual center.

The Tibetan Center in Hamburg now offers a seven-year study of Buddhism and the religion is now an official subject in some schools in Berlin.

Resorts in Allgäu and Eifel offer stressed-out urbanites Buddhism seminars and a peaceful getaway; a group of former corporate managers have set up a European Zen Academy for company managers in Münster; and a city park in Taucha in Saxony is being transformed into a Buddhist monastery.

Christoph Bochinger, professor for religious social studies in Bayreuth is clear that the religion's emphasis on empathy, wisdom and the "love your neighbor" credo has an enduring appeal for Germans. In an interview with news magazine Stern he said, "even traditional church goers are looking for a spirituality that makes them feel good. Buddhism comes very close to this mentality."

As the 100th anniversary of the founding of the first Buddhist congregation in Germany approaches, the Dalai Lama plans to visit the country. (May 28, 2003)